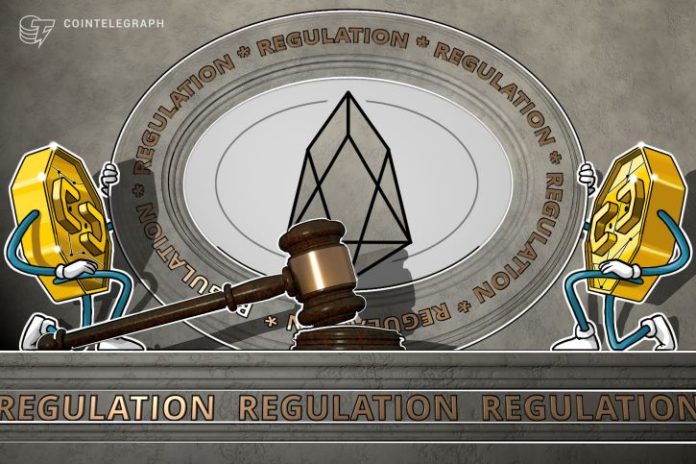 EOS block producers (BPs) have reportedly received an emergency order to refuse to process transactions for 27 accounts, according to a tweet posted yesterday, June 22.

The authorities in EOS just instructed the block producers to censor transactions from 27 accounts with no reasons given.

Twitter user @ferdousbhai, who tweeted the screenshot of the alleged EOS Core Arbitration Forum (ECAF) order, wrote in the comments that he obtained the image from a private Telegram group for EOS BPs as his team is a block producer candidate.

The unconfirmed screenshot of the ECAF order notes that the accounts are to be frozen “pending further review of the claims by an Arbitrator,” and that the “logic and reasoning” for the order will be posted at a later date.

Sam Sapoznick, who signed the order as the ECAF Interim Emergency Arbitrator, describes himself as a “blockchain realist” on his LinkedIn with his most recent job listed as a landscaper at “Gardens From Here” for the last nine years. Neither the ECAF nor Sapoznick have responded to a request for confirmation from Cointelegraph by press time.

EOS BPs had come under fire from crypto Twitter earlier this week when they had overridden an ECAF decision and frozen seven accounts associated with phishing scams. The ECAF later retroactively ordered the accounts frozen, but the publicized EOS BP conference call-based decision process has caused some to question EOS’ decentralized system.

Bitcoin (BTC) advocate Charlie Shrem, who had tweeted about the first EOS account freezings earlier this week, retweeted the alleged screenshot of the EFAC order yesterday:

EOS’s path to launch their mainnet this June had already hit a few snags after finishing their $4 billion Initial Coin Offering (ICO) on June 1. Their mainnet went live on July 15 after the 15 percent – or 150 million – positive vote threshold was crossed, but two days after the launch, the mainnet experienced a four-hour “pause.”

Blockchain has made the headlines for the past few months, but the technology is still at its nascent stage and...