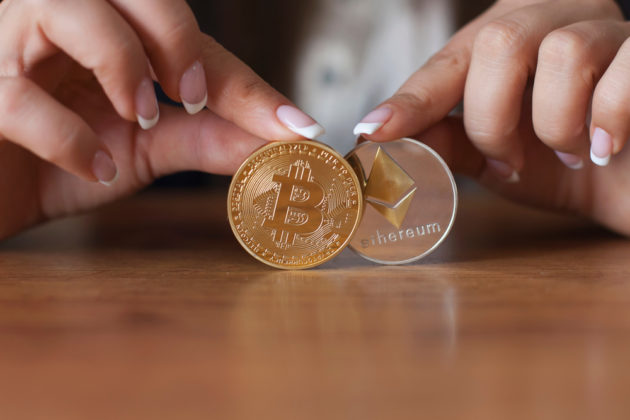 ETH Breaks Away From BTC

The popular cryptocurrency analyst said in a tweet today that the ETH/BTC trading pair is looking stronger ever since the quoted asset Bitcoin has started underperforming. The benchmark cryptocurrency has corrected by as much as 18.82 percent from its local swing high of $10,540.59 established on October 26.

Over the course of the same timeframe, Ether has jumped by as much as 14.65 percent against bitcoin, showing a negative correlation between the ETH/BTC and BTC/USD trading instruments.

This divergence suggests that Ethereum is stealing attention away from the leading asset right now, which could lead to a significant bull run soon.

ETHBTC is gearing up to make a new high.

Meanwhile, against the US dollar, Ether has been trending sideways. The cryptocurrency was still performing better than bitcoin against the greenback, down only by 7.44 percent from its local high of $199.50.

Elixium added that like Ethereum, the entire altcoin market is standing near a critical support level, awaiting a wild bounce back.

Altcoins are holding right above a critical market cap support level. Any kind of rally here is going to result in huge [percent] increases in their USD values 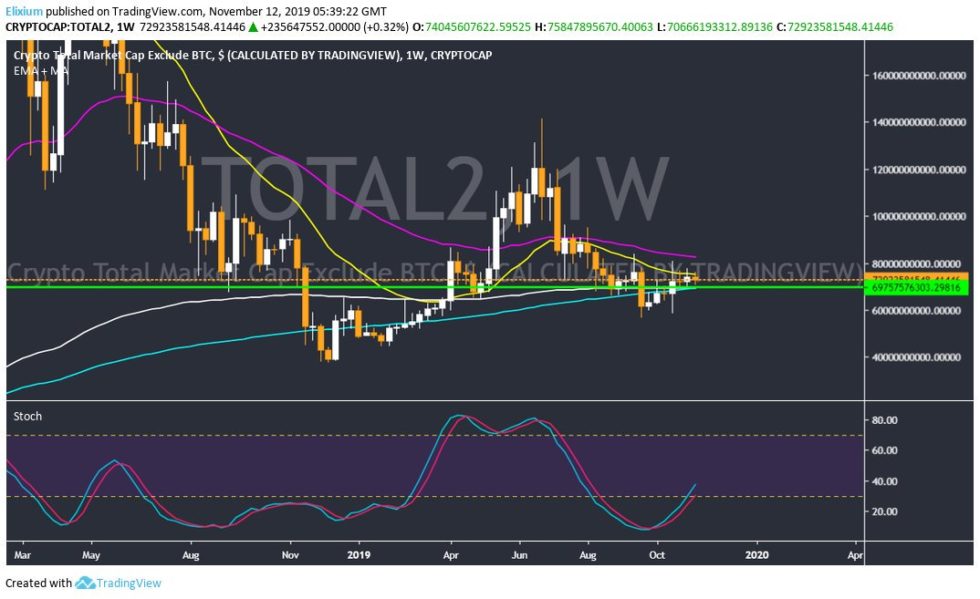 The altcoin market cap was trading more than 18 percent higher from the lows established on October 26. The move shows that traders moved their dollars into the rival cryptocurrencies like Ethereum after Bitcoin’s uptrend exhausted.

The current bounce back in Ethereum-Bitcoin markets came as a part of a larger upside correction which started on September 6. Before the said date, the ETH/BTC pair had fallen by more than 61 percent in value from 2019’s high of 0.041. As of now, the pair is up by 30 percent, trading at 0.0212 BTC, meaning it is still halfway before it can reclaim its year-to-date top. 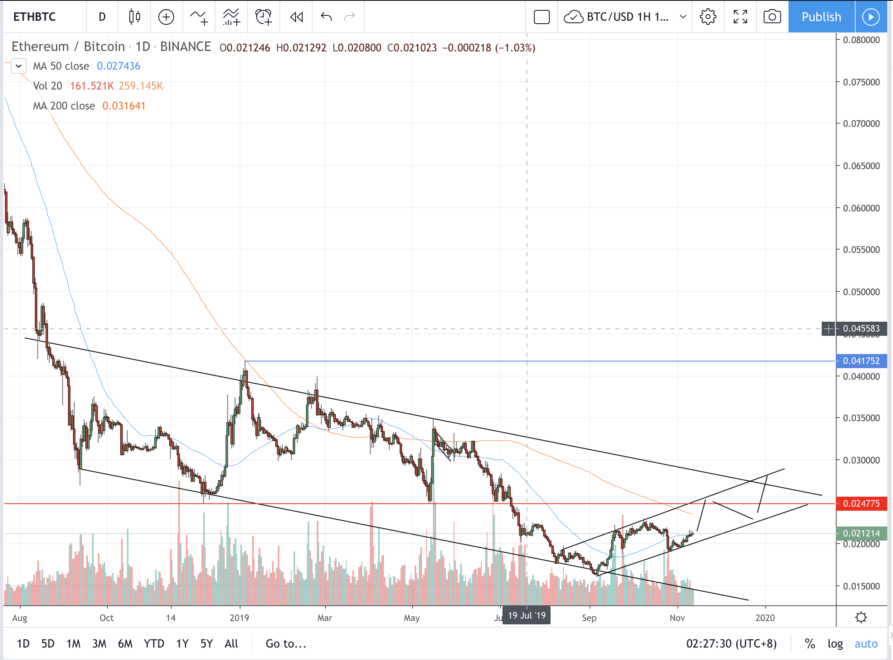 Ether’s bounce for now, correlated with bitcoin’s underperformance. That means bitcoin’s bullish revival can negate Ether’s profits as well. And going by the former’s growing relevance on a macroeconomic scale, there is a better likelihood of it multiplying its gains in the near future. The uncertainty over the US-China trade war and Brexit, coupled with the quantitative easing and rate cut programs in Tier 1 economies, makes a decent use case for Bitcoin. On the other hand, Ethereum’s bullish bias comes from its use in decentralized applications.

Yesterday, the Ethereum network processed the most activity in its history. pic.twitter.com/gWxkEad6z7

Analyst Josh Olszewicz, nevertheless, thinks Ether needs to cross above a psychological resistance range defined by $188-198 before it could even think about an upside breakout. He tweeted:

e2e continues to grind towards inevitability

Do you think ETH’s recent rise against BTC foreshadows an imminent bull run?  Add your thoughts below!