After Labor Day weekend, many ETH-USD traders were surprised to find a 30% market drop over the course of 3 days. After an initial drop to the $330s, the ETH-USD market suffered another blow as China announced it will be banning ICOs and conducting rigorous investigations into several of the newer coins such as NEO and OMG. This announcement from the Chinese government prompted several large Chinese exchanges to begin delisting coins under investigation. After all was said and done, the drop to $280 marked a 38% retracement since ETH-USD bull run from $130 to $400 values: 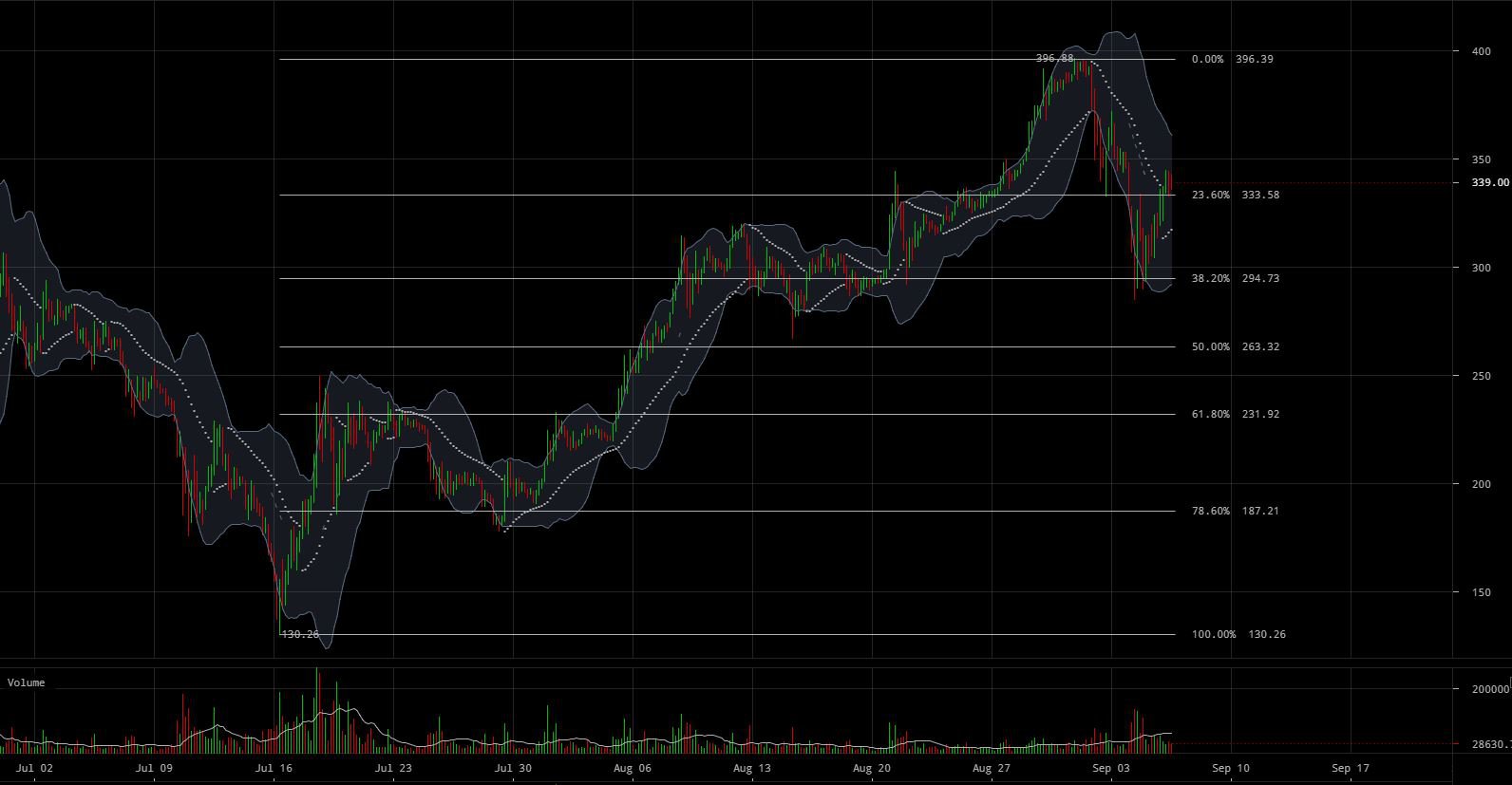 Looking closely at the current trend, we can see a potential bearish continuation pattern called a “Bear Flag”: 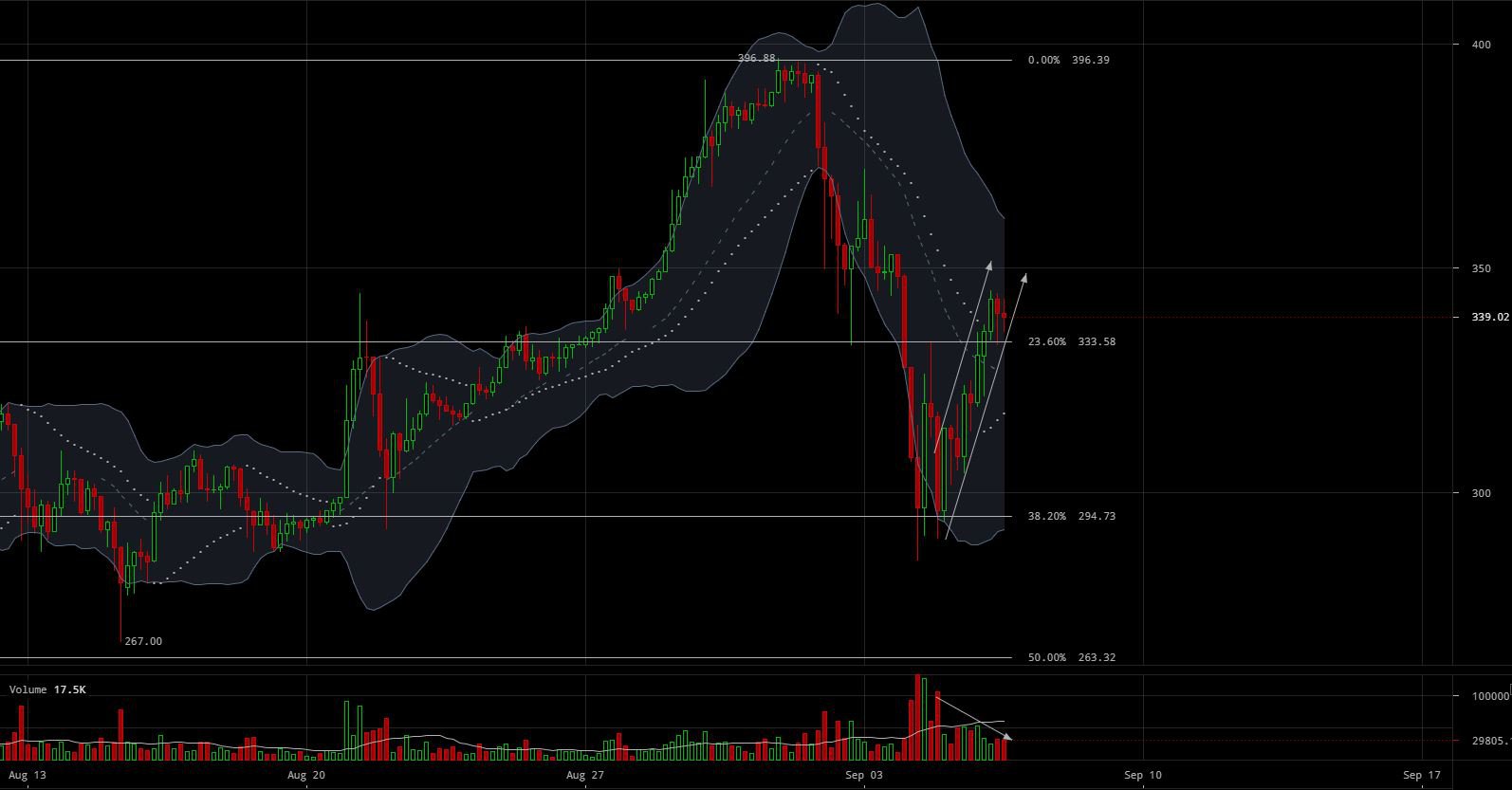 A Bear Flag is a bearish continuation pattern that is characterized by higher highs, higher lows, and decreasing volume. Bear Flags are found at the bottom of bear runs and are sometimes referred to as “Bull Traps” because bullish traders are often caught in these patterns by mistaking the rally for a macro trend reversal.

Typically, the Bear Flag is formed by strong bullish traders buying what they predict is the bottom of the bear run. The initial purchasing power of the bulls begins to push out the bears who either wish to take profit or were late to the bear run — this is called a “short squeeze.”

However, one key characteristic to watch out for in trends like this is the drastically decreasing volume throughout the length of the run. The decrease in volume essentially shows the lack of buyers in the market as the price begins to climb, level out and ultimately reverse.

To calculate where the potential price target of this Bear Flag is, we must first calculate the “pole length” of the flag: 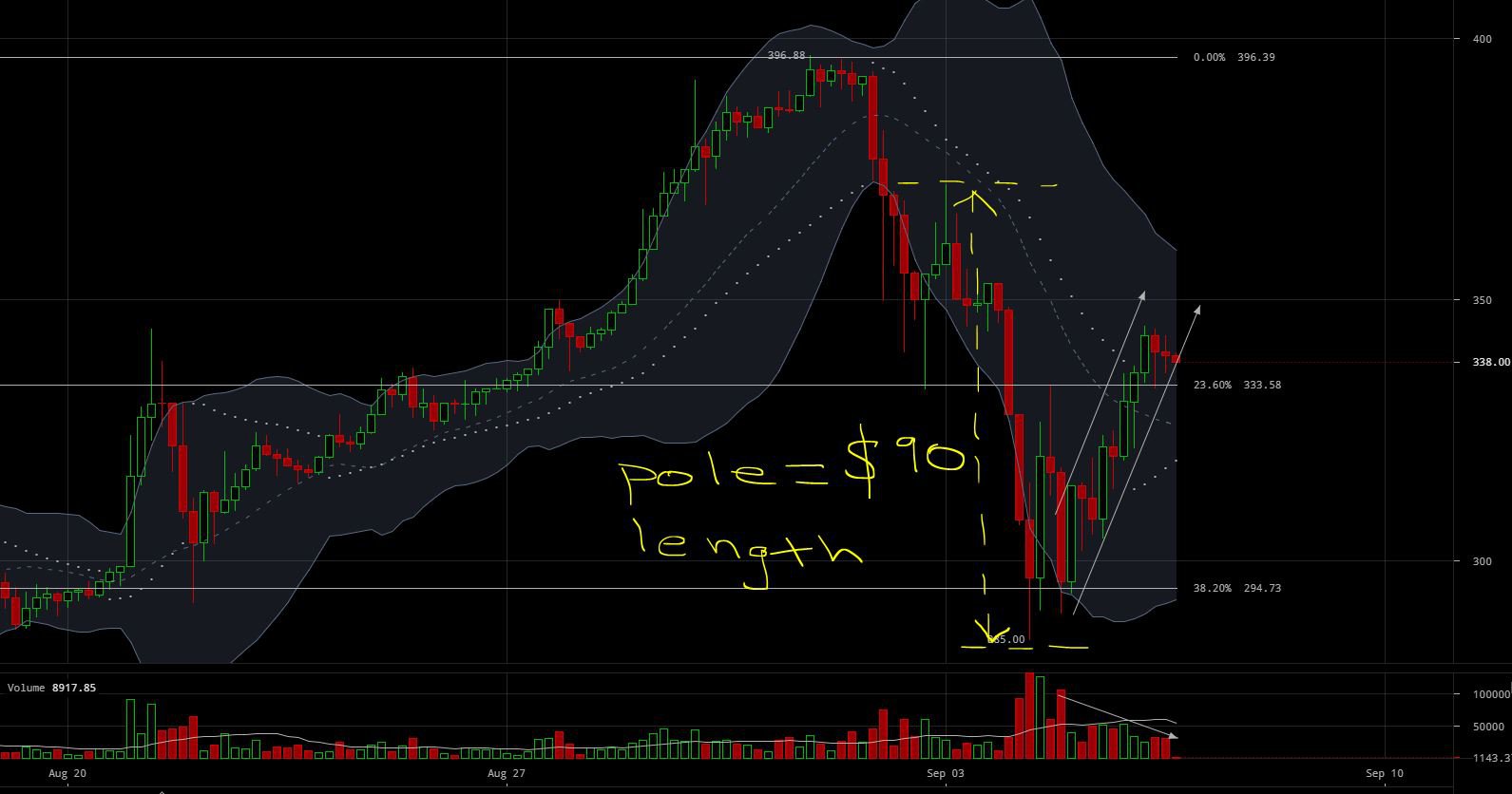 If this pattern breaks down and proves to be a successful Bear Flag, we can expect to see an approximate $90 move downward from the point of breakout. In our case, we could expect a retest of the of the 38% Fibonacci Retracement values ultimately leading to a test of the 50% retracement values shown in Figure 1.

As always, it is paramount to confirm the trend before trading it. Although Bear Flags are strong patterns and tend to have a high degree of success among some of the more seasoned traders, it is entirely possible the market could see a flood of volume to propel the price higher; alternatively, the price could simply level off and consolidate sideways. There is no rule that states “the market must continue downward.” However, for those looking to trade this pattern, it is advisable to wait for a downward price movement to be confirmed with strong, bearish volume. 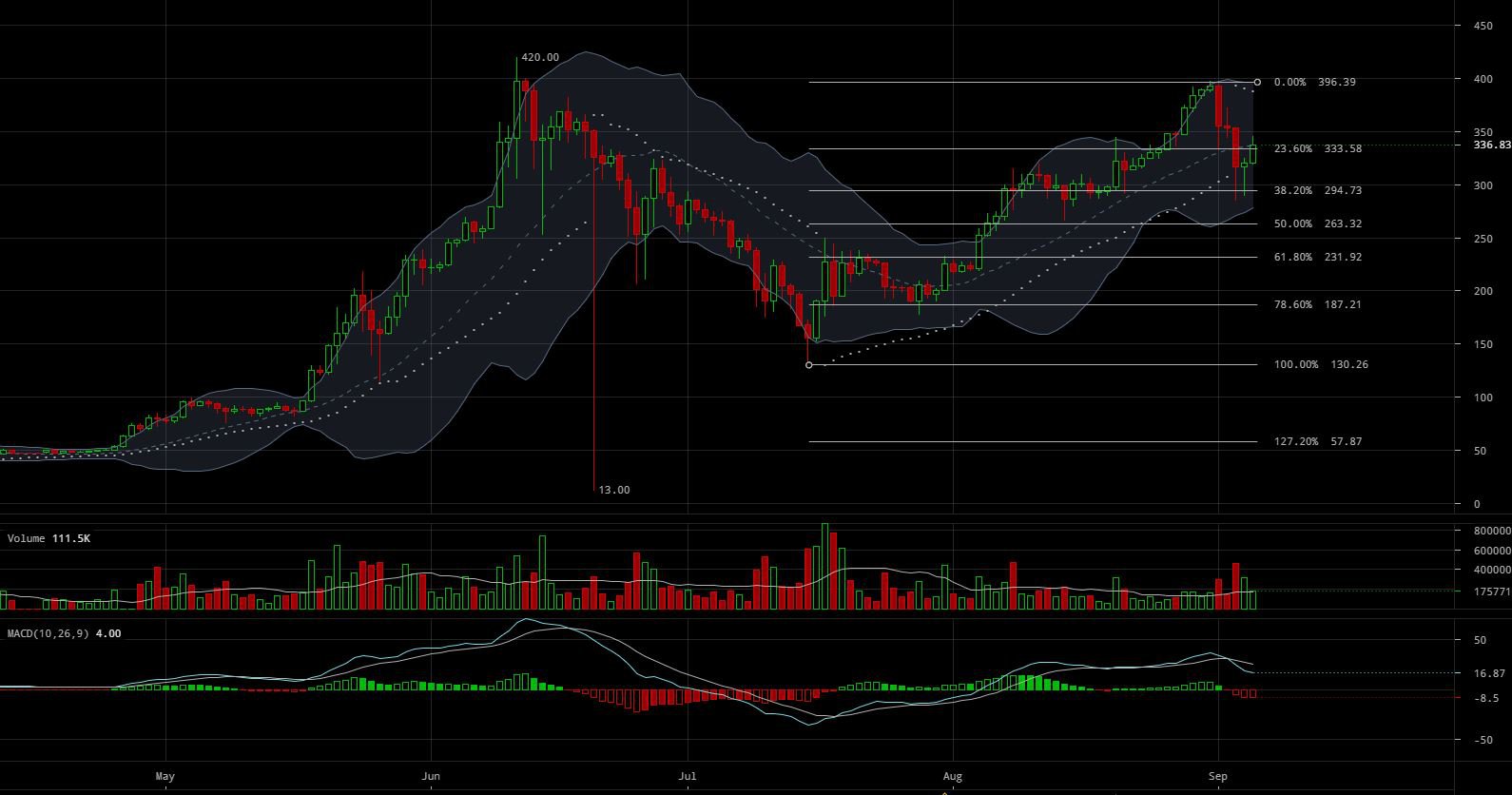 Zooming out to the 1-day candles, we see indications that a sustained bear market could be in store for ETH-USD. The 1-day candles reveal a bearish MACD with no clear signs of divergence (bearish momentum loss). A bearish macro MACD and waning volume on the lower timescales is a great indication of a potential prolonged bearish continuation.