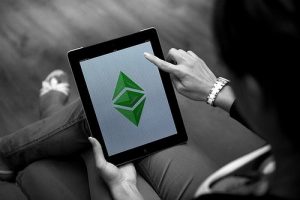 Blockchain-powered social network Minds has confirmed it will be migrating its platform from its Rinkeby test network to the Ethereum-powered network ahead of its live launch. The platform which already claims to have over 1.25 million users registered, has been running on its test network for the last four months. Prior to the decision to migrate over to Ethereum, Minds’ users were racking up test tokens for use on the test network. However, when the platform migrates over to the Ethereum-powered network, its users will be able to receive the brand’s new live tokens via a free airdrop distribution.

Minds CEO Bill Ottoman has confirmed that the platform will require a 24-hour cessation in peer-to-peer transactions between Minds users via the Wire and Boost functionality while the move takes part. Ottoman has moved to reassure users that this is essential to guarantee that the airdrop to existing users of the beta platform accurately reflects their balance of earnings before the migration.

Minds.com launched its decentralized social media platform back in 2015. It has since generated more than 73 million unique page views. The concept is to offer a blockchain-powered alternative to Facebook. The Minds Crypto Social Network is to become a fully-functional distributed application (dApp) on the Ethereum blockchain for all mobile and web devices. According to Minds’ very own whitepaper, their unique model is designed for content creators wishing to take back their freedom of speech online while also controlling their revenues and overall social reach.

With censorship, algorithmic manipulation and network surveillance at an all-time high, Minds is designed to offer social media users a credible, decentralized alternative. Elizabeth McCauley, Business Developer at  Minds, said: “When governments crack down on free speech and team with centralized social media surveillance companies, Minds provides a refuge for individuals seeking an avenue for global interaction and idea exchange”.

The native rewards system for the Minds platform is based around its ERC-20 utility token issued on the Ethereum blockchain. The tokens will be needed for users of the Minds social platform to monetise their content via a peer-driven, incentivised rewards system. Minds tokens can be used to subscribe to or reward content creators across the platform. The most popular social posts will also be rewarded with additional tokens as part of the Minds Daily Reward Pool. Aside from the monetisation of exclusive content on the Minds platform, it will also feature a string of services such as encrypted peer-to-peer messaging, 100% secure and anonymous accounts and an advertising model that’s not based on user tracking a la Facebook.

The Minds.com beta launch saw exponential growth in its user base between June 2017 and December 2017, with users up from around 650,000 to 1,000,000 registered members. The beta platform introduced the concept of Minds “Points”, which are earned by users by interacting with the platform – e.g. checking-in, commenting or posting fresh content. Points are also generated through purchases based on shares, views and other rewards across the Minds network. The beta saw users generate more than one billion Points through the rewards system.

Should Minds continue its surge in support among social media users that like the idea of decentralized content control, it will almost certainly benefit the overall reputation of Ethereum and could influence its medium-term price for crypto investors looking to buy Ethereum in the near future. Minds’ dApp is expected to become the largest and move active application on the Ethereum network. The team behind the platform believes that the high transaction volume on the network will breathe new life into Ethereum. Certainly, there have been concerns regarding the long-term scalability of applications on Ethereum, having recently experienced costly delays after instances of high-volume traffic. However, Minds is designed to operate as a “hybrid on-off chain” platform whereby some of the transaction volume among users takes place off-chain, preventing the Ethereum network from grinding to a frustrating halt.

At the time of writing, many users of Minds.com are located in Western Europe and America. However, it experienced a surge of interest in south-east Asia, with a recent law passed in Vietnam allowing the Vietnamese government to censor social media content and have 100% access to individuals’ social media accounts. This decision has angered many in Vietnam – and with Facebook and Google admitting it will move to comply with Vietnam’s new legislation, Minds has moved into the foreground of people’s thoughts on decentralized social media here.

As with any burgeoning service, with great power comes immense responsibility and finding a way to guard against the exploitation of its censorship-free platform will be key to Minds’ longterm success and its ability to breathe new life into Ethereum’s prospects and value for those seeking to buy Ethereum in 2018.