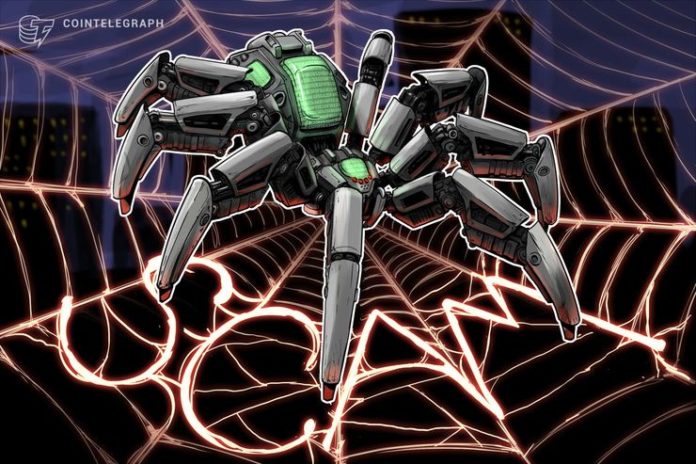 Europol’s new cybercrime report has found that Bitcoin (BTC) remains the most popular form of crypto for illicit uses, but predicts a rise in the popularity of anonymity-focused altcoins such as Zcash (ZEC) and Monero (XMR). The report, the fifth edition of Europol’s Internet Organised Crime Threat Assessment (IOCTA) to date, was published yesterday, September 18.

According to Europol, even as Bitcoin’s market share dropped as low as “35 percent in early 2017,” it remained the most “commonly encountered” crypto in cybercrime investigations across the European Union.

Europol anticipates that while Bitcoin for now dominates the landscape, anonymity-focused altcoins that offer the protection of “stealth addresses” are likely to gain traction and potentially make “current [crypto] mixing services and tumblers obsolete.”

For example, among jihadist networks, Europol found that mass donations in the form of Zcash were popular among those who donated to campaigns in Islamic State (IS)-affiliated websites, although it noted that the use of crypto by terrorist groups has so far been limited to “low-level transactions,” and does not account for a significant share of their funding stream:

“Despite the clear potential, none of the attacks carried out on European soil appear to have been funded via cryptocurrencies.”

IOCTA outlines a range of crypto-related phenomena on the cybercrime landscape, including cryptojacking, crypto-targeted phishing, and an increasing number of attacks on crypto exchanges or other crypto depositories, which Europol argues are viewed by criminals as a “soft target” in comparison with corporate banks or other traditional institutions.

Europol notes that not only exchanges, but “mining services and other wallet holders are facing hacking attempts as well as extortion of personal data and theft.”

The report notes that crypto has for several years offered the advantages of a decentralized infrastructure and pseudonymous transactions for laundering criminal proceedings, but suggests that as the large crypto industry players fall under the purview of regulators, decentralized exchanges may soon become a more advantageous channel for launderers.

Malta and Belize are currently reported to be leading the cryptocurrency exchange industry in terms of trade-volume. On the other...