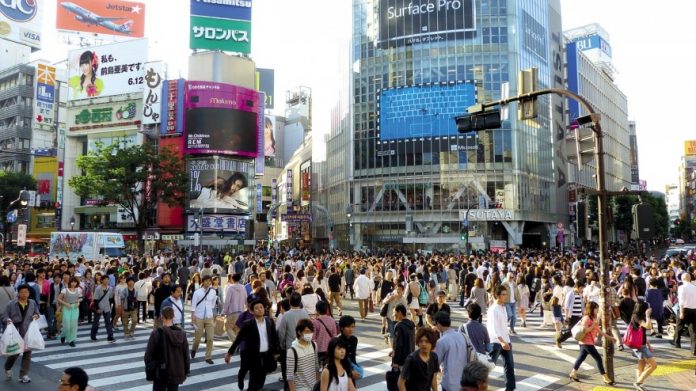 GMO Internet published the monthly results of its cryptocurrency mining operation last week, which showed that in October it collected almost five times more Bitcoin Cash than it had ever before.

The Japanese giant began mining just over a year ago. Generally, its harvested Bitcoin has risen steadily on a month to month basis, in tandem with the company’s hashrate, but Bitcoin Cash has fluctuated randomly. Nonetheless, last month’s result stood out starkly (it took 875 BCH, compared to 0 in September. The most it had ever mined before was 287).

Finance Magnates reached out to GMO Internet. The company said that it focuses on SHA256 cryptocurrencies (such as BTC and BCH), and the coins mined are decided by a profitability algorithm. It also confirmed that earlier reports that it had ceased mining BCH (in months where it had not mined any) were untrue.

According to this, it can be understood that Bitcoin Cash mining was relatively profitable last month. It seems reasonable to suppose that this is because of the upcoming hard fork, which will award holders of BCH with equal amounts of a brand new cryptocurrency called Bitcoin Satoshi Vision.

A fork is an upgrade of a cryptocurrency. It is so-called because it creates the risk/opportunity of the digital asset’s blockchain splitting into two separate paths, because some users may disagree with the upgrade and decide to continue verifying the original version. Bitcoin Cash itself was created via such an event; most Bitcoin users did not agree with the upgrade, and continued on the original path.

Now Bitcoin Cash itself is threatened with a split, but there is an added layer of complication, in that there are two teams planning to implement different, incompatible upgrades. One of those teams wants to make the blockchain more versatile, and the other wants to create a brand new coin called Bitcoin Satoshi Vision. The fork is to take place on the 16th of November.

One of the effects of a hard fork is suddenly flooding the market with a brand new cryptocurrency, which may or may not be worth anything (depending on its popularity). The result on the price of Bitcoin Cash is clear: 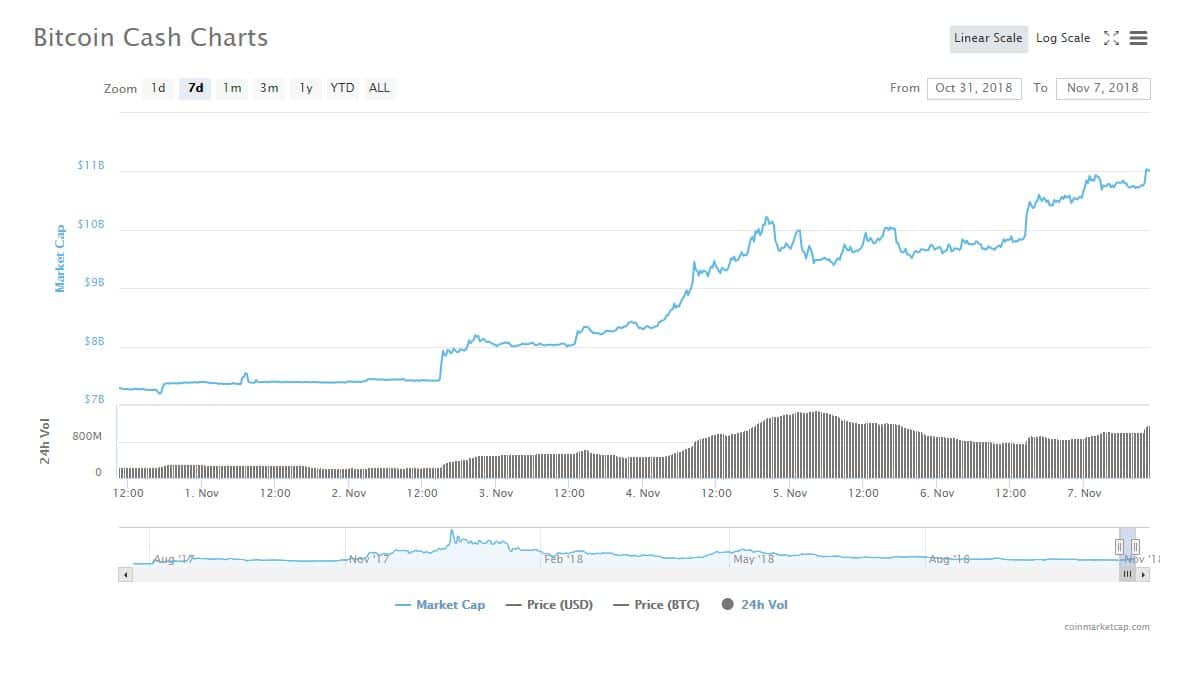 How have other companies reacted?

Interestingly, SBI Virtual Currencies, the cryptocurrency-focused subsidiary of a subsidiary of Tokyo-based financial corporation SBI Group, announced on Wednesday that it will be temporarily halting Bitcoin Cash trades on its cryptocurrency exchange (VCTRADE), beginning three days before the fork. It said in its statement that it will resume operations “at the time we judge that normal operation of the block chain network can be confirmed”.

It adds that it may accept the new coin “if the Company determines that the new block chain is stable and that all services including Wallet are available.”

Binance and Coinbase Pro, among the most popular exchanges in the world, have both announced that they are supporting Bitcoin Cash and rejecting the new coin. They will both be pausing transactions briefly to avoid disruption.

OKEx, another major cryptocurrency exchange, has gone the other way.

In the last 24 hours, amid some good Litecoin news, LTC is recording rather impressive gains. For several days, the...