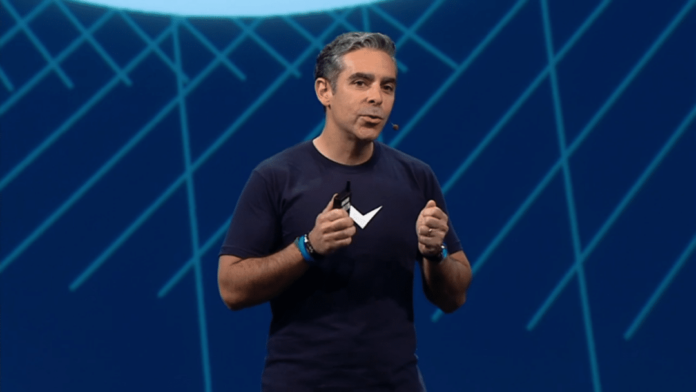 Facebook has released details of its highly secretive cryptocurrency project. The venture has stirred the crypto community and drawn interest from crypto industry stakeholders due to its market shifting potential.

There have been concerns that its Libra platform will be used to gather financial information about its users. Facebook has made an effort to mollify data privacy fears by publishing a communiqué which emphasizes that consumer data will not be shared with third parties.

It highlights a few instances where the company may do this and they include cases where there is a need to “comply with the law, secure customers’ accounts, mitigate risk and prevent criminal activity.”

The company has already created a subsidiary called Calibra whose task is to develop the Libra crypto wallet along with its information privacy features. Its technology will apparently prevent user-data on Facebook’s social networks from being combined with financial information on the blockchain.

The firm has announced that the cryptocurrency wallet will be embedded in its social media platforms. It will be available on both WhatsApp and FB as a standalone feature in 2020.

Facebook currently faces major trust issues, especially related to data privacy. Notable crypto industry stakeholders have already accused the company of camouflaging the true intentions behind its cryptocurrency project. Many skeptics believe that the company will use the Libra blockchain application to gather financial data on its users.

Can’t wait for a cryptocurrency with the ethics of Uber, the censorship resistance of Paypal, and the centralization of Visa, all tied together under the proven privacy of Facebook. https://t.co/C4FymDjtFw

According to Senator Josh Hawley, Facebook is expanding its monopoly with its new project. He proclaims that the company has become too big and powerful and needs to be broken up.

The senator has called upon the Federal Trade Commission (FTC) to get serious when it comes to reining in the conglomerate adding that a fine of a few billion dollars is like a speeding ticket to the organization which raked in over $50 billion in revenue last year.

Of course, the fears are justified given Facebook’s past controversial data collection and sharing practices. In 2018, an investigative report by the Guardian revealed that the company had gotten into arrangements with third-party agencies, allowing them access to personally identifiable data, a move that deeply infringes upon consumer privacy.

Moreover, Facebook’s explanation of how it intends to tackle this problem when the new service is launched falls short of expectations.

The protocol will, however, allow users to make token transfers anonymously using numerous addresses. According to David Marcus, who heads the Libra venture, the firm will be committed to protecting user information. He disclosed this during an interview with CNBC, adding that consumers who find it hard to trust Facebook are free to look into alternative payment options offered by competitors.

According to David Marcus, who heads the Libra venture, the firm will be committed to protecting user information. (Image Credit: Yahoo)

The Senate Banking Committee has summoned Facebook to explain how it plans to safeguard user information on its new crypto platform.

The request was made in May after Facebook sent a letter to U.S. banks and related institutions asking them to provide financial data belonging to its users. How these details were going to be used was among the main questions posed by the senators.

A hearing has been scheduled for 16 July. Titled “Examining Facebook’s Proposed Digital Currency and Data Privacy Considerations”, it will give the company a platform to directly address concerns.

According to House Financial Services Committee chairwoman, Rep. Maxine Waters, there is an urgent need to tackle the issue.

As declared by ShapeShift CEO Erik Voorhees via Twitter, Libra is not a truly “pure cryptocurrency” and so no one should use the digital coin expecting privacy. He also added that the network would most likely be unavailable in certain countries such as Iran which currently faces U.S. sanctions.

Decred Project Lead and co-founder, Jake Yocom-Piatt says that the main benefit of Facebook’s cryptocurrency is not in its use-case, rather its potential as an on-ramp platform that will educate the general public about digital currencies. This is likely to lead to greater adoption of coins such as Bitcoin.

How Decentralized is the Libra Network?

The Libra network will apparently be decentralized and governed by a committee of founding institutions in which Facebook is a member with equal rights and powers to those of its peers.

The group consists of a host of payment-processing firms such as Visa, PayPal, MasterCard and Stripe, non-profits that include Mercy Corps and venture capital companies Andreessen Horowitz, Ribbit Capital, and Breakthrough Initiatives, among others.

The committee will apparently settle on suggested developments through a voting process.  The approval of policies or technical aspects will require a two-thirds majority vote.

Founding members will act as validator nodes and will be able to work with regulated resellers in various international markets while managing Libra reserves. The company says the following about assets backing its reserve.

“A basket of bank deposits and short-term government securities will be held in the Libra Reserve for every Libra that is created, building trust in its intrinsic value. The Libra Reserve will be administered with the objective of preserving the value of Libra over time.”

The Whitepaper indicates that the protocol will operate using a permissioned blockchain framework. This means that companies seeking to obtain a validator status will have to meet certain technical benchmarks.

Facebook explains that a permissionless system is not viable right now due to security concerns. It also claims that the decentralized Libra network is designed to withstand a system breakdown or attack affecting up to one-third of all the nodes.

Some industry pundits have underscored that a permissioned blockchain where some parties are allowed to process payments and others aren’t means that the network is not truly decentralized.

Serving the Unbanked, A Few Problems

Facebook states that the Libra project was developed to serve the unbanked adult population which the company estimates to be around 1.7 billion people. It highlights that about 1 billion individuals within this group have access to a mobile phone.

Facebook illustrates that many unbanked people lack access to this crucial service because some are undocumented, face exorbitant money transfer fees, or are located too far away from institutional facilities. This, it declares, is the main target-market for the Libra cryptocurrency.

Of course, the concept is theoretically sound but will be hard to propagate in some regions. Countries such as Venezuela, in particular, would be great candidates for the service.

About 9.5 million Venezuelans are unbanked and the nation is currently reeling from sanctions, political skirmishes, and growing economic uncertainty. As such, more citizens are embracing cryptocurrencies as a store of value.

Consequently, peer-to-peer crypto platforms such as LocalBitcoins are experiencing a spike in transactions carried out by Venezuelans. It is likely that the Libra token will appeal to the populace due to its ease of use, low transaction costs, and stability.

But considering that the Facebook coin will be pegged to a number of major fiat coins, including the U.S. dollar, there will undoubtedly be a few problems. The United States government has deliberately prevented Venezuela from accessing its dollar reserves and so it is unlikely that Facebook will be allowed to offer direct derivatives.

Converting Venezuelan Bolivars into Libra will be another main problem since the country’s national currency fluctuates more wildly than bitcoin due to hyperinflation. The skyrocketing inflation rate in Venezuela is projected to reach 10 million by the end of 2019. Right now, $1 is worth about 6.2 million Venezuelan Bolivars (VES).

Of course, it is possible that a slew of innovative FinTech companies will step in and provide solutions that allow the local population to gain access to the Libra network. It will be interesting to see how such an arrangement would work.

Visa and MasterCard are on the Libra Project’s founding committee, but the White House has already hinted at plans to bar the two payment-processing agencies from operating in Venezuela.

Furthermore, Libra utilizes a permissioned blockchain and this will further prevent third-party Venezuelan payment companies from freely processing transactions without explicit authorization from Facebook. Because of this, there is a real possibility that Venezuelans will not be able to reap the benefits of this new cryptocurrency.

But then again, the Libra Project is registered in Geneva, Switzerland, an E.U. jurisdiction. This means that the project is set to be in compliance with European statutes as opposed to U.S. laws which are a messy patchwork fraught with risks. But still, there are a lot of uncertainties when it comes to serving such regions. 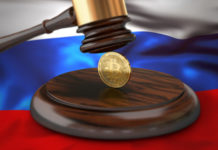 It was recently reported that the U.S Senate has requested the presence of Facebook executives as regards their latest crypto...