Facebook has thrown another dampener on the growing industry after today said it halted all Bitcoin and cryptocurrency-related advertising on its network. The enforcement will begin to ramp up across Facebook, Instagram, and its off-platform Audience Network.

The social media giant announced Tuesday its newest policy update, which now bans advertising for ICOs campaigns and all other forms of virtual currency from its online service. Additionally, Facebook placed limits on controversial financial instruments like binary options.

The ban also reflects official sentiment as the move comes at the time when complaints are piling up against ICOs scams. Facebook’s action was in line with recent efforts by U.S. authorities to combat widespread cryptocurrency linked fraud.

Although the ban has led to an online outcry, but the impact of Facebook’s move would be small as bitcoin trade was not overly dependent on internet advertising.

The company has published a few examples of ads that will be banned under the new guidelines, including: “Click here to learn more about our no-risk cryptocurrency that enables instant payments to anyone in the world,” and “Use your retirement funds to buy Bitcoin,” and “New ICO! Buy tokens at a 15% discount now!” 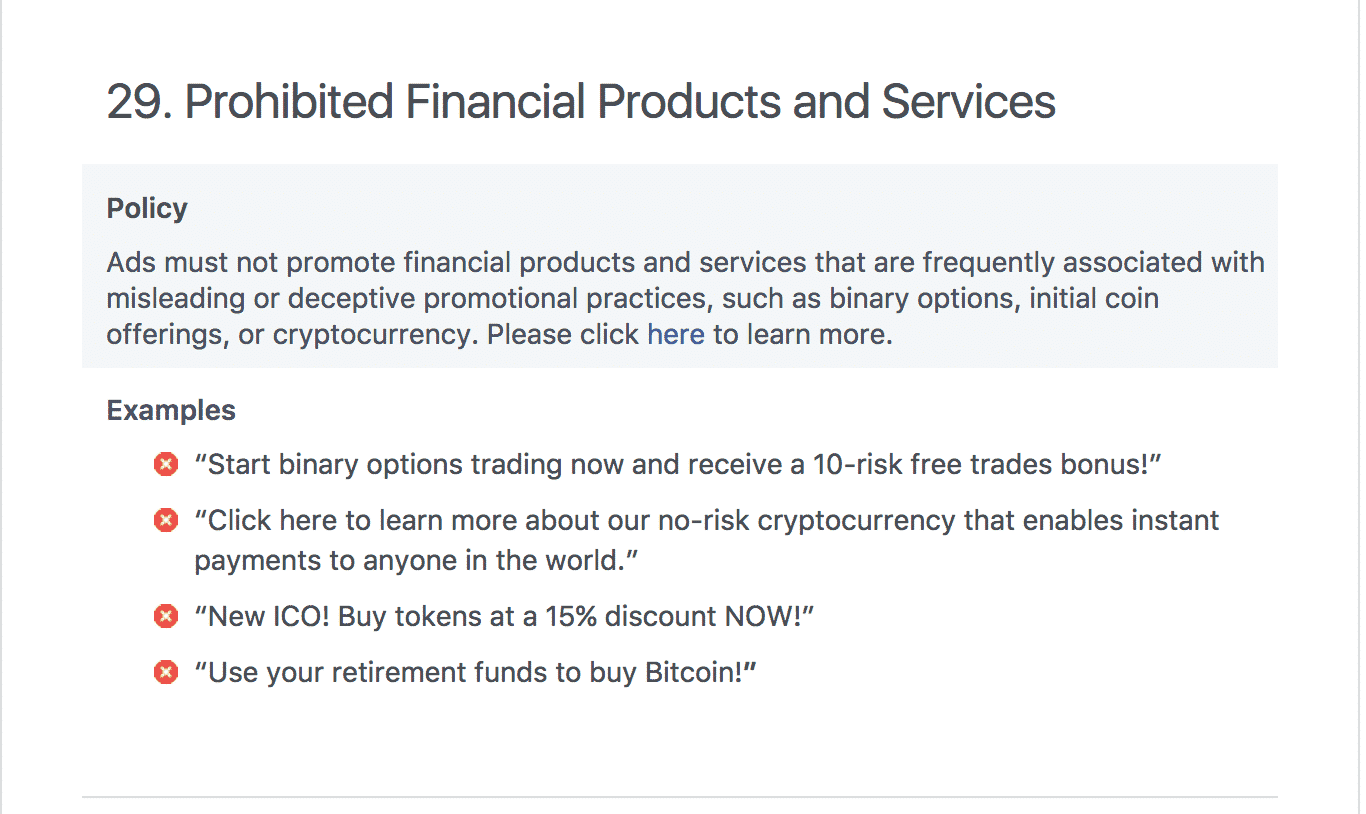 Facebook said it encourages community to report content that violates its rules, as it may not catch every ad that should be removed under this new policy.

According to Facebook’s product management director Rob Leathern: “We want people to continue to discover and learn about new products and services through Facebook ads without fear of scams or deception. That said, there are many companies who are advertising binary options, ICOs, and cryptocurrencies that are not currently operating in good faith. This policy is intentionally broad while we work to better detect deceptive and misleading advertising practices, and, writes Leathern. We will revisit this policy and how we enforce it as our signals improve.”