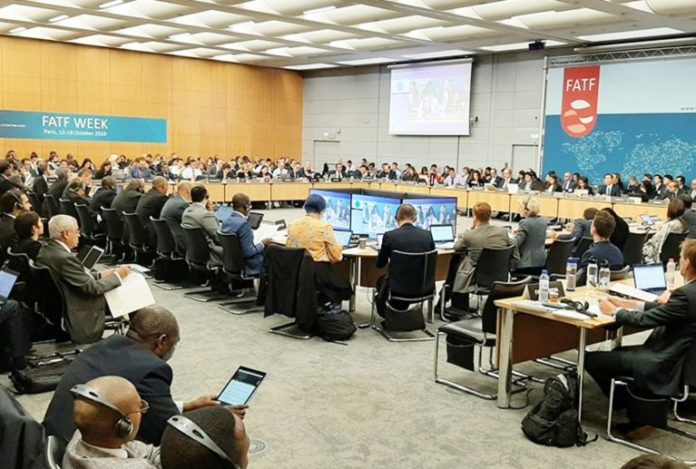 The Financial Action Task Force (FATF) has agreed on how it will assess whether countries have taken the necessary steps to implement the crypto-related requirements. “Given the global nature of the virtual asset industry, it is essential that countries implement these requirements swiftly,” the FATF emphasized.

Also read: Where US Regulators Stand on Cryptocurrency

FATF Unveils How Countries Will Be Assessed

The FATF held a plenary on Oct. 16-18, the first meeting under the Chinese presidency, chaired by Xiangmin Liu of the People’s Republic of China. Over 800 delegates representing 205 jurisdictions and international organizations attended the three-day event. The FATF is an intergovernmental organization founded to develop policies for combating money laundering. It currently comprises 37 member jurisdictions and 2 regional organizations. Stablecoins and other emerging assets are top of the agenda.

The FATF released its standards on crypto assets and related service providers in June, which the G20 leaders, finance ministers, and central bank governors have already declared their commitments to following. Some countries have already started complying.

The next step is for the FATF to assess how countries implement the recommended standards. The organization declared in June that it “will monitor implementation of the new requirements by countries and service providers and conduct a 12-month review in June 2020.” Since June, the FATF has been working on how it will assess the progress of each country, announcing at the plenary:

The FATF has now agreed on how to assess whether countries have taken the necessary steps to implement the new requirements.

The FATF continued, “Given the global nature of the virtual asset industry, it is essential that countries implement these requirements swiftly, in particular understanding the risks and ensuring the effective supervision of the sector,” adding:

From now on, assessments will specifically look at how well countries have implemented these measures.

“Countries that have already undergone their mutual evaluation must report back during their follow-up process on the actions they have taken in this area,” the FATF specified. The organization also “will closely monitor the developments and will continue to actively engage with the private sector to clarify the FATF’s requirements as they work to comply with them,” the announcement reads.

Stablecoins Are Subject to FATF Standards

Stablecoins were also discussed at the plenary. The FATF believes that these types of assets and “their proposed global networks and platforms, could potentially cause a shift in the virtual asset ecosystem and have implications for money laundering and terrorist financing risks,” asserting:

Further, the FATF is actively monitoring emerging assets including stablecoins and will continue to examine their characteristics and risks.

Regulators worldwide have been discussing stablecoins since Facebook announced its Libra project in June. Some countries have also ramped up their efforts on central bank digital currencies in response to Libra. Last week, the Financial Stability Board informed the G20 finance ministers and central bank governors that stablecoins, with the potential to be globally adopted, could pose financial stability risk. The G7 also recently released a report outlining various risks of stablecoins.

What do you think of the FATF checking how well countries implement its suggested crypto standards? Let us know in the comments section below.

Images courtesy of Shutterstock and the FATF.