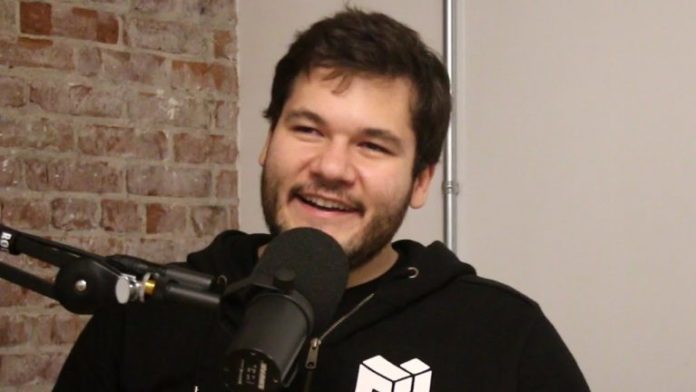 Juan Benet, a founder at Filecoin, is attacking Justin Sun for spreading completely false accusations about the movement of the FIL tokens soon after listing. In his long Twitter rebuff, Benet accuses Sun of spreading lies with the intention of harming the Filecoin project financially. Calling the accusations ridiculous, Benet says no one from the Filecoin team sold the FIL token on the day of listing. Soon after the FIL token went live on many exchanges, Sun unexpectedly tweeted alleging that Benet and others at Filecoin had exit scammed. This follows reports the Filecoin team had dumped 1.5 million tokens on some exchanges. Sun alleged that the community had not been informed about the transfer of tokens to exchanges. He went on to encourage the United States-based FIL token buyers to report the matter to the U.S. Securities and Exchange Commission.

However, in a long Twitter thread in which he also responds to the other allegations against Filecoin, Benet speculates the motives behind Sun’s attack on the FIL token as he writes:

My guess is that Justin plans to fork Filecoin as well, and hopes to trump up a reason. Sorry, Justin, you’re nobody’s saviour.

Benet, who uses an expletive to dismiss Sun’s allegations, reminds his followers about his controversial takeover of Hive.

In March, reports emerged that some prominent community leaders of Steem, possibly dissatisfied with Sun’s hostile takeover, were hatching a plan to hard fork. Eventually, the hard fork occurred leaving Sun without access to the developer’s reward.

Look at the history of projects associated with Tron, and confirm you want that. [And] you may become the victim of a huge pump and dump scam. Good Luck.

Benet, however, admits that there are questions about some of the “unvested FIL sent to some exchanges.” Still, he insists that these “were not sales of FIL from PL or any team members.” Benet explains the elaborate steps taken by the Filecoin team to stabilize the token “in the early days after launch when prices are at risk of being volatile.”

The FIL token, which had opened at $200 on some exchanges, lost more than half of its value in the first 24 hours. At the time of writing, the token had lost further ground and was trading at $30.

However, as Benet insisted that no token dumping had occurred, fresh reports emerged suggesting that even more FIL Testnet tokens were moved to exchanges and sold. Explaining the events as they occurred, one Twitter user, Crypto Chris G says:

“Basically miners dumped their testnet coins crashing the price then complained they should change the locking schedule since more supply was on market. Filecoin had to accept the miners’ proposals & 25% immediately unlocked. How did testnet coins become real? Was there a code bug?”

In the long thread, Crypto Chris G explains why he thinks miners are not as innocent as they have been portrayed. The user concludes his analysis by stating that “miners aren’t victims of the Filecoin team releasing coins early.” Instead, he says “they played this great, pulled huge profit from testnet coin selling for real $ then crying wolf to gain more.” Soon after listing, Filecoin miners went on strike alleging the ineffectiveness of the economic model used. However, in his own thread, Benet dismisses the reports while claiming that miners are “following protocol and making a ton of money doing so.”

However, in comments that appear to corroborate Crypto Chris G’s account, Benet says:

“There are many people hoping to get rich quick with Filecoin without contributing value to the network — that’s just not how it works. This isn’t what the protocol rewards.”

What are your thoughts about the FIL token issuance? Share your views in the comments section below.

Ethereum’s price has been significantly underperforming that of Bitcoin as of late While the benchmark cryptocurrency is now trading at...