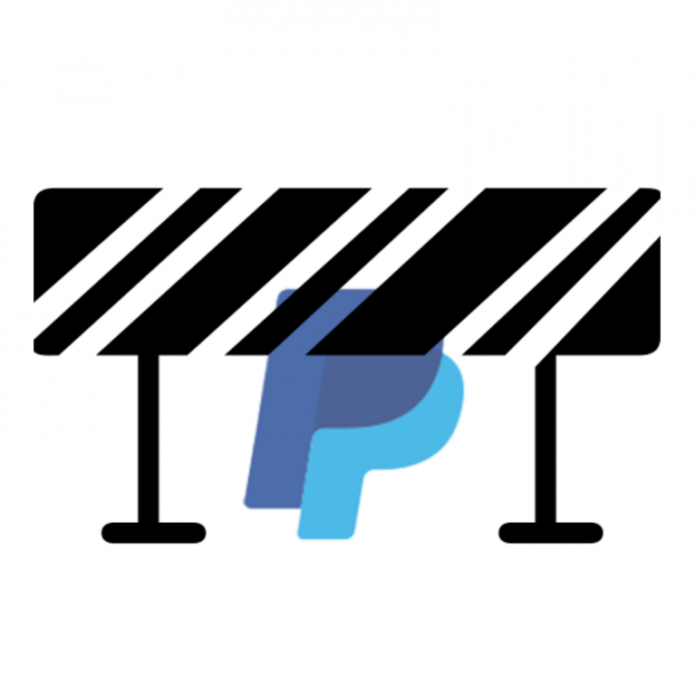 Vloggers. Sex workers. Conservatives. Iranians. People from every strata of society, with nothing in common, save for a shared grievance. All have found themselves locked out without warning by their payment provider. Account frozen. Funds seized. Lifeline severed. And for what exactly? For the amorphous crime of failing to comply with the terms of service. In reality, however, the only criminals are the financial providers who perpetrated these deeds against their customers.

Once Upon a Time, In a Cryptosphere Far, Far Away…

7th December, 2010. The combined forces of Bank of America, Visa, Mastercard, Paypal, and Western Union have imposed a financial blockade against Wikileaks in retaliation for publishing the largest leak in journalistic history. Pressured by the US government, the financial cartels roll over and do Uncle Sam’s bidding. By summer of 2011, with 95% of its revenue cut off, Wikileaks turns to an obscure alternative payment system called Bitcoin.

By December, bitcoins, then trading south of $3 apiece, are winging their way to Wikileaks’ BTC wallet. Not everyone is convinced that their decision to accept the nascent cryptocurrency is the right one, not least its creator Satoshi Nakamoto. “It would have been nice to get this attention in any other context,” he grumbles in a Bitcointalk thread. “Wikileaks has kicked the hornet’s nest, and the swarm is headed towards us.” Two days later, Satoshi Nakamoto logged out of the forum he founded for the last time and was never heard of again. Whatever his reasons for hanging up his mask, by the time he departed, the genie was out of the bottle. It would be several years before Bitcoin would permeate the mainstream and establish itself as a force to be reckoned with, but even back then, before Satoshi exited stage left, and long before terms like “deplatformed” had entered the collective consciousness, the seed of uncensorable money had been sown. From there, it was only a matter of time.

Financial Blockades Are a Crime Against Humanity

On September 21, 2018, Infowars revealed that it had been banned by Paypal. Ostensibly, Alex Jones’ site had been booted because a comprehensive review had found that Infowars “promoted hate and discriminatory intolerance against certain communities and religions”. Only that’s not entirely true. Paypal had been perfectly content to process Infowars’ payments for years, and to collect a hefty commission in the process. Only once it became fashionable to deplatform them in exchange for political capital did Paypal cravenly bowed out. And therein lies the problem with relying on a financial provider: you never know when the goalposts will shift and the rug will be pulled out from under you. Many liberals will cheer the latest deplatforming of Alex Jones, arguing that Paypal has no obligation to serve him, any more than Apple, Youtube, Twitter, or Facebook do. If he doesn’t like his treatment, he should just take his business elsewhere, to…well, where exactly?

When you’ve been perma-banned by every major internet platform for failing to adhere to some arcane sub-clause in their 82-page terms and conditions, your options are limited. You can’t build your own social network, form your own credit card company, or found your own bank. If only there was a non-exclusionary system that came with no checkboxes, no binding volumes of legalese, and no central authority to determine who gets to play and who’s left to sit on the sidelines…

Enter Bitcoin. Ever since the Wikileaks days, the censorship-resistant cryptocurrency has offered a lifeline to those excluded by the global financial system. And not just the dubious conspiracy peddlers like Alex Jones, but unsung members of the public who find themselves in financial straits through no fault of their own. Turks faced with a devalued national currency and no access to Paypal. Venezuelans hit with hyperinflation in need of a safe haven. Conservatives like Brittany Pettibone and Lauren Southern ejected from Patreon. Autonomous sensory meridian response (ASMR) creators whose nonsexual videos have been deemed in violation of Paypal’s acceptable use policy and had their funds frozen for 180 days.

Visa, Mastercard, and Paypal: Financial Criminals of the Worst Kind

You don’t have to be a terrorist, money launderer, or drug trafficker to be targeted. You simply have to be from the wrong country. Or to make the wrong kind of noises in your videos. To believe in the wrong ideology. To be, as those celebrating your demise would crow, “on the wrong side of history”. If Paypal had existed half a century ago, it would probably have banned people for the crime of being gay. Somewhat ironic coming from a company co-founded by Peter Thiel. Belief systems change from generation to generation and even decade to decade. Who knows what deeds will fall foul of the censors in years to come?

Thought crimes come and go, but Bitcoin remains eternal, impartial, and unstoppable. It doesn’t care who you are, what you’re supposed to have done, or why there’s a mob baying for your blood. And in an era where anyone can be deemed persona non grata and booted from the major highways of the web with no recourse to appeal, Bitcoin is more vital than ever.

Do you think Paypal and their ilk impose exclusionary policies, or are they simply following the law? Let us know in the comments section below.

Yesterday, the IOTA (MIOTA) team announced that has joined the IOTA foundation as their social impact and donor relations coordinator,...