February 14th, Cyprus – FireLotto launched on the 1st of January and has revolutionised the lottery gaming by utilizing blockchain technology, in particular the Ethereum blockchain. As this blockchain is decentralised it allows firelotto to be completely transparent. Until recently the thought of a decentralised lottery was impossible, now it has become a reality. Blockchain technology assists in solving the problem of single server online betting.

Firelotto is as simple to play as any traditional lottery, either on, or offline. However, there has been a question of trust raised by a number of companies. By utilising the Ethereum protocol and smart contracts, it is impossible to alter the ticket information thereby, bringing complete transparency to the industry. The Firelotto team ensure this to be the case, by allowing all players and potential users to view the backend code, to prove beyond doubt that the system is fair.

FireLotto, much like any other lottery, works in a very straight forward manner, with the prize fund created via the completed ticket sales. Players then guess the number sequence and wait for the draw. Players can play one of three lottery games at FireLotto: – the 6/45, 5/36 and the 4/20.The fun doesn’t stop there, they also offer a instant lottery much like a wheel of fortune. The wheel has 21 numbers. The player simply chooses a number and places a bet, the minimum being 0.007ETH with a multiplier of 2 to 20. If the player has chosen the correct number/s, the return would be increased proportionally, allowing the chance to win big. The token holder receives a commission from each ticket sold in every drawing. Commission payouts are secured by smart contracts and provide token holders with an almost endless source of income.

The 6/45 lottery has a minimum jackpot of 3000ETH which is the equivalent of 1,000,000 USD. As with the traditional lottery system, if nobody wins then the prize money it is rolled over, and the next lottery jackpot increased continuously until a player wins. Fire Lotto Lottery has already launched in Ethereum test net. You can try and test it. It is as simple and easy to understand as a traditional lottery.

The Firelotto team had this to say,

“80% of ICOs are not backed up by any product prototype. Fire Lotto is a finished product that has already been launched”


Fire Lotto is the source of this content. Virtual currency is not legal tender, is not backed by the government, and accounts and value balances are not subject to consumer protections. This press release is for informational purposes only. The information does not constitute investment advice or an offer to invest 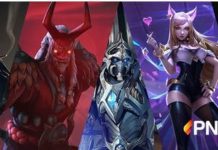 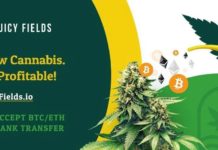 Seven of the biggest crypto companies have joined forces this week to form the first UK trade body for the...