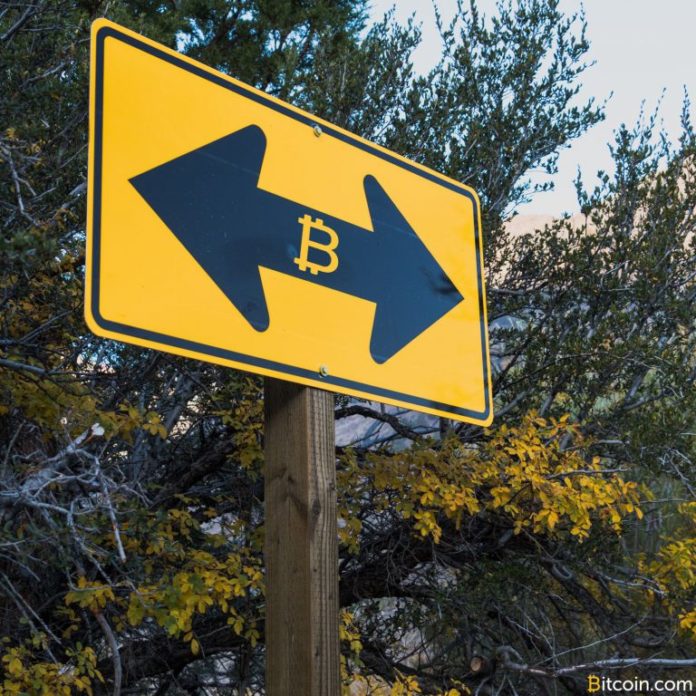 Since the Bitcoin Cash (BCH) hard fork on Nov. 15 resulted in a blockchain split, many pre-fork holders are interested in finding out how to split their BCH and BSV into two separate currencies. Over the last week, a few infrastructure providers have released tools and some exchanges have offered to split the two for customers as well. In this guide we’ll detail how anyone can split their coins in a more privacy-centric manner using the Electron Cash wallet.

Splitting BCH and BSV With the Electron Cash Wallet

It’s been more than a week since the BCH hard fork and the blockchain split that saw the birth of the BSV token. Because of the split and the identical chain histories, anyone who owned bitcoin cash prior to the split now owns the same amount of BSV. Some people elect never to bother splitting their coins, while others choose to split their coins and sell one or the other right away – or alternatively to hold them both. At the moment, the best way to separate BSV from your existing pre-fork BCH holdings is by utilizing the Electron Cash wallet.

There are more convenient ways such as sending unified coins to an exchange that has promised to split the tokens for customers, but this method is less private. The Electron Cash wallet allows users to split the tokens and add them to a separate address or multiple addresses independently. Further, because the software serves as a noncustodial wallet, the user remains in charge of their private keys and funds at all times.

Mobile and Other Types of Noncustodial Wallets

The first thing to do is download the latest Electron Cash wallet release 3.3.2 from the official landing page. After downloading the software, if you use a client like the Bitcoin.com wallet you need to import the wallet seed into Electron Cash using the BIP39 seed and correct path. The Bitcoin.com wallet uses path m/44’/0’/0′, but other noncustodial wallets may use paths like m/44’/145’/0′.

From here you want to split your coins and you can do so easily by sending yourself some dust from post-fork coins that contain the new opcodes. For instance, the Bitcoin.com Faucet and other services online will disperse a small fraction of BCH originating from an output using OP_CHECKDATASIG. When this small amount of dust is mixed with the original BCH funds the coins will automatically split into two. Throughout every send and receive step you should wait for the transaction to confirm before proceeding to the next steps.

Using the Electron Cash server, switch in either the tools/network section or the green circle at the bottom of the wallet that shows two crossroads that will allow you to switch between BCH and BSV servers. The server that starts with the alphanumeric string “[email protected]” will allow the user to follow the BSV branch by right-clicking the server and selecting “follow this branch.”

The best way to tell if you are following the correct BSV branch is checking to see if the last dust transaction is logged in the wallet, and if the transaction used the output OP_CHECKDATASIG it shouldn’t have been recorded. If the post-fork coins haven’t been added to the transaction log you can then create a new address for the BSV coins or send the BSV to an exchange. You can test to see if everything is working correctly by selecting a server after testing small fractions of coins. Always wait for a few confirmations and use small fractions of dust for testing to make certain you are doing everything correctly. Sending coins from the ABC branch should not appear on the BSV branch and vice versa unless they were replayed, and replayed transactions can lead to losses.

This procedure can also be done with a hardware wallet by using coin control with the Electron Cash wallet. With this procedure, the user simply starts by creating a “new wallet,” selecting a “standard wallet,” and choosing “hardware wallet.” The device, whether it be a Trezor or Ledger, should be displayed after choosing the hardware wallet and the Electron Cash client will ask you to enter the device PIN. It may look a little different but the PIN entry is the same as using the wallet’s traditional interface.

After this, you need to confirm the derivation path. Most bitcoin cash accounts for both Ledger and Trezor devices use the path m/44’/145’/1′. After entering the derivation path in the text field the wallet should display all your transactions. Again, if you haven’t used your hardware wallet’s funds since the fork then you need to split these funds as well by following the same steps above using some dust containing the new post-fork opcodes. Always wait for full confirmations, test with small fractions first, and make sure you are following the right branch before sending funds. Bitcoin cash user Emergent Reasons has also written a few guides on how to control any BCH wallet with the Electron Cash client similarly to the hardware wallet coin control.

Always remember there is no rush to do this and people don’t ever have to split funds if they don’t want to as it is entirely the owner’s choice. It’s always a good measure to be patient and read the various guides, examples, and walkthroughs online that detail the step by step methods for people who want to safely split their BCH away from BSV. The methods mentioned above are intended for informational purposes and for wallet users who understand the basic concepts of the steps explained. Further, if you would feel more comfortable, there are exchanges that are splitting coins for customers such as Kraken and Coinex. Exchange users should note that most trading platforms are requiring anywhere between 10-30 confirmations for deposits. Additionally, some wallets like the Edge client and BTC.com have announced they are adding native splitting tools to their wallets. So if you use a client that offers a native splitting tool like this, you can wait patiently until they release these services.

Have you tried splitting your BCH and BSV yet or know another method you would like to share? Let us know about it in the comments section below.

Many of the methods and tools detailed in this editorial were originally described in guides this past week and written by the blockchain programmers such as Mark Lundeberg, Emergent Reasons, Jochen Hoenicke (Johoe), Ledger Wallet, and the Electron Cash client developers.

Disclaimer: Walkthrough editorials are intended for informational purposes only. There are multiple methods and steps that are ultimately made by the decisions of the user. There are various steps mentioned in reviews and guides and some of them are optional or different depending on the software used in each experience. Neither Bitcoin.com nor the author is responsible for any losses, mistakes, skipped steps or security measures not taken, as the ultimate decision-making process to do any of these things is solely the reader’s responsibility. For good measure always cross-reference guides with other walkthroughs found online.

The post Follow This Branch: A Guide to Splitting BCH and BSV appeared first on Bitcoin News.

As of January 2019, bitcoin mining in Norway will no longer be supported by the government. This was reported by...