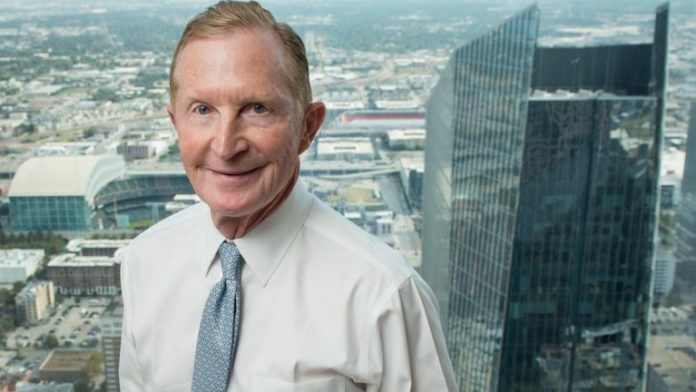 Former Prudential Financial CEO George Ball is advising wealthy investors to acquire bitcoin because it is the only asset that cannot be undermined by the government. Ball made the comments while discussing adjustments that investors need to make to their portfolios.

Now CEO at Sander Morris Harris, Ball spoke in a video call where he also offered investment tips. Explaining current sources of investor concern, Ball says the global pandemic “COVID-19, which will be with us in the first quarter of next year” and the U.S. elections, are two issues on the minds of investors.

However, the Sanders Morris Harris boss believes the U.S. election is a given and that markets have already factored in a Biden win. Instead, Ball thinks “markets are looking for or waiting for a new spark” adding that he expects this to happen “at night, right after Labour Day.” The CEO believes the best time to readjust investment portfolios would be right before this scheduled spark.

Commenting on his new stance on bitcoin, Ball tells his interviewer why he has now become a bitcoin convert:

I’ve never said this before, and I’ve always been a blockchain, cryptocurrency and bitcoin opponent. But if you look now, the government cannot stimulate markets forever, the liquidity flood will end.

When this government assistance program comes to end, the borrowed money must be repaid. Therefore, the critical question according to Ball, is how the government is going to finance this payback.

“Are they gonna raise taxes that high or if not, are they going to print money? If they print money that debases the currency and probably even Treasury Inflation-Protected Securities (TIPS) can be corrupted,” said Ball.

Faced with this potential outcome, the very wealthy investor or the trader will “probably turn to bitcoin or something like it as an alternative.”

Meanwhile, Ball also dispels the notion that by buying bitcoin, investors are trying to avoid tax obligations. He says an investor’s main concern is protecting wealth from an inevitable money printing which renders a currency worthless.

What do you think of Ball’s about-face on bitcoin? Share your thoughts in the comments section below.

Onchain analytics show the number of bitcoin (BTC) held on the Ethereum blockchain has been multiplying at an extremely fast...