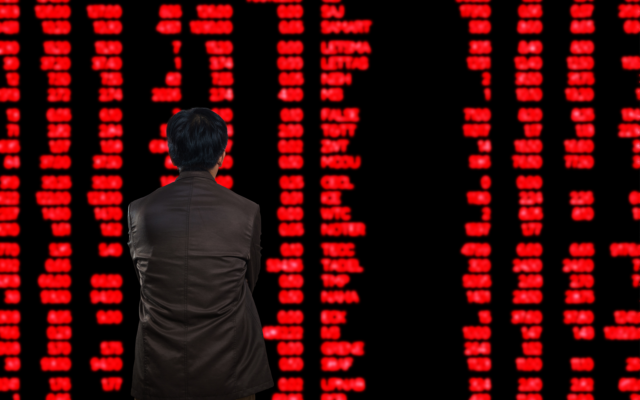 The founder of crypto-only venture capitalist firm Heisenberg Capital turned bearish on equity markets, fearing that they would collectively fall by 15,000 points. He further envisioned that a stock market crash might prompt investors to take their capital into perceived safe-haven assets. Excerpts:

The comments came on the day when the world’s top wealth managers, too, expressed their pessimism towards stocks. UBS Wealth Management, which manages $2.5 trillion worth of assets in its portfolio, recommended clients to reduce their positions in risky assets. Canada-based investment management house Fiera Capital, too, stated that the global market sentiment is fragile, wherein investors are showing risk-off behavior.

Keiser, UBS, and Fiera borrowed their pessimistic sentiments from the ongoing trade dispute between the US and China. The two superpowers lately escalated the tensions after implementing “tit-for-tat tariffs” on each other. On Friday, US President Donald Trump ratcheted up the issue by calling on the regional companies to “start looking for an alternative to China.” The statement wiped out 2.6 percent valuation off the US equities as investors swapped riskier assets for perceived safe-havens, including gold, government bonds, the Japanese Yen, and – to some extent – bitcoin.

Our Country has lost, stupidly, Trillions of Dollars with China over many years. They have stolen our Intellectual Property at a rate of Hundreds of Billions of Dollars a year, & they want to continue. I won’t let that happen! We don’t need China and, frankly, would be far….

But Monday has been very different than the weekend. Trump is now attending the G7 Summit in France, where he praised China for making an effort to restart the trade negotiations. Around afternoon UTC, the President cited a MarketWatch report in his tweet, stating that he is impressed by the Chinese officials for they are “they are willing to come and state the facts so accurately” about the ongoing trade tensions.

Great respect for the fact that President Xi & his Representatives want “calm resolution.” So impressed that they are willing to come out & state the facts so accurately. This is why he is a great leader & representing a great country. Talks are continuing!https://t.co/0sotrd1Mzh

The US stocks tailed the tweet, with the Dow Jones Industrial Average rising 169 points, or 0.8 percent, to 25798. The benchmark S&P 500 also rose by 0.7 percent, while the Nasdaq Composite Index added 0.9 percent.

There is no guarantee of a beautiful conclusion to this opera called the US-China trade war. But for the near-term, things appear to be heading in the right direction. That should mean a happy ending for the stock market, which, as stated above, could prompt investors to leave bitcoin.

Do you think a stock market crash will bolster bitcoin price? Share your thoughts in the comments below!