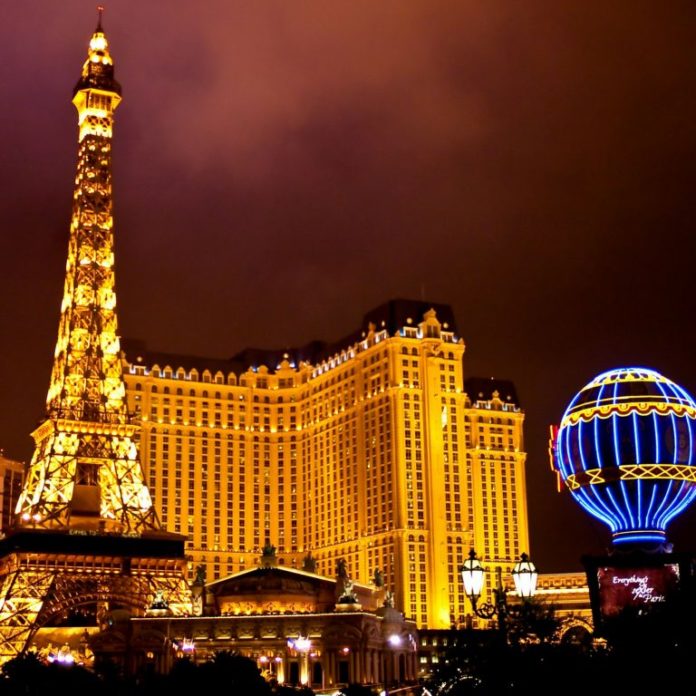 For more than a decade, Freedom Fest has been a top attraction on the conference circuit for those leaning toward freer markets. Through the years, it has grown to include speakers and topics well beyond economics. In doing so, it has attracted some of the most interesting minds in the world. This year’s gathering in Las Vegas, July 11th through 14th, is continuing to branch out. Cryptocurrency and its underlying technology are taking up more intellectual space this July, with a host of debates, lectures, and presentations sure to interest news.Bitcoin.com readers. We caught up with its founder, legendary economist Mark Skousen, to gain insight into the popular conference.

News.Bitcoin.com: Freedom Fest is one of the biggest, best attended libertarian/freedom movement soirees. Why do you think it’s so popular while other conferences struggle to sell tickets?

Founder Mark Skousen: We do several things unique — first of all, Freedom Fest is a Renaissance gathering, where we talk more than just politics. We also discuss and debate philosophy, history, science & technology, healthy living, music & dance, law & religion, etc. We even have a film festival. There’s something for everyone. We also have lots of breakout sessions, so there’s plenty to choose from, and nobody is bored. We also have a “financial freedom” investment conference, my area of expertise. I think if we were strictly a libertarian conference, we wouldn’t be so successful. I also like to think that because we are a “for profit” business, we focus more on what the attendee wants, rather than what the donors want. Also, we aren’t competing with non profits and engaged in fundraising.

I do think we could be a lot bigger and more influential — as “the greatest libertarian show in earth,” as the Washington Post calls us — if everyone in the freedom movement, including think tanks, would join together instead of each one starting their own conference, which is what they are all doing. As Ben Franklin says, “We just all hang together, or we shall surely all hang separately.” (So let’s hang out in Vegas!) We are relatively small in the world, and spreading ourselves too thin these days. So we offer every major freedom organization a chance to create their own mini-conference at Freedom Fest.

Every year Freedom Fest seems to incorporate more cryptocurrency themes into the program. I’ve counted at least four events centered around them, including what looks to be a pretty great debate. Is it just my bias showing? Or, have you seen a growth in interest by Freedom Fest participants as well?

Yes, I think so.  We’ve been covering digital currencies for several years now, which I regard as a legitimate currency, although not especially utilitarian given its volatility. That’s why we invited Patrick Byrne, CEO of Overstock, to address us this year — he thinks bitcoin and blockchain are revolutionary. I agree.

This year’s Freedom Fest boasts Naomi Brockwell, Bitcoin Girl, as the gathering’s mistress of ceremonies. We’re, of course, big fans of her, but why did you choose her as MC?

Not because she’s the Bitcoin Girl, but because she’s young, attractive, and intelligent — and a great voice. She’s also well known in the freedom community.

Just about every year, there’s a surprise guest or someone thought to be controversial. Two years ago, for example, no less than candidate Donald Trump made a pitch to participants. Any hints as to what might happen this year?

We have invited a surprise guest, and if he shows up, it will be standing room only. But it’s a long shot.

I printed out the agenda, itinerary, for this year’s Freedom Fest. Wow. It’s something like 20 pages. Is having a wide arrange of topics, from religion to education, to anarchy, done on purpose? Or has it just evolved that way?

We’ve had wide diversity of topics, debates, panels, etc. from the very beginning. We also work hard to make the topics provocative. It’s essential to get a good turnout, since each session competes with nine others.

We also have a different theme every year…In the past, it’s been “Are We Rome?”…”Are We Headed for Another French Revolution?”…”Is the American Dream Lost?”…and this year “Where is the Voice of Reason?”

Your seminal textbook, Economic Logic, now in its 5th edition, has a brief mention of bitcoin. Do you think that’s bound to change, say, for the 6th edition? In other words, do you think economists such as yourself will be compelled to grapple with it to a greater degree?

I do plan to include a major section of digital currencies in the 6th edition. I wished I had put in more in the 5th edition.

At least one of your quotes about bitcoin went viral a while back. You basically contend it won’t ever replace gold due to the fact computers can be effectively shut off, shutting off access to bitcoin. Do you still maintain your contention about it never replacing gold?

I’m of the opinion that the upward trend in gold seems to have been affected by the increasing interest in bitcoin and other cryptocurrencies as a legitimate alternative. But because it’s digital and non-physical, it can never replace the benefits of actual gold ownership.

You were one of the few well-known economists to express a bullishness towards cryptocurrency. Do you still think well of crypto? Has the price drop changed your mind?

Volatility is still a problem, and that’s keeping back its use by everyman. Most investors hold it as a speculation rather than a medium of exchange.

Do you, or have you, actually used cryptocurrency to purchase goods and services? Just curious.

Not yet.  Like everybody, I wished I had gotten in early and become a millionaire! This year Freedom Fest is throwing a 50th Anniversary celebration for Reason. How important is Reason to the liberty movement in your view?

Reason Foundation has grown tremendously in the past 50 years and now competes with the Cato Institute as the most influential libertarian freedom organization. I’m a big supporter, and they are equally supportive of what we are trying to do. We are delighted to have them co-sponsor many of our events this year. For the first time, they are holding their Reason Media Awards at Freedom Fest at the Saturday night banquet on July 14 rather than in New York.

We are honored to celebrate special years with all the freedom organizations.

What do you think about Freedom Fest? Let us know in the comments.

Images via the Pixabay.

In Scotland, a withdrawal clinic has increased its clientele: In addition to the usual suspects who want to get their...