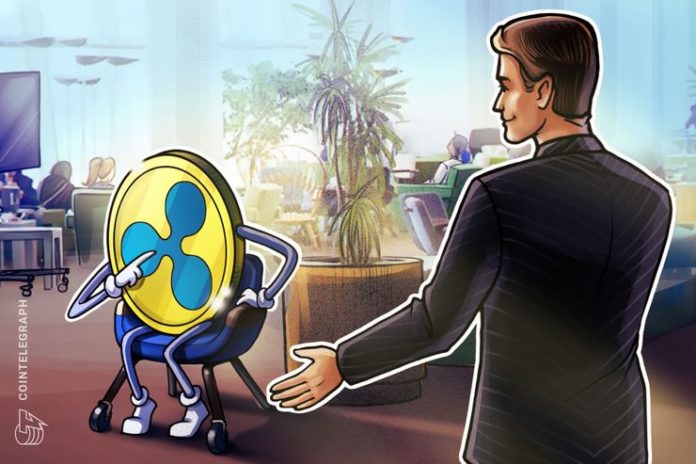 In another major milestone for cryptocurrency adoption, United States bank PNC will begin using RippleNet to process international payments for its clients.

Ripple made the announcement on Sept. 19, stating that PNC’s Treasury Management unit will be using its xCurrent software solution to expedite cross-border transactions for the bank’s U.S. commercial clients.

According to initial reports, xCurrent will allow PNC clients to receive payments instantly, which will change the way companies approach cash flow and account management. The software allows banks to communicate instantly, to confirm payment both before and after a transaction is initiated.

As a result, the price of Ripple soared over the next few days, seeing as much as 15 percent gains in overall market capitalization.

On Friday, Sept. 21, XRP moved past Ethereum to become the second biggest cryptocurrency by market cap, at around $23 billion.

According to initial reports, Ripple considers the move as a necessary first step in order to get banks and financial institutions to eventually use xRapid — its liquidity product that uses Ripple’s digital token, XRP.

Ripple’s product management senior vice president, Asheesh Birla, says xCurrent is “a way to get their toe into the water.”

These sentiments follow comments from Ripple’s chief cryptographer David Schwartz, who said in June that banks were unlikely to adopt blockchain systems to process international payments in the near future.

Schwartz cited concerns around privacy and scalability as a big worry for banks. Until there is a solution that completely meets these needs, big banks are unlikely to go all-in on distributed ledger technology (DLT).

Ripple’s xCurrent protocol is essentially an immutable interledger which allows instant settlement, which is an upgrade to current payment networks. But as Schwartz pointed out, it is not a distributed ledger.

With that being said, PNC has joined a number of major financial institutions that have partnered up with Ripple in various ways.

In August, Ripple expressed interest in breaking into the Chinese market in an effort to speed up international payments.

Ripple is hoping to launch a commercial version of xRapid as early as October. The company had previously partnered with Bittrex, Mexican Bitso and Philippine Coins.Ph in order to facilitate xRapid to move between XRP, U.S. dollars, Mexican and Philippine Pesos.

Ripple’s pilot of the xRapid system in May 2018 reportedly produced savings on transactions of up to 70 percent, in addition to the increase in transaction speeds.

Justin Sun, founder of TRON, told Cointelegraph that he foresees other banking institutions following in the footsteps of PNC by adopting blockchain systems like RippleNet:

Cointelegraph also spoke to Kieran Kelly, a long-term investor of Ripple, who believes the move is a massive step toward the adoption of Ripple:

“Ripple is adding a bank per week to the network and RippleNet is live in 40 countries and six continents. PNC being the most recently announced bank shows that Ripple is making huge progress globally toward mainstream adoption, providing cheaper, faster and more transparent payments.”

As Kelly points out, the speed of RippleNet is an attractive proponent of the technology, which could speed up international money transfers:

“The traditional finance sector is already implementing blockchain as part of RippleNet and the considerable benefits will drive further adoption globally. Ripple provides banks the ability to make frictionless remittances in three seconds at little cost versus the current format — i.e., SWIFT — which takes three to four days. Banks save 60-70 percent with Ripple.”

Others weren’t as confident about Ripple massive surge in value this week. A quick glance at Twitter made for some interesting reading, as some users offered more skeptical views on the cryptocurrency’s pump in value.

Nicholas Merten, founder of Youtube channel Datadash, suggested that the spike in value was mainly due to traders — not big money investors — climbing into the market:

Congrats to the traders on $XRP, gotta hand it to the bulls. But don’t be mislead, the volume we’re seeing is NOT banks buying the XRP token for xRapid. It’s purely whales and retail traders ATM.

Matthew Newton, an analyst at eToro, told The Independent that XRP was the flavor of the week after the announcement of the PNC partnership:

“Despite being one the most polarizing cryptos of them all, eToro customers can’t get enough of XRP at the moment; it has more exposure than any other asset on our platform. As we’ve seen in the past, the price tends to move in short, sharp bursts, picking up a lot of momentum when the hype builds. It remains to be seen how much further it could go.”

As we have seen in the past, perceived good news often drives investors sentiment, and this is clearly the case when it comes to XRP.

The next few days will determine whether the cryptocurrency’s newfound gains will hold strong. Following that, the crypto community will be eagerly awaiting the touted launch of xRapid next month.

Iceland’s crypto industry is expected to move away from crypto mining and shift to “pure blockchain businesses.” This is according...