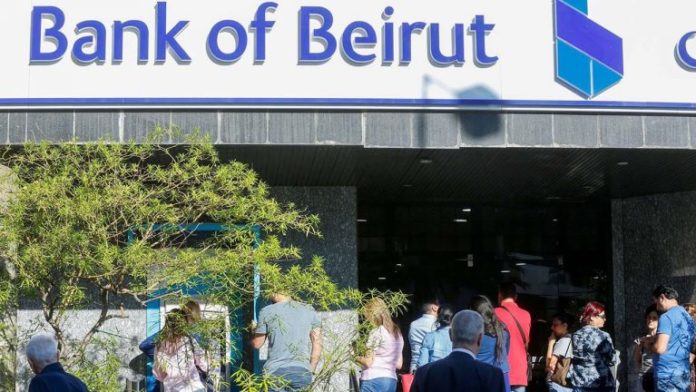 The coronavirus and the government-induced lockdowns have wreaked havoc on the global economy and millions of people can’t access their own money. Reports from financial stricken areas like Venezuela, Argentina, and Lebanon show that citizens are being stopped from accessing their own hard-earned savings. The news shows the great importance of censorship-resistant money and how society should gravitate toward ideas like bitcoin as soon as possible.

The coronavirus outbreak was rough, but not nearly as horrendous as the over-reactive measures taken by global lawmakers and today’s so-called ‘scientific experts.’ After two and a half months have gone by, it is now quite clear to many people that the response to the pandemic was uncalled for and the lockdowns were the worst mistake humanity has made in over 100 years. Despite the fact that numerous scholarly studies and papers show that the virus wasn’t that bad and had a survival rate of over 99%, governments continue to enforce draconian measures across the globe.

Every day in Lebanon, people wait outside the financial institutions waiting to withdraw money, and Lebanon’s banks have restricted withdrawals to $100 per week. On any given day, a bank employee will also only allow 15 Lebanese residents in the bank per day to get $100 and everyone else waiting in line is told to leave.

In Venezuela, people are also having a hard time accessing funds from banking institutions as well. Things got worse for Venezuelans when the Decree N° 4167 published on March 23, 2020, introduced a payment suspension and noted the Socialist Party would restructure payment systems. There is a massive difference between the going street rate of the sovereign bolivar and the bank rate. Venezuelans are also limited to withdrawing very small fractions of funds from institutions like Banco Provincial.

The Argentine Financial Crisis, Egypt’s Ongoing Withdrawal Limits, and the UK and Australia’s Assault on Cash

In Argentina, the financial system is almost as bad as Venezuela’s economy, and it is worsening every day. On May 16, Buenos Aires resident, Manuel Araoz, described a weird financial situation in Argentina.

“Something really weird happened in Argentina this week. It’s hard to explain to anyone not living here, but I’ll try,” Araoz tweeted. “Historically, Argentina had the most ridiculous prices for imported products. For example, in 2013 the iPad was $499 in the US, but $1094 in Argentina. This was due to very high import taxes (50%) and very corrupt customs which hold most products for months unless you bribe. This created a weird dynamic where anyone traveling abroad was asked by many acquaintances to smuggle stuff for them. Most argentine international travelers were technology mules,” he added. Araoz continued further by saying:

However, last week, ARS/USD black market rate went crazy high (~138 ARS per USD), while the official rate is artificially very low, at less than 50% of that (~67 ARS per USD). This created a weird market condition: All imported products (cars, technology, etc) are now very cheap (in USD). This is because importers buy USD at the official rate, but sell their products in ARS. To anyone holding savings in USD cash, everything is suddenly ~50% off. This created a huge demand surge for imported products in the midst of a pandemic and economic crisis. Crazy… The government is now evaluating forcing minimum prices for imported goods, to stop people from escaping the melting ARS into actual goods which hold some value over time.

There are a number of countries that are experiencing issues with banking institutions that are restricting withdrawal limits at either the branch or an automated teller machine (ATM). Many banking branches worldwide are close due to Covid-19. Egypt’s citizens are restricted from withdrawing over what the central bank allows them to, which is a maximum of LE50,000 from LE10,000 using current guidelines ($650 to $3,100).

Residents of the U.K. are dealing with cash restrictions as well, as the “contactless limit to £45 at the start of April has made cash all but redundant for most,” explains the Guardian reporter Patrick Collinson, during the Covid-19 pandemic. Tesco Bank, Natwest, and Barclays in the U.K. all have withdrawal and contactless limit restrictions.

In Australia, residents who want access to their hard-earned cash have been dealing with overbearing government rules for quite some time now. In December, the Australian government put a $10K limit on cash withdrawals, and even storing more than that at your home is suspect to law enforcement now. Covid-19 has made things worse in Australia and people are having even more issues accessing their own money.

For over 11 years now bitcoin proponents have been telling people that the world needs censorship resistant money. There is proof that there is greater demand for censorship-resistant cryptocurrencies in regions that have tyrannical governments. Unfortunately millions of global citizens are learning the hard way but the crypto economy and digital assets like BCH, ETH, XMR, BTC, LTC, and the thousands of other digital assets are there waiting to be leveraged at any time.

What do you think about the millions of global citizens having issues accessing their own funds? Let us know in the comments section below.

The post From Buenos Aires to Beirut – Covid-19 Excuse Restricts Millions of Citizens from Withdrawing Their Own Money appeared first on Bitcoin News.