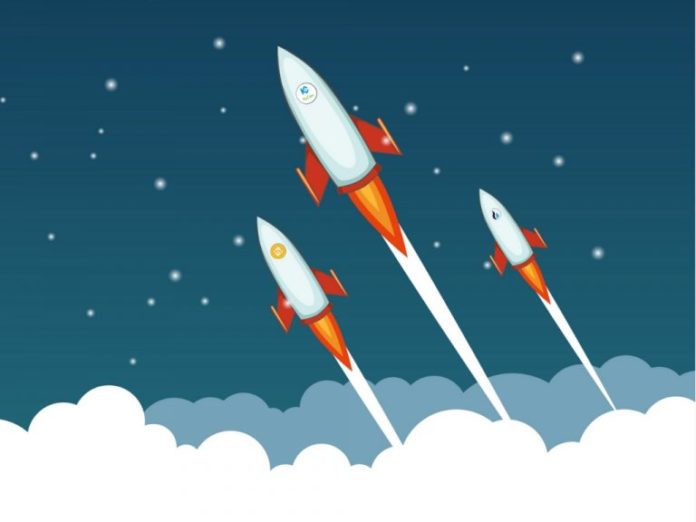 Initial coin offerings haven’t died: they’ve simply rebranded as initial exchange offerings (IEOs). From Huobi to Okex and Bitmax to Bittrex, the number of crypto exchanges hosting token sales has proliferated. In a week where Kucoin has entered the ring with its Spotlight platform, we take a deep dive into IEOs: the good, the bad, and everything in between.

IEOs have been a hot topic this year, with the success of Binance Launchpad causing FOMO among traders, elevating the price of BNB to new highs, and spurring other exchanges into devising their own token sale platforms. In less than two months, the crypto space has gone from having one IEO platform to six. Binance Launchpad now faces competition from Bittrex IEO, Bitmax Launchpad, Huobi Prime, Kucoin Spotlight, Bgogo Apollo, OK Jumpstart, Probit Launchpad, and Exmarkets Launchpad. The integrated exchange and token launch system popularized by Binance offers clear benefits to stakeholders including the following:

Exchanges: Increased trading volume, receive a percentage of tokens issued, and demand for their own native token grows. They may also receive a listing fee from the project whose token they’ll be launching and subsequently adding to their exchange.

Projects: Can tap into large existing investor pool, have their token sale promoted by the exchange, and are guaranteed listing complete with the liquidity this brings.

Investors: Have easy access to new tokens via a platform they are already familiar and verified with. Are incentivized to participate in the knowledge that tokens can likely be flipped for a profit once exchange listed.

It’s not all blue skies and clear waters ahead for IEOs however; just as the ICO market became saturated in 2017, there’s a risk that the same will happen for IEO launchpads. To date, Binance Launchpad has been an unbridled success, with its three token sales producing an average USD return for investors of over 300 percent. As the number of IEO platforms grows, however, the quality of featured projects is likely to diminish, dragging down the profits to be realized and dampening investor interest. But for now, at least, initial exchange offerings are hot property, as demonstrated by the spate of platforms that have sprung up to support them.

The following guide will examine the setup of these platforms, including the success rate of projects launched, and the rules for IEO participation mandated of investors. Token performance: Up 3x in a month

Kucoin calls itself “the people’s exchange,” and by that reasoning, Spotlight must be the people’s IEO launchpad. Tokens can be purchased using KCS only, Kucoin’s native token. As with Binance coin, KCS has appreciated in value significantly since Spotlight was unveiled. The first project to be launched with Spotlight, Multivac, is a flexible blockchain solution that supports dapps and incorporates sharding to ensure high throughput. Kucoin has been keeping extremely busy of late, having redeveloped its interface, revamped its API, introduced Spotlight, and begun work on Kumex, a Kucoin derivatives platform similar to Bitmex that will also make use of the KCS token.

Token performance: Up 6x in a month

Bitmax is a relatively new exchange complete with a new platform for token sales. The BTMX token was mired in controversy due to disputes over the allocation and lock-up assigned to private sale participants. Since then, however, the exchange has kicked things up a notch, with the BTMX token following suit, recording an extremely bullish March. At present, traders appear to be more interested in BTMX than they are in the token sales due to launch on the platform. DOS Network hasn’t done much to excite the community, and already there’s a sense that these projects may struggle to sustain their price once exchange listed. It’s early days for Bitmax Launchpad though, which may yet produce some winners. Hopes were high for Bittrex IEO. Not only does the exchange have a favorable and longstanding reputation within the industry, but without a native token to pump, Bittrex International’s decision to host IEOs seems less cynical than some of its competition. Had its maiden project gone ahead as scheduled, Bittrex would have sold 17 percent of all tokens minted by Raid, significantly more than the 6 percent offered by Binance for the projects it’s hosted. Unfortunately, the Raid token sale was called off at the last minute due to misleading partnership claims. As a result, the Bittrex IEO launchpad remains untested. Token performance: Up 2x in a month

Huobi has dubbed its IEO service a Direct Premium Offering (DPO). Projects launched in this manner will have their tokens deposited directly into participants’ accounts, who will then be able to trade them instantly against the exchange’s native HT token. Huobi Prime promises:

The first project earmarked for Huobi Prime is TOP Network, a Silicon Valley-based startup that provides low-cost messaging, calling, video, VPN, CDN, and IoT data sharing services that’s now launching its own DPoS blockchain. Token sale participation calls for a fully verified Huobi Global account and an average monthly holding of 500 HT, although this will be waived for the TOP sale. Token performance: Up 2x in a month

Not much is known about Okex’s IEO platform, other than what was outlined in a blog post shared earlier this month. It is likely, however, that entry to projects hosted on OK Jumpstart will require use of OKB, the exchange’s internal token, which is a non-blockchain asset, and thus not transferrable outside of the exchange. Justifying the IEO model, Okex wrote:

The exchange is risking their credibility when doing IEOs, since it has no control over the IEO project team’s operation and product delivery as promised in the latter’s white paper. To maintain trust with its customers, the exchange must carry out a comprehensive assessment of the project before launching the IEO. This provides an extra layer of protection to contributors.

Not to be outdone, Bgogo exchange has devised its own launchpad, appropriately named Apollo. Its first project is Armors (ARM), which is focused on blockchain security including wallet monitoring and offering various patented technologies. Participation in the ARM token sale, which was conducted on March 23, required passing an entrance exam to establish that investors were familiar with the Armors project.

All six of these exchanges, as well as Probit and Exmarkets, will have their work cut out in competing with the runaway market leader, Binance, which has recently announced a lottery system for entry into its token sales. Participants will also be required to hold BNB for a period of 20 days, which has served to further drive up the price of the token.

What are your thoughts on initial exchange offerings? Let us know in the comments section below.