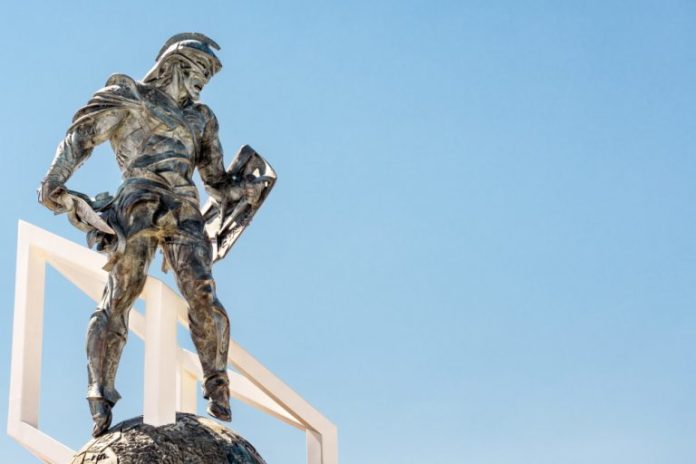 Government dominance of human beings via slavery and violent economic oppression is as old as government itself. For thousands and thousands of years kings and rulers, usually held to be “appointed by God,” have used free, non-violent individuals as their tax farm livestock to exploit for economic gain and political power. Without individuals with the grit to stand up and fight back in unique ways, the history books might read very differently. But lucky for everyone, they did exist, and continue to today.

Also Read: How Governments Steal Your Money and Conceal It Through Inflation

Throughout the history of governments worldwide, those who seem to be most severely punished, threatened, and hotly pursued are they who compromise the bread and butter of the state. Namely, the unethical and violent economic practices that give the individuals calling themselves government their power and security. The following list, while not comprehensive by any stretch, serves as a brief historical overview of notable freedom fighters who have challenged evil economic paradigms and inspired their fellow humans to rise up and take their own power back. In the wake of cases like Eric Garner (strangled to death for allegedly selling loose, untaxed cigarettes) and Ross Ulbricht, it seems a timely endeavor. A gladiator slave turned rebel, Spartacus would defy Roman rule and escape the tax farm in 73 B.C., leading around 70 of his fellow slaves to freedom. Arming themselves only with kitchen implements, they fought their way out of the gladiator school at Capua and headed for defensive shelter on Mt. Vesuvius. Though gladiators are often depicted in modern times as ancient rockstars of sorts, the truth is that most were slaves to the Roman state, trained brutally and treated cruelly. Gladiators were forced to swear the oath where one “vows to endure to be burned, to be bound, to be beaten, and to be killed by the sword,” and served as tools of political influence for their owners. Though Spartacus would ultimately fall to the Roman sword, he assembled an army of 120,000 men, women, and children from nothing, and successfully challenged – and even defeated, at times – the most powerful empire in the world. His legend continues to serve as an inspiration for many struggling under the heavy hand of political exploitation and economic oppression. While some legendary characters become so surrounded by folklore they are impossible to trace historically, Robin Hood actually isn’t that mysterious, according to some sources. There are two main versions of the alleged historical character, the argued “real one” likely being not so polite and heroic as tradition would maintain, but more brutal and wild, coming to prominence sometime in the mid-14th century. All the same, Robert (or Robin) Hood is believed to have been pitted against the very real corrupt religio-political leaders of the time, which had taken to pilfering the poor via corrupt politics and threats of hellfire. Whether or not this character actually gave back to the poor habitually, or mostly stole money back from corrupt politicians for himself, is up for debate. What seems to stand up to scrutiny though, is that there was likely a real-life basis for the legend who was an excellent archer, often stood on the side of the downtrodden, and fought against the crooked powers of the time. The most powerful part of the story being the wild, justice-seeking spirit that still inspires courage in freedom-minded individuals today. Taking a long walk to make and sell one’s own salt might not seem revolutionary, but in the context of Mohandas Gandhi’s times, this was an act of bold defiance. Traveling to the Arabian Sea to protest Britain’s 1882 Salt Act, Gandhi took with him 78 volunteers and walked 240 miles to the village of Dandi, to make salt from seawater. The act was illegal, despite the fact that British law and accompanying taxes were starving masses of Indians of the much needed mineral. Police beat Gandhi to the punch and pushed many salt deposits into the mud before his arrival. Nevertheless, the activist was able to remove a chunk of raw salt with his hand and raise it into the air, effectively breaking colonialist British law. 60,000 people were arrested as a result of the march and accompanying non-violent protests. Journalist Webb Miller described one scene at the Dharasana salt works:

Scores of native policemen rushed upon the advancing marchers and rained blows on their heads with their steel-shod lathis [batons]. Not one of the marchers even raised an arm to fend off the blows. They went down like ten-pins. From where I stood I heard the sickening whack of the clubs on unprotected skulls … Those struck down fell sprawling, unconscious or writhing in pain with fractured skulls or broken shoulders.

It’s hard to imagine this level of brutality over salt, but these are the games government plays. As a lesser known, brief aside, British taxes on food products also played a role in Ireland’s great potato famine, with some labeling the warped implementation of British “free market” policies as an actual genocide.

A lesser known tax protestor, who stood face to face in battle with the U.S. federal government, is Vivien Kellems. In 1948, Kellems defied the state in refusing collection of withholding taxes from her employees, and cited the practice as unconstitutional, openly inviting the state to indict her. Writing about her in his book “For a New Liberty,” libertarian philosopher and economist Murray Rothbard states:

She demanded that the federal government indict her, so that the courts would be able to rule on the constitutionality of the withholding system. The government refused to do so, but instead seized the amount due from her bank account. Miss Kellems then sued in federal court for the government to return her funds. When the suit finally came to trial in February 1951, the jury ordered the government to refund her money.

Kellems would continue to refuse taxes until her death, reportedly sending in blank forms to the IRS every year.

A Japanese given name meaning “intelligence,” “wisdom,” or “guidance,” Satoshi has broken the world of global finance wide open. In creating and releasing the world’s first decentralized and secure cryptocurrency via the Bitcoin protocol, the pseudonymous Nakamoto, much like Robin Hood and other legends, commands riveted fascination from specialized experts and laymen alike. Cryptically hinting at the reason for the creation, hashed into the genesis block, Satoshi communicates:

This is commonly thought to be a reference to the irresponsible and reckless monetary policies of banks and governments worldwide, during a time of extreme economic unrest and upheaval, as well as a nod to the upcoming generations of value holders who would resist this insanity. This resistance taking the form of a new, secure, sound and decentralized currency called Bitcoin. There are so many other figures who deserve to be included in this list. From Henry David Thoreau and his refusal to fund the Mexican-American war via poll taxes, to Ed and Elaine Brown, who faced potential death at the hands of federal agents to stand by their convictions, and are now spending their last years on earth caged. Or Sherry Jackson, the former IRS agent who would spend three years in prison for refusing to pay income tax. Some even argue that the Jesus Christ of the Bible stood opposed to taxation, confounding sly interrogators with a riddle of an answer, concerning paying tribute to Caesar.

Whatever the case, and however foggy the actual historic natures of some of these individuals may be, or become over time, there is a reason their stories are so compelling. In Howard Fast’s 1951 novel “Spartacus,” rebels and escaped slaves sympathetic to the cause of their leader would shout “I am Spartacus!” when attacking and fighting, so as to confuse the Roman authorities as to the real location of their gladiator-in-chief. It’s only too easy to draw a decentralization metaphor here. Suffice to say that when an idea resonates, and individuals of the same spirit unite and act as one, it becomes unstoppable.

Who’s your favorite rebel for economic freedom? Let us know in the comments section below.

The post From Spartacus to Satoshi: A Brief History of Economic Rebellion appeared first on Bitcoin News.

Binance has formally denied that it has lost control of some of its user data as rumors continue to swirl...