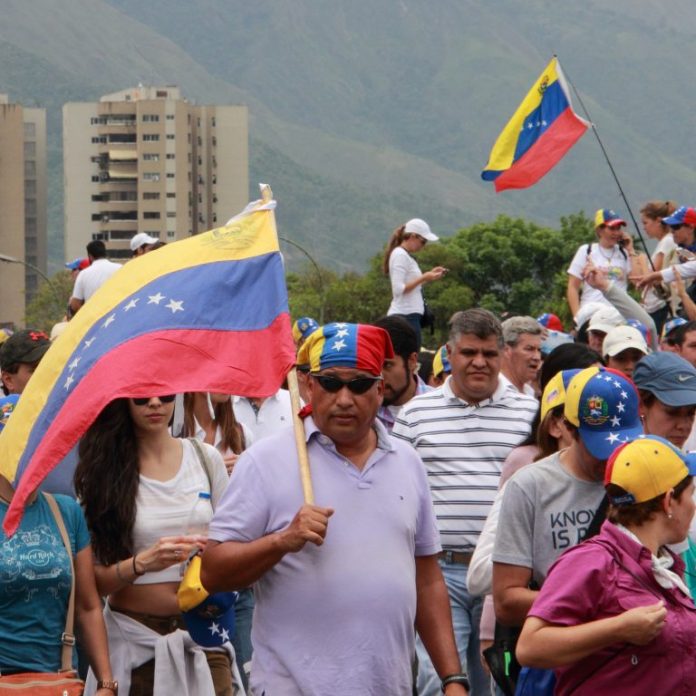 A cryptocurrency “airdrop” fundraiser has been launched to help Venezuelans. People are donating funds via a number of different coins to the citizens of the crisis-stricken South American nation — many of whom are refugees.

Donate Coins to People in Need

Launched by Airtm, a digital wallet connected to banks and blockchains, the fundraiser plans to send $1 million in digital currency to 100,000 ID-authenticated Venezuelans. Donations can be made in bitcoin, bitcoin cash, zcash, dash, ethereum, litecoin, ripple, and others. They can be quickly used or converted to dollars by Venezuelans.

So far, Airdrop Venezuela has proven to be popular. Launched on Nov. 27, close to $50,000 has been raised at the time of this writing. Ten dollars worth of donations can help a family purchase food, medicine, and scarce imported goods. Suffering from the world’s highest inflation, the country’s currency, the bolivar, has been rendered virtually worthless. Digital money is proving to be useful to many Venezuelans who are eager to get rid of bolivars.

61% of Venezuelans have had trouble putting food on the table in 2017. The situation has continued to worsen this year, and is expected to deteriorate throughout 2019. Help us spread the word, and share the message. #AirdropVenezuela

Venezuelans have actually been selling wads of cash or even using it to make items they can sell, such as bags or handicrafts, to make money. Airtm has been helpful to Venezuelans looking to efficiently convert their bolivars into U.S. dollars. Its service allows users to quickly convert whatever currency they are holding into cash via banks, gift cards, Western Union or cryptocurrencies.

Bitcoin.com CEO to Match BCH Donations for the Next 24 Hours

A hot topic on Twitter, the charity’s effort is quickly gaining traction by helping spread the word about the dire help Venezuelans need. Bitcoin.com CEO Roger Ver stated on Monday that he would match all BCH donations made in the next 24 hours. He said:

The bigger the network effect a currency has, the more useful that currency becomes. This is a great way to grow the network for Bitcoin Cash and help people in need at the same time. Crisis-stricken Venezuela is seeing tens of thousands of its citizens flee the country each day due to food and medicine shortages. Most go to neighboring Colombia but many others go to Peru, Brazil, the U.S., and some as far as Europe. The country’s government earlier this year launched an oil-backed digital currency, the petro, to help the economy.

Just last week, President Nicolas Maduro ordered the price of the petro to double. The digital currency has been widely criticized by citizens of Venezuela and experts alike who see it as a scam or worthless currency. Despite Maduro saying it is the solution to the country’s problems, the wallet for the petro is still unavailable to the public and there have been no reports of anyone using it.

What do you think of Airdrop Venezuela? Let us know in the comments section below.

Images via Shutterstock and Pixabay.

The post Fundraiser Aims to Raise $1M in Cryptocurrencies for Venezuelans appeared first on Bitcoin News.

Bitcoin Press Release: Veteran cryptocurrency portfolio management and trading platform Napston is proud to announce the launch of its brand...