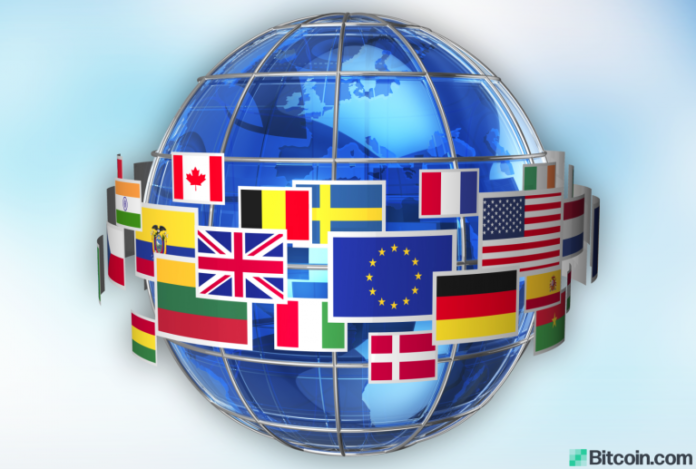 As world leaders start arriving for the G20 summit in Osaka, Japan, policymakers and crypto industry representatives are convening at another summit to discuss the implications of proposed global standards for crypto assets and service providers, as well as solutions that will minimize unintended consequences of implementing these standards.

World leaders and policymakers are gearing up for the G20 summit in Osaka, Japan, which will take place on June 28 and 29. Concurrent to this event, another summit called the Virtual Asset Service Providers summit or V20 will also take place in Osaka. It is organized by international crypto industry associations with strong support from industry participants. The V20 announced:

Attendees will include G20 delegates, government agencies and policy makers, crypto exchanges and related service providers, notably representatives from the FATF as well as regulatory and regional legislative representatives.

At the V20 event, crypto service providers, policymakers and other stakeholders will “discuss the implications of the FATF proposed requirements and possible technical solutions to achieve the desired outcomes of the FATF while also protecting and promoting opportunities for business,” the V20 announced.

Regarding the FATF recommendations for crypto assets and VASPs, “What we are hearing from industry is that the new rules may have the opposite effect to which they were intended, effectively forcing crypto transactions off the controlled platforms,” said former FATF President Roger Wilkins AO. He will deliver a keynote speech at the V20 Summit.

“As a former regulator, I recognise how important it is to identify a balanced solution that implements the recommendations of the FATF while also building the opportunity for business,” he opined. News.Bitcoin.com recently covered some of the concerns. According to the V20, industry participants believe:

Application of this [FATF] requirement could result in potential unintended consequences, including encouraging P2P transfers via non-custodial wallets, which are significantly harder for law enforcement to track or control.

These consequences will ultimately reduce “the prevalence of exchanges themselves, which are currently one of the most effective forms of prevention and partnership to law enforcement working in the virtual asset sector,” the V20 added.

The group outlined some proposals on its website. The first is to host “A round table summit of government agencies, crypto companies, and FATF representatives at the G20 Summit in Osaka” and discuss “Regulation proposed by the industry reflecting the unique nature of virtual assets to influence the FATF proposal.” The other proposals are “An extension of the timeline for the updated FATF standards to come into effect” and “Development of protocols and standards to underpin a platform to meet the information collection requirements of FATF.”

The goal of the event is to discuss a unified approach in developing a solution that will be both workable for business and acceptable for regulators.

New FATF Guidance and Its Implementation

The FATF’s long-awaited guidance on the risk-based approach to virtual assets and VASPs was released on June 21, as news.Bitcoin.com previously reported. The FATF also announced that it will monitor the implementation of its recommendations by member countries during the next 12 months. However, the standards set by the FATF are not laws, lawyer Jake Chervinsky explained, emphasizing that the FATF does not have any regulatory authority of its own. He clarified that “Member countries can adopt all, some, or none of FATF’s recommendations. There are basically no repercussions for not adopting (or for violating) FATF recommendations,” noting:

FATF doesn’t rule on anything & exchanges only have to follow FATF’s recommendations if they’re adopted as law in a relevant jurisdiction.

While many people assume that all member countries including the G20 will adopt the standards set by the FATF, Chervinsky believes otherwise. “In fact, the more important the financial center, the less likely it is to hand over control of its regulatory regime to an international organization like FATF.”

The lawyer pointed out as an example that the U.S. regulator in charge of AML/CFT regulation, Fincen, “certainly does consider FATF’s recommendations, but rarely adopts them wholesale.” He referenced the money laundering watchdog’s evaluation of the U.S. AML/CFT regime in 2016. The FATF suggested specific recommendations for the U.S. to adopt after it concluded that the country’s “regulatory framework has some significant gaps.” However, “Fast forward to 2019, three years after FATF’s U.S. evaluation & seven years after its original AML/CFT recommendations,” Chervinsky remarked:

How many regulations do you think Fincen has adopted for lawyers, accountants & real estate agents? Yeah, zero. They’ve barely even considered it, in fact. While each jurisdiction could interpret and implement the FATF requirements differently, many of them already have an AML/CFT framework which may not need to be changed. “FATF’s recommendations and Fincen’s guidance are so similar that U.S. AML/CFT regulations may not need to change at all to be fully compliant,” Chervinsky opined. Nonetheless, some countries have already announced that they are implementing the FATF standards.

The V20 emphasized that “While FATF recommendations are internationally recognised, they are not legally binding. It is up to each jurisdiction to implement the rules into local law,” elaborating:

The V20 will explore the role of national jurisdictions in ensuring that regulations impacting on blockchain technology are both effective and balanced.

Do you think the G20 will listen and introduce laws that foster the crypto industry? Let us know in the comments section below.

Disclaimer: Bitcoin.com is a supporter of the V20 initiatives.

Images courtesy of Shutterstock, FATF, and the V20.

A much-needed correction has finally arrived to cool off Bitcoin’s month-long parabolic uptrend. This is the first time the leading...