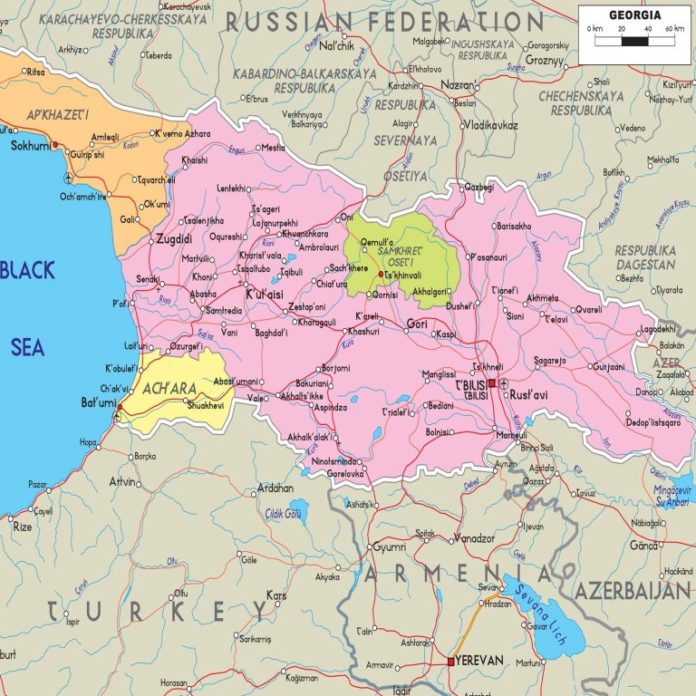 Typically when people think of bitcoin mining operations they look to countries like Iceland and mainland China. However, most people do not know that the small country of Georgia, a region of Eurasia, is ranked the second most profitable area in the world for cryptocurrency mining just below China.

Cryptocurrency Miners Are Flocking to the Small Country of Georgia

The country of Georgia is well-known for its wine, but these days the region has also become known for its blossoming cryptocurrency mining hub where entrepreneurs are looking to profit. Georgia is a democratic nation-state located between the crossroads of Eastern Europe and Western Asia. Over the past few years, bitcoin and cryptocurrency miners have been flocking to the Georgian region due to the country’s lack of regulations and inexpensive hydropower. According to a recent NPR report, the U.S. based firm Bitfury once accounted for most of the Georgian mining facilities, but there are many other smaller operations as well. The company’s Georgian mining facilities existed outside of the Tbilisi region but, according to reports, the company’s main data site was recently sold.

Many home miners have been setting up shop in Georgia as well, like Bezhani Buzhaidze, a Telavi resident who subsidizes his income by mining bitcoin and zcash. Buzhaidze explains in his recent interview that last year he was raking in roughly $800 USD every thirty days mining zcash, and the electricity costs were only $80 per month. Buzhaidze explains that four of his friends are also participating in the Georgian mining industry. Moreover, cryptocurrencies have also brought Georgians the dream of the technology one day unleashing free markets worldwide without crony capitalism.

“We won’t need banks anymore,” Buzhaidze details. “It will be good for society.”

Even though regulations are lighter than other countries, the Georgian central bank has issued statements to potential retail investors that cryptocurrencies may be “risky investments.” However, there are a lot of Georgians who want the digital currency industry to thrive in the country, and recently a political party has been mining cryptocurrencies to fund its campaigns. However, Bitfury’s annual electricity estimates state that the firm utilized 28 million kilowatt-hours of power every thirty days in Georgia which has made some political leaders uneasy.

Some oppositional bureaucrats also allege that the former Prime Minister of Georgia, Bidzina Ivanishvili, is secretly partnered with the Bitfury operations. Public records show a fund tied to one of Ivanishvili’s investment arms allowed Bitfury to borrow funds, but according to Bitfury’s attorney the loan was paid in full, and he explains that “no financial ties remain.” Still local news publications like Georgia Today detail that Bitfury’s George Kikvadze is an active member of Ivanishvili’s investment vehicle. Since then the company has sold its main data facility in Georgia but still runs smaller mining operations in the country and rents the land where the data centers reside. Blockchain data reveals this week Bitfury captures 1.8 percent of the BTC global hashrate.

Utilizing Georgia’s energy sector can be very lucrative as prices per wattage in the region can be roughly 4 – 6 U.S. cents/kWh according to Galt & Taggart research. There are 22 hydro plants under construction in Georgia and 72 established hydro plants in the country. Cryptocurrency miners worldwide now see the country as a profitable region to set up shop as Georgia is steadily becoming a digital currency mining epicenter.

Have you tried our new Bitcoin (BCH) Block Explorer yet? Check it out today!

The Spanish bank BBVA said that it had spent the entire crediting process, starting with negotiations on the conditions of...