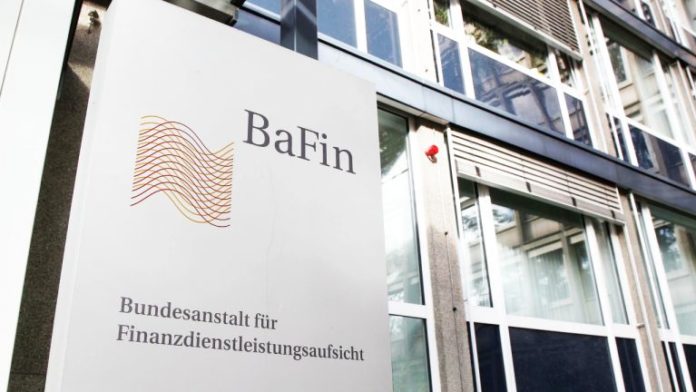 All Unauthorized Bitcoin ATMs to Shut Down

German financial regulator BaFin has begun actively closing down all unlicensed bitcoin ATMs in the country. This followed Germany’s new regulation that went into effect in January, requiring crypto service providers to obtain authorization from BaFin. A spokesperson for BaFin told news.Bitcoin.com:

Currently, BaFin is taking action to shut down all bitcoin ATMs which are set up and operated without authorisation … The ATMs are literally shut down, so they are no longer operating.

Nonetheless, the regulator has identified a number of unauthorized bitcoin ATMs operating in Germany. While the spokesperson did not disclose the number “Due to the ongoing process,” at least one company — Shitcoins Club — received an order from BaFin in February to cease operating all of its bitcoin ATMs in the country, as news.Bitcoin.com previously reported.

While appearing to comply with BaFin’s mandate by posting a notice to reflect the order on its website, Shitcoins Club resumed its ATM operation soon after. Several local journalists visited various Shitcoins Club’ bitcoin ATM locations and found the machines were still in operation.

Local news outlet Bitcoin Kurier went to a Shitcoins Club branch where there is a bitcoin ATM and found the place closed with a BaFin notice on the window and an official seal on the door bearing Wednesday’s date.

According to the publication, while the machines operate under the brand Shitcoins Club, the owner is no longer the Berlin-based KKT UG. Instead, Estonia-licensed “Virtual Planet OÜ” now owns the business and the management has also changed. BaFin’s notice states that Shitcoins Club can object to the order in writing within one month, the publication conveyed. Shitcoins Club indicates on its website that about 20 bitcoin ATMs were last active in Germany, supporting BTC, ETH, LTC, and DASH. The company’s bitcoin ATMs are still in operation in Poland, Spain, Romania, Italy, Belgium, the Netherlands, France, and Estonia.

Another local bitcoin ATM operator, Coin Fellows, also ceased operations across Germany at the end of July, the news outlet further reported, adding that the Coin Fellows network consisted of about 40 bitcoin ATMs, located mostly in southern Germany. Other bitcoin ATM operators in Germany have said that BaFin’s requirements are too strict for small businesses, asserting that they are more tailored to banks and large financial institutions.

Meanwhile, the number of bitcoin ATMs has been growing worldwide, approaching 9,000 machines, according to the cryptocurrency ATM tracking website Coinatmradar. In the U.S., the authorities have also been cracking down on unauthorized bitcoin ATMs. A $25 million bitcoin ATM operation was recently taken down and 17 machines in California were seized.

What do you think about BaFin’s action? Let us know in the comments section below.

Altcoins have been posting exorbitant gains throughout the past few weeks, severely outperforming Bitcoin and most major digital assets This...