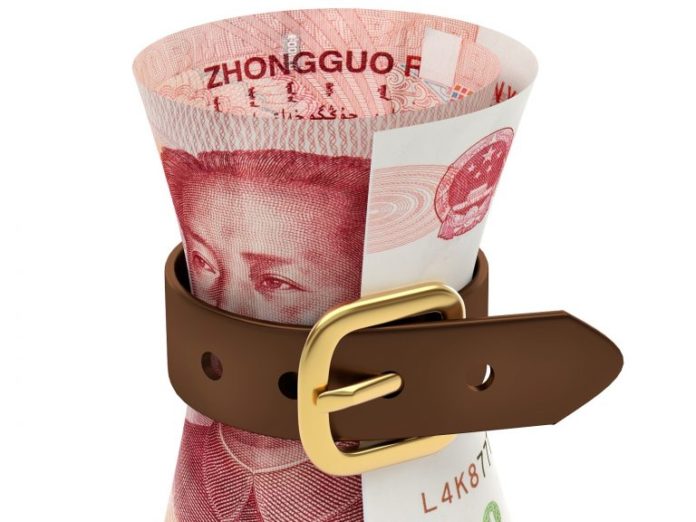 For various reasons, a growing number of nations are experiencing the rapid development of cashless society. Paper money may become extinct in some countries in the not-so-distant future. Prompted by the spread of private and decentralized cryptocurrencies and the threat of losing control over their monetary policies, more and more governments are now working to create central bank issued digital currencies to replace banknotes and coins. China has joined the campaign against cash, although not at the expense of centralized monetary power.

In a move that many consider part of Beijing’s plans to introduce a digital version of the national fiat, the yuan, the People’s Bank of China (PBOS) has revealed plans to implement pilot programs aimed at exerting greater control over cash transactions. According to a notice issued by the central bank, the trials will be conducted in three Chinese regions, the provinces of Hebei and Zhejiang and Shenzhen City, within the next two years.

In a report addressing fears that the initiative will restrict public access to cash, the state-run news agency Xinhua explained that despite the rapid development of non-cash payment platforms in recent years, the total amount of cash in circulation has remained at a stable level while large-volume cash transactions have in fact continued to grow. Besides, these have been concentrating in specific areas, groups of people and periods, arguably lowering the overall efficiency of cash flow. PBOS shares its own reasons to implement the new control mechanism. Large amounts of cash are widely used in China, the bank points out, and they are exploited in criminal activities such as corruption, tax evasion and money laundering. The regulator will impose stricter supervision and introduce reporting requirements for cash operations over certain thresholds – 500,000 yuan (approx. $70,000) for public accounts, and for private accounts – 100,000 yuan in Hebei province, 300,000 yuan in Zhejiang province, and 200,000 yuan in Shenzhen.

“Under the requirements of large-scale cash management, banks need to deepen their understanding of current customers, strengthen risk warning and information communication for customers who are prone to generate large cash transactions, and guide them to use non-cash payment tools,” the Chinese central bank demands. It also proposes the establishment of a special registration system for large cash withdrawals, emphasizing that as long as a bank customer fulfills their obligations under the applicable rules, access to large sums of cash will not be restricted.

Other developed countries have already adopted regulations to increase control over cash flows and China is now trying catch up. After the new system is tested in the three regions, it is expected to form the basis of a long-term large-scale cash management mechanism. According to the Xinhua report, Beijing’s main motive is to “promote the concept of rational use of cash.” But the new focus on increased oversight over cash transactions may also be related to the plan to issue a digital yuan, one of the main purposes of which is to exert greater control over financial transactions.

Is This the End of Paper Cash?

In the digital age, a walk away from cash sounds like a natural development. There is now a race between state actors, corporations, and communities to issue digital currencies that will replace paper notes and metal coins. There’s a lot of politics, geopolitics, macro- and microeconomics involved in the deepening competition to build the cashless society. If you visit a country like Sweden, you’ll realize it has already been created to a large extent. You’ll need a mobile app or a bank card far more often than banknotes to pay in stores. Consumer transactions with non-cash methods reach almost 60%. In fact, a number of bank branches in the country don’t accept or process cash deposits and withdrawals. Cash is disappearing in the Nordic nation, an article published recently by the Guardian noted. The piece describes Britain’s own rapid departure from paper money as well. The amount of Swedish cash in circulation has dropped from 80 billion to 58 billion kronor in the last four years, a reduction of over 27%. During the same period, ATM withdrawals fell by more than half. Meanwhile, in the U.K. cash transactions declined by over 50% between 2008 and 2018. Even Japan, where almost 80% of people use cash every day, is now promoting cashless payments, as news.Bitcoin.com reported this week.

But not all types of cashless relations are in the best interest of states and governments are starting to realize that. Paper money has certain advantages for ordinary people, like better privacy for the holder, that governments don’t mind getting rid of, which to a large extent explains the initial push to create cashless societies. A banknote is a contract in ink and paper between the issuer, a central bank, and the bearer, a citizen or a resident. In modern cashless societies these contracts are replaced by contracts between people and companies, on the one hand, and third parties such as commercial banks and payment processors, on the other. When bank branches and stores in Sweden reject government issued bills that’s is a problem for the Swedish state and its sovereignty over money. The threat is even greater in the case with currencies issued by corporations such as Facebook or Alipay, for example, where government money will not be part of the contract at all. It’s not surprising then that a growing number of states are trying to create their own digital currencies. Sweden’s Riksbank has been working on an e-krona for some time, which will be a central bank digital currency (CBDC). While the Bank of England has previously stated it is not planning to issue one, a couple of months ago Governor Mark Carney suggested that a network of CBDCs could unite to create a new “Synthetic Hegemonic Currency”. This sounds realistic as according to a study conducted by the Bank of International Settlements (BIS), 70% of 63 polled central banks are exploring the issue of CBDCs. Now as China is vowing to become the first nation with a digital fiat, pressure has been mounting on the U.S. Federal Reserve and the European Central Bank to create a digital dollar and a digital euro.

While paper notes and metal coins still have an appeal because of their physical qualities, since the invention of fiat money part of the subject of the contract they represent has been lost. Sterling in the name of the British currency doesn’t refer to a silver alloy anymore and this isn’t going to change with the introduction of its digital version. Money based on other contracts, such as with corporate entities and third parties, certainly comes with many disclaimers as well. That creates a real window of opportunity for permissionless decentralized cryptocurrencies, now when societies are going cashless, and a recently conducted survey showed that almost a tenth of Chinese students already own crypto. To use digital cash in financial interactions with others, you neither need a contract, nor a third party.

What’s your prediction about the outcome of the race between various digital currencies to replace paper money? Share your thoughts on the subject in the comments section below.

Beijing has renewed its war on crypto activities just over one month since President Xi Jinping lauded the potential of...