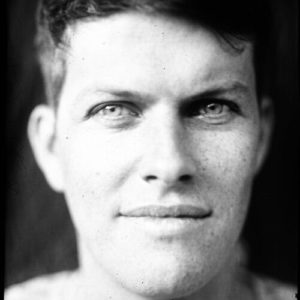 After acquiring an affinity for cryptography from Simon Singh’s “The Code Book”, Stefan realized that one of the best use cases for blockchain were prediction markets. At first, he decided to build on Bitcoin. However, after one conversation with Joe Lubin, Co-Founder of Ethereum, the team was convinced to make the switch.

So please enjoy this chat discussing barriers to adoption for DEX’s, and Gnosis’s strategy for solving these shortcomings.

This interview took place at the Fluidity Summit in Brooklyn, NY. (To learn more about decentralized exchanges, click here)

What do you guys do at Gnosis?

We started Gnosis to build a prediction market framework on top of Ethereum. Within the last eight months, we also started working on decentralized exchange technology. The reason being that prediction markets allow you to create new types of tokens and those tokens have a specific property. At some point in the future, they would have a specific value, and then that value doesn’t change anymore. We use the term conditional payments. Those tokens can be traded somewhere efficiently, and currently, there’s no infrastructure available to do this.

So you’re building a DEX as well?

Yes, that’s why we also work on the infrastructure which allows efficient trading of prediction market tokens. The first attempt to do this is using something that you call “Dutch exchange” where we apply the model of batch auctions to the decentralized exchange.

As prediction markets are concerned, what is the main difference between Gnosis and Augur?

That’s why, in my opinion, using this kind of Oracle is more like an insurance in case the decentralized information feed fails. With Gnosis, this is not our business at all. We’re not working on Oracle solutions. We’re happy if Augur succeeds and creates a functional, working, decentralized Oracle that can be used within the Gnosis framework and it can be used within the Augur prediction market framework.

What is one thing you want people to understand about decentralized exchanges?

The main reason for that is that they have some time constraints on blockchain which don’t exist in centralized exchanges. In a centralized exchange, you have almost immediate execution of trades. On the blockchain, you naturally have lock time which is the minimum time they need to settle a trade. That’s why we have to think differently. For centralized exchanges, we’re using something like order books that everyone’s aware of, but if you were to apply the same model to blockchain, then you run into many issues.

Mainly, one of them is front-running, so there’s a possibility that within the time you send an order, someone else will realize that you’re sending the order and the price can change within this time of settlement and someone can take advantage of this and just place another order just before it’s settle. So, this is a big problem, and that’s why we need to have a different type of model. What we’re proposing is to use something called batch auctions where you connect orders over a period of time which can be within this lock time, and then you settle all of them at once for the same price.

So, there’s no opportunity for anyone to front run because even if you tried to front run, you would still get the same price as everyone else.

That’s right. We used a batch auction. In our case, we were going with the Dutch auction. So, people may wonder why do you use a Dutch auction? You could also use any second price auction. The simple reason why you should use a Dutch auction is that it’s simple. It’s something simple to implement. Also, anyone participating is immediately committed. The smart contract never controls more money than necessary to finish the auction. If you do like an eBay kind of auction, not everyone wins. Everyone else who’s participating, they lock up some money until the auction finishes. This doesn’t exist in this type of auction model because everyone who was sending a bid is immediately committed.

That’s a different model than most of the exchanges out there.

That’s correct. Currently, I think for the convenience or for not having to educate users, most exchanges are just replicating the order book model on the decentralized exchanges, which has all those flaws. It has the flaw of front-running, and it has the issue that if there are low liquidity tokens, there’s a bid-ask spread because there’s hardly anyone trading those. We say, okay, let’s aggregate liquidity over time and then sell off everything at once. This way we don’t have a bid-ask spread.

Why are people not using decentralized exchanges? What are the barriers-to-adoption?

The user experience has to be one-to-one with how they use a centralized exchange. Then, they have the benefit that they are still in control of their money. They are not going to lose their money, and the exchange cannot be compromised, and hopefully, you’re also able to have much more liquidity over time and see fairer prices compared to exchanges where very few traders have an advantage over the regular traders and extract value at the expense of everyone else trading. So, like front-runners, high-frequency traders, and anyone doing arbitrage trading.

What needs to happen for consumer mass adoption? What are the next steps? How will these problems be resolved?

Hopefully, within this year, we will see solutions for all of those problems, the first iterations of those. Concerning private key management, the goal should be that there is no private key management. The way you could build this is that instead of directly interfacing with the Ethereum network using a private key, essentially, you are interacting a proxy contract, a smart contract that lives on Ethereum.

The big advantage of this is, if you’re always interfacing via the smart contract, then you can build a recovery mode into the smart contract which allows you to replace one device that holds the private key in case you lose this device. So, in case you lose your phone, your money is not lost even though you don’t have a backup in place for this. There’s a recovery mode which allows you, under certain conditions, to replace the device. This is for the usability problem. The other problem is scalability. Right now, Ethereum doesn’t allow you to build a competitive exchange, at least not directly on Ethereum itself because the limited number of transactions and the costs are high. What we have to do is we have to build something called layer two solutions. Solutions built on the Ethereum network which take advantage of Ethereum as a security layer.

The security of the Ethereum platform can be leveraged on layer two protocols to facilitate higher transactions. One technology that is specifically interesting is called Plasma which is a sidechain technology where the user has the same security guarantees as on Ethereum, and the only thing that can happen is that the authority organized in the Plasma chain does something malicious, but in that case, everyone can still get their money back. The advantage is that you’re not constrained anymore to how many transactions Ethereum can facilitate. 1,000, 2,000, 10,000 transactions a second.

I think the first goal is to replace centralized crypto exchanges. Hopefully, this happens in the next year, two years, maybe three years. I think once they’re established, and people realize that these models work, that they can outperform centralized exchanges, organizations will move away from centralized exchanges. At that time, probably more and more security tokens will be issued. They can also be traded on those platforms. I think by that time, there is a chance that we can already outperform existing stock exchanges as well. I think it will take about five to ten years.

I assume as most assets become tokenized here in the next three or so years, that’ll be very synergistic with the decentralized movement of exchanges because now it’s not just stocks, bonds, etc. It’s their tokenized avatars, if you will, the tokenized representations of the underlying asset. I envision that trend will only bring decentralized exchange to the fold.

What you always have to take seriously is security models. Security models meaning asking the question “under what assumptions does an exchange or decentralized application function, and what are the risks and how are they mitigated?” Many protocol or application developers, they make many assumptions, and mostly they don’t back them up with robust security models. If you are considering supporting a project that has many assumptions but no security model, better ask them directly and push them into the direction to actually spend more time on this because otherwise it’s probably not going to work. I feel like most people don’t really care. You really have to dig into the details to actually make sure that this works.

I agree completely. Nobody wants another Mt. Gox. What are some of the exciting blockchain concepts and innovations that you’re witnessing over in Berlin?

There’s a vibrant blockchain community. Regarding core developers, Berlin probably has the highest density. The Parity team is there as well as the Cosmos team, the Raiden team, and the TrueBit team. So, all of those scalability solutions for blockchain are being developed mostly in Germany. That’s super fascinating, and I think all of them have actually pretty big potential. They’ve also worked together.

I think it’s imperative that people understand that there’s not been one single scalability solution, but every year, scalability solution has a specific use case. Plasma-based exchanges have a significant advantage in that people can easily join and leave this chain at any time. It’s excellent for decentralized exchanges. TrueBit is excellent for off chain computation. All of this is super exciting. They are all fitting their own use case, and hopefully, most of them will be developed in Berlin. We help make sure that they are also suiting decentralized development.

Thanks for your time, Stefan.

The post Gnosis’ Stefan George on Barriers to Adoption for Decentralized Exchanges appeared first on CoinCentral.

Identity of Things based on IOTA tangle.

While waiting for Jinn, that will allow micro IoT device to calculate quantum resistant signature of their transactions, I’ve been...