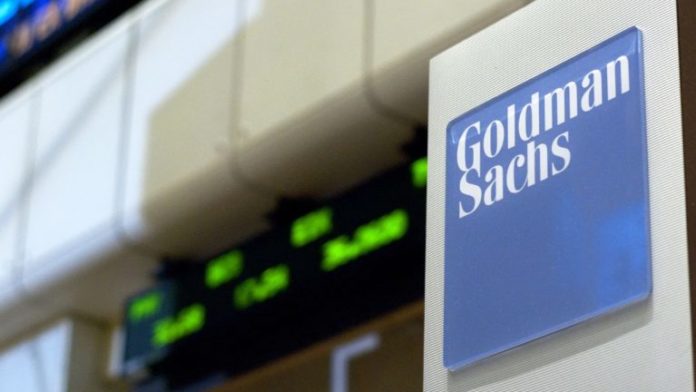 Goldman Sachs is considering creating its own cryptocurrency. Having recently appointed a new head of digital assets, the company indicated a possible collaboration with other companies, including JPMorgan and Facebook. JPMorgan has created the JPM coin and Facebook has proposed the Libra cryptocurrency project.

We are exploring the commercial viability of creating our own fiat digital token.

However, McDermott added that “it’s early days as we continue to work through the potential use cases.” He is expanding his team at Goldman Sachs, reportedly hiring Oli Harris, JPMorgan Chase’s head of digital assets strategy. Harris was involved in JP Morgan’s cryptocurrency, the JPM coin, and was also a vice president in charge of Quorum, the ethereum-based blockchain platform that underpins the JPM coin. The coin, pegged to the U.S. dollar, enables the instantaneous transfer of payments between institutional clients, JPMorgan explained on its website.

The new digital assets head said that it is crucial to build “consensus with other banks, institutional investors and regulators,” the publication noted. He believes that “The technology will only take off when it gains a critical mass of users across the world of finance” and “industry consortiums are the best way forward.”

McDermott further explained that he “spends a lot of time talking to other companies, including JPMorgan and Facebook.” The social media giant has proposed a cryptocurrency project called Libra, which recently updated its plans to better comply with regulatory requirements. According to CNBC, he indicated:

One Goldman project involves collaboration with JPMorgan, potentially regarding how the two banks’ nascent technology efforts could work together.

“In the next five to 10 years, you could see a financial system where all assets and liabilities are native to a blockchain, with all transactions natively happening on chain,” the new digital assets head opined.

He believes that “Since the boom days of bitcoin a few years ago, interest has shifted from retail and rich investors to large institutions,” the publication conveyed. “We’ve definitely seen an uptick in interest across some of our institutional clients who are exploring how they can participate in this space … It definitely feels like there is a resurgence of interest in cryptocurrencies,” McDermott was quoted as saying.

Goldman Sachs has not been pro-cryptocurrency in the past. In May, the investment bank told its clients that “cryptocurrencies including bitcoin are not an asset class.”

What do you think about Goldman Sachs’ cryptocurrency plan? Let us know in the comments section below.

Bitcoin has been caught within a consolidation phase within the upper-$11,000 region for the past several days and weeks The...