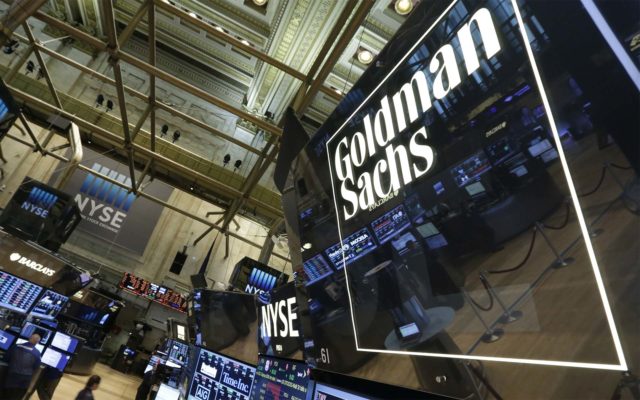 Goldman Sachs is predicting a new 2019 bitcoin price high of $13,971 once the current pullback is over.

In a note released to investors, the Wall Street bank predicted a short-term bitcoin price target of $13,971. Going by the current market value, this forecast indicates a 25% increase in bitcoin price during the upward push.

Su Zhu of Three Arrows Capital posted a tweet on Monday (August 12, 2019) showing a portion of the note from Goldman Sachs. The forecast appears to rely on the “Elliot Wave Theory,” which holds that there is an observable pattern in the price action of assets controlled by herd mentality.

What is more surprising: that Goldman Sachs has a bullish target on $BTC, that they have any target at all, or that they use Elliott Wave Theory?

I’m personally most surprised they cant be bothered to use a chart that includes weekend price action. pic.twitter.com/ocpq7hr0qv

This pattern moves between periods of optimism — uptrends, and pessimism — downtrend. According to the note, if the bitcoin price doesn’t fall below $10,791, there is every likelihood of a push towards the $12,916 and $13,971 price levels.

Back in April 2019, Binance Research published a report highlighting the impact of herd mentality on crypto price action. According to the document, the effect was most noticeable during late uptrend and early downtrend phases.

Goldman’s analysis doesn’t, however, account for weekend trading as it uses only data from bitcoin futures. A rise to $13,971 would also mean a new 2019 bitcoin price high, bring BTC less than $6,000 outside its mid-December 2017 all-time high. 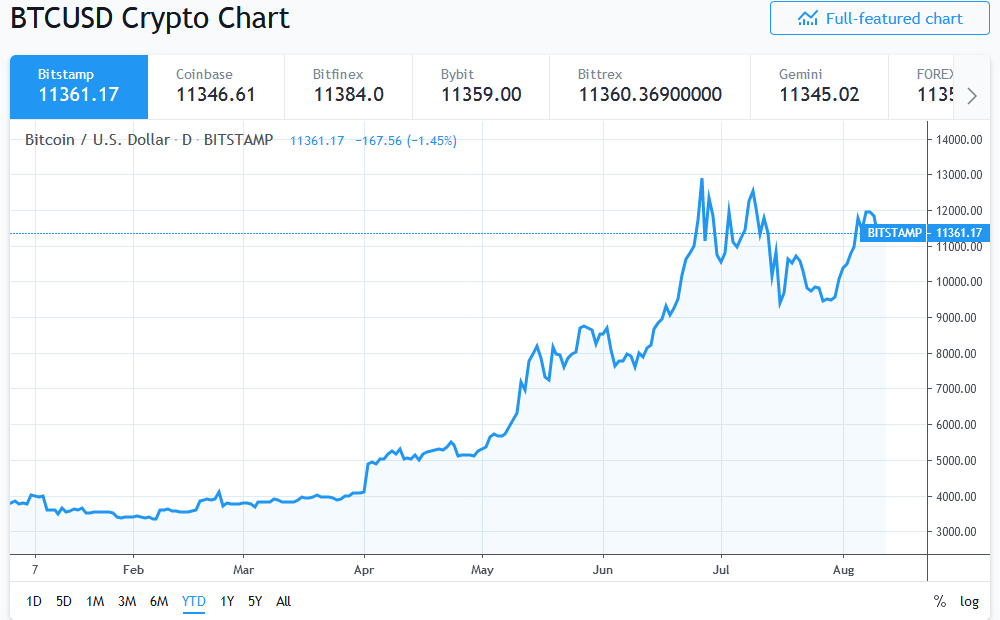 As previously reported by Bitcoinist, the latter half of summer usually coincides with a downtrend for bitcoin. After breaking above $13,000 in the second week of July, BTC slid all the way down to the mid-$9,000.

There has since been a mini recovery beginning at the end of July. This past week in August has seen the bitcoin price achieve its highest weekly closeout of 2019.

According to Goldman’s analysis, any pullback after the bitcoin price reaches $13,971 represents another buying opportunity. On the road to almost eclipsing $20,000 in 2017, the bitcoin price action saw no less than eight 30% pullbacks.

An excerpt from the note reads:

Any such retracement from 12,916-13,971 should be viewed as an opportunity to buy on weakness as long as it doesn’t retrace further than the 9,084 low.

Recently, billionaire VC investor Tim Draper doubled down on his $250,000 bitcoin price forecast by 2022 or Q1 2023 at the latest. Draper also remarked that the top-ranked crypto will be a major medium of exchange globally.

Do you think bitcoin will set a new 2019 high after the current pullback? Let us know in the comments below.

Negative interest rates have been making big headlines lately, as several countries and big banks are now experimenting with the...