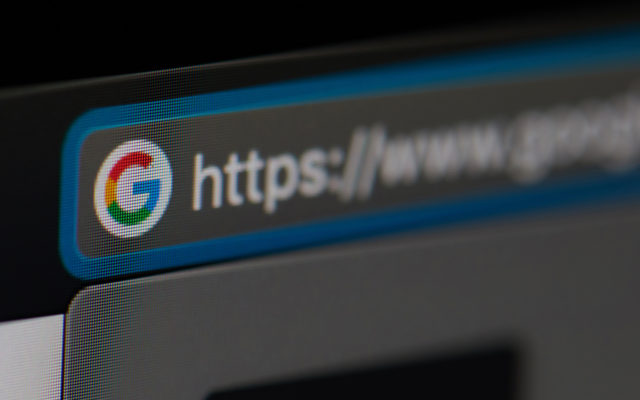 Bitcoin.dev is no longer available on the Google .dev domain registry. This news comes amid the public rollout of the .dev top-level domain (TLD).

If you were eyeing ownership of bitcoin.dev while waiting for Google to release the new TLD officially, that chance is long gone. A redditor with the name “salsa-system” posted a couple of hours ago that Google has registered both the bitcoin.dev and blockchain.dev domains on Tuesday (February 19, 2019). 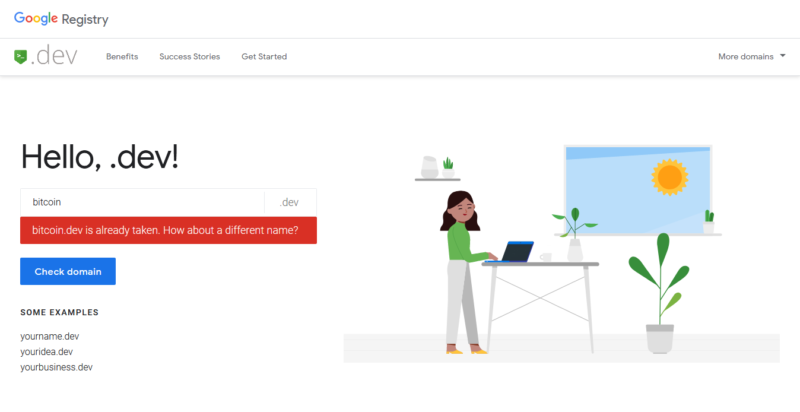 This news means that someone splashed $12,500 to lock down the .dev domain for the top-ranked cryptocurrency. That’s $25,000 in total if the same entity also acquired blockchain.dev.

As at press time, a quick check on the registry shows that ethereum.dev is unavailable but addresses like satoshi.dev and btc.dev haven’t been claimed yet. Like in other business segments, prime domain names are also highly sought after in the cryptocurrency ecosystem.

The news comes as Google, the owners of the .dev domain announced the public release of the new TLD in a blog post published on Tuesday. According to the statement, individuals and companies alike can utilize the early access program to acquire their preferred .dev domain names.

An excerpt from the announcement reads:

We hope .dev will be a new home for you to build your communities, learn the latest tech and showcase your projects-all with a perfect domain name.

Currently, platforms and organizations like GitHub, Salesforce, and JetBrains are already using the new TLD. According to Google, the .dev domain is for developers and coders.

This admission by the company might in some way be an attempt to appease developers. In 2015, Google’s acquisition of the .dev TLD caused an uproar from stakeholders in the industry.

At the time, developers used the domain for their internal website testing protocols. This situation became even further exacerbated when a couple of years later, the company took the domain private, causing test webpages to stop working.

In any case, it seems like Google is starting to dip its toes into Bitcoin. Just yesterday, Bitcoinist reported that Google has introduced the Bitcoin symbol (₿) into its iOS keyboard.

Who do you think paid $22,000 to lock down bitcoin.dev and blockchain.dev domain names? Let us know your thoughts in the comments below.