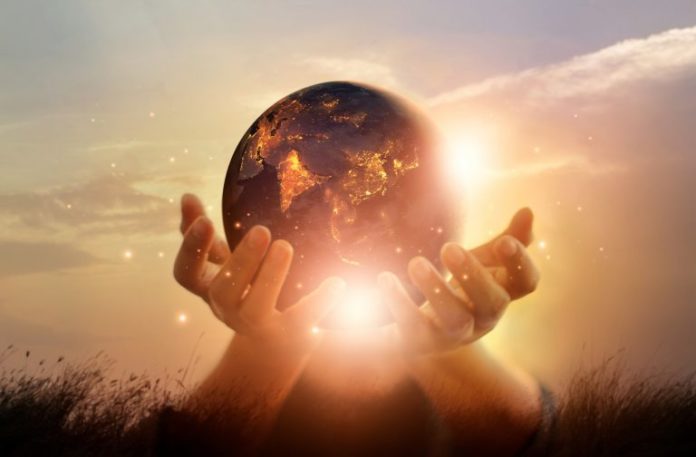 A recent article from MIT Technology Review has leveraged a somewhat sensationalist headline to stir up fear about bitcoin and crypto. The article, written about a “hidden” government weapon to be deployed against Bitcoin, references September 3 senate subcommittee testimony by Washington D.C. consulting firm Financial Integrity Network. In the testimony, Vice President of the firm David Murray calls for the Bank Secrecy Act to be expanded to include regulating bitcoin miners as traditional financial institutions. With the U.S. dollar already backing most crime worldwide, one is left to wonder why so much focus is directed at crypto, and so little at the largest perpetrators of violence on earth — governments.

While the MIT publication drums up fear of unfeasible regulation of bitcoin miners via an almost 50-years-old “hidden weapon,” things at the crypto-involved Massachusetts Institute of Technology aren’t looking so regulated, either. Last week’s resignation of head of the MIT Media Lab, Joi Ito, follows the revelation that he had been secretly accepting huge donations from then-convicted sex offender Jeffrey Epstein, who was arrested for additional charges of sex trafficking of minors in July, and reportedly killed himself in a Manhattan jail cell on August 10.

MIT is conducting an internal review of the Epstein matter, which could be connected to donations from such influential tech-savvy billionaires as Bill Gates. The school has a history of taking underhanded jabs at disruptive and subversive tech like Bitcoin, and remaining tellingly silent when human rights activists are put on the spit of government persecution, or when ties with brutal, U.S.-supported dictatorial regimes like Saudi Arabia are concerned. In a joint-authored MIT Media Lab-connected piece published to The Atlantic in 2016, the writers state:

The [bitcoin] cryptocurrency is a powerful tool for early adopters and middle-class entrepreneurs, but it may not provide the opportunities in the developing world that its advocates claim. That’s fair enough, and at face value a pretty innocuous and possibly substantial claim. But the Bitcoin critical hint-drops continue throughout the piece, suggesting to readers that they “dig into the ways mobile money is embedded in new, networked systems of control and value enclosure, as opposed to being a purely grassroots phenomenon for social inclusion.”

Tellingly, the url for the piece includes the word “hype” and the original title, prior to being edited, was “The New Bitcoin Myth.” For anyone that can read between the lines here, The Atlantic piece is an attempted attack on the utility of crypto and its revolutionary potential, coming from a massively government-funded university. According to a 2017 letter from MIT president L. Rafael Reif:

Congress will shape the final terms. But because we rely on federal funding for 66% of our campus research support, we must take this “blueprint” seriously, for both what it says and what it signals.

Indeed, the block size limitation critiques made in the article are valid, but that was 2016, prior to the BCH fork remedying this issue. Even the sometimes lagging transactions of that time didn’t make legacy services truly better, anyway, and for someone looking to escape the anvil-heavy shackles of the fiat banking racket, BTC still held great utility. The MIT/Atlantic piece promotes fiat transfer services over crypto alternatives, and takes aim at so-called “Bitcoin do-gooders.” At the end of the day, it reads a lot like any other crypto faux intelligentsia screed. In the crypto space, seeing which altruist can shout the loudest about adoption and inclusion is the norm. But prattling on about government regulation helping to mainstream crypto, or stablecoins like USDC helping to “bank the unbanked” is largely fruitless when it comes to real world application. One voice is noticeably underrepresented here: that of the simple peer-to-peer trader.

What the aforementioned MIT secret weapon piece fails to note is that crypto can indeed already help anyone. If the banks would get out of the way, and with them, the state. Thanks to ever-increasing regulations designed by global groups like the Financial Action Task Force (FATF), tax agencies like the IRS, and government talking heads or financial regulators, the “unbanked” still cannot access these revolutionary technologies freely.

News.Bitcoin.com pointed out in a recent article on stablecoins that even access to the services supposedly tailor-made for the unbanked can require bank account information. A simple wallet, internet connection, and willing market is all that is truly required. So why do governments seek to complicate crypto? Maybe they’re not so much concerned with human trafficking and terrorism, after all, but more with maintaining control of the global money supply. The Crypto Revolution Is Now

If politicians and lawmakers of the world truly want to help abused children, impoverished people, and victims of all sorts of other crimes and violations of humanity, they should turn the camera — and the handcuffs — back on themselves. Demanding that the unbanked and financially struggling of the world first pass through impossible KYC drawbridges, treating everyday P2P traders of crypto as criminals, and gaslighting an entire movement based on actions the government itself is more guilty of than anyone else — like murder, sex abuse, trafficking, and terrorism — perhaps it’s time to let the free market and local communities regulate themselves. This can be, and is currently being done in spite of the prevailing evil paradigm, via the understanding of individual self-ownership and economic sovereignty.

Wonderful charities and aid initiatives for helping the underprivileged of the world directly, already exist. Eatbch, for example, is a “Peer-to-Peer Electronic Cash-to-Food System” that collects BCH donations to feed hungry people in economically struggling regions of the world. A member of the South Sudanese team reported to Bitcoinafrica.io:

We started the charity part-time on weekends in the capital, Juba, in our neighbourhood and then expanded to some of the most affected areas by the conflict, such as the town of Yei or Bor. There, we were able to feed over 500 internally displaced people, mostly elderly and children. We were able to do that through our colleagues whom we trained after coming back from the blockchain conference.

Other notable crypto-friendly initiatives include Airdropvenezuela, Coins 4 Clothes, and EFF. Beyond organized efforts, though, the real revolution of peer-to-peer electronic cash is individual financial sovereignty. The more wealth everyday individuals can build, the better they can help themselves, their communities, and grow their visions for making the world a better, more free and humane place. This is something no centralized government can ever do, as the intimate, one-on-one relationships and knowledge held by private individuals in community with one another can not be “processed” or formalized by monolithic, inefficient, violence-based institutions like the state.

The reason that so many crypto regulations are being introduced while governments evade scrutiny for the very same crimes is simple: their money is not sound. Not even conceptually. Bitcoin is. If critical mass is reached, and everyday folks realize that economic sovereignty is possible, it’s game over. The Monopoly board will have to be folded up, and the sulking bullies sent home. It’s highly unlikely they’ll go without a fight.

What are your thoughts on crypto regulation and economic freedom? Let us know in the comments section below.

The post Government Hates Crypto Because It Empowers the People, Not Because It’s Used for Crime appeared first on Bitcoin News.

P2P Bitcoin exchange Localbitcoins faced fresh controversy this week after appearing to warn users not to use privacy-focused web browser...