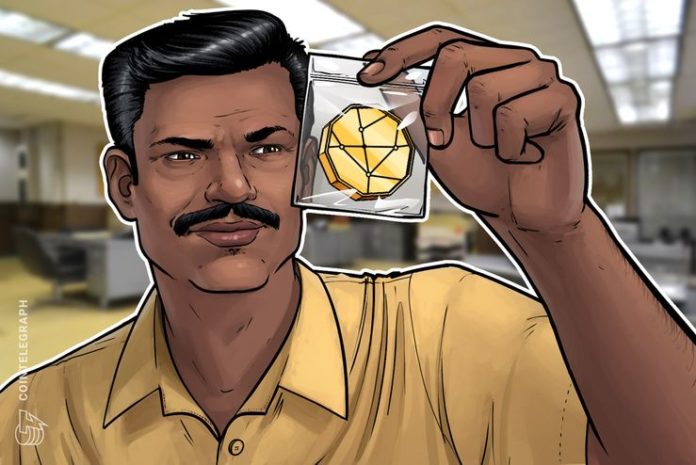 Cryptojacking is the practice of infecting a target with malware that uses a computer’s processing power to mine for cryptocurrencies without the owner’s consent or knowledge.

New research from cybersecurity analysts reportedly reveals that widely trusted government websites – including those of the director of the municipal administration of Andhra Pradesh, Tirupati Municipal Corporation and Macherla municipality – have become the latest to be exploited by the practice.

According to the Times, Guwahati-based security researchers Shakil Ahmed, Anish Sarma and Bhuyan were the first to identify vulnerabilities on the AP government websites, all of which are subdomains of the extremely popular ap.gov.in – which is reported to receive over 160,000 visits per month.

According to the ET, crytojacking appears rife on enterprise as well as government systems, with PublicWWW listing over 119 Indian websites that run Coinhive code – a script created to mine Monero (XMR) via a web browser.

ET cites a recent Fortinet report that suggests cryptojacking has more than doubled between 2017 Q4 and 2018 Q1, with the percentage of affected enterprises rising from 13 to 28 percent.

Fortinet’s Rajesh Maurya told ET that cryptojacking generates revenue “with a fraction of the effort and attention caused by ransomware,” noting that illegal video-streaming websites are a particularly lucrative target, as the script can make use of multiple CPU cycles to mine crypto as users watch movies or TV series.

ET further reports that internet of things (IoT) products are considered by security experts to be “the next frontier” for cryptojackers, given that such devices have high processing power and yet may be idle for much of the day. ET’s search on IoT-focused search engine Shodan.io found that over 13,500 home routers in India were infected by cryptojacking malware – a figure that was only outflanked globally by Brazil.

As previously reported, a research this summer from cyber security firm McAfee Labs revealed that cryptojacking malware activity had risen a staggering 629 percent in 2018 Q1.

According to Fundstrat analyst Sam Doctor, it appears Bitcoin Core (BTC) hashpower has doubled since just before the start of...