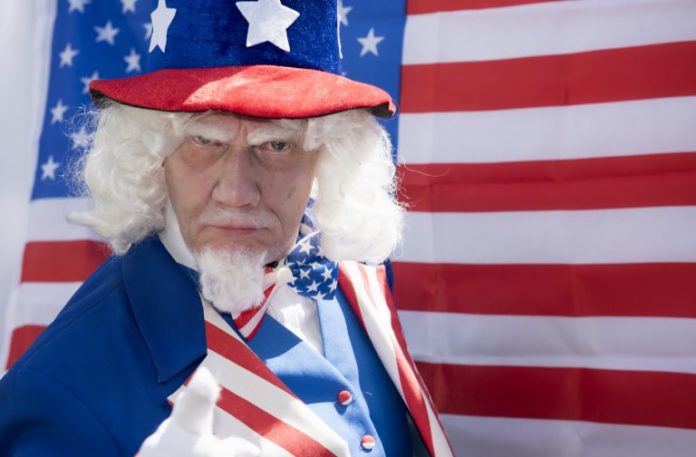 In recent commentary at a New York blockchain conference, IRS Criminal Investigation Chief John Fort said the agency is now turning its focus to crypto ATMs and kiosks, as well as American users of foreign exchanges. While the continued push to regulate crypto is no surprise, the general narrative espoused by U.S. officials that cryptocurrencies are a “threat” is worth examining. Crypto is a tool like any other, and those individuals and institutions refusing to recognize the value of decentralized, permissionless trade may soon find themselves relegated to the scrap heap of history.

Tale of a Luddite Nation

As the pejorative verbal jab “OK boomer” is gaining quick currency on social media these days — designed as an outright dismissal of someone too old or out of touch to understand modern times — perhaps it stands to look at some “boomer governments.”

While the “OK boomer” quip is already cliché and a bit cringe-worthy (most who leverage it don’t realize how old baby boomers actually are, or seem cognizant of their own age-related incapacities), it still works as a convenient linguistic dismissal of ineptitude. Exemplifying this antiquated mindset of “if it’s not the old way, we’re not interested,” is the good ol’ US of A. Especially when it comes to crypto. In a recent interview with Bloomberg Law, IRS Criminal Investigation Chief John Fort shared his agency’s renewed focus on crypto ATMs and kiosks, stating: “In other words, if you can walk in, put cash in and get bitcoin out, obviously we’re interested potentially in the person using the kiosk and what the source of the funds is, but also in the operators of the kiosks.” Fort went on to further detail that the agency is targeting folks fleeing to foreign crypto exchanges as a result of U.S. policy, noting:

We have concern that as things tighten up here in the U.S., that we are pushing people to foreign exchanges … We have to focus on that as well.

While the various alphabet agencies of the U.S. government continue waging war on inanimate objects like guns, cannabis and kiosks, they’re not alone. U.S. Treasury Secretary Steven Mnuchin also realizes that neutral tools such as cryptocurrencies pose a serious threat to all of us.

As he stated back in July: “This is indeed a national security issue.” Mnuchin further elaborated that “Cryptocurrencies such as bitcoin have been exploited to support billions of dollars of illicit activity like cyber crime, tax evasion, extortion, ransomware, illicit drugs, and human trafficking.” Wow. One would think we’re dealing with atomic weaponry or something, and not just another form of money. Unfortunately for Mnuchin, his boomer-esque view seems unwilling to consider the vastly superior amounts of terror and criminal activity financed by USD. He’s actually outright denied this even happens. As the U.S. federal government putzes around with half-hearted promotion of its Fednow payment system, a “new round-the-clock real-time payment and settlement service … to support faster payments in the United States,” the Chinese government is steaming ahead, openly promoting blockchain technology and on the cusp of releasing their own central bank digital currency (CBDC) which would effectively be a new, digitized yuan.

President Xi Jinping was quoted last month as saying “We must take blockchain as an important breakthrough for independent innovation of core technologies, clarify the main directions, increase investment, focus on a number of key technologies, and accelerate the development of blockchain and industrial innovation.” These factors seem to stand in stark contrast to U.S. leadership’s sluggish approach to getting with the times. Even as congressional representatives push for the U.S. to research similar tech in digitizing the U.S. dollar, movement is slow. ATM Scandals Highlight Human Nature, Not the Evil of Crypto

Fort is not mistaken in pointing out that crypto ATMs can and do facilitate money laundering and criminal activity. Back in July several Madrid-based scammers were busted by Spanish police and Europol for using the machines to fund drug traffickers in Columbia. The mayor of Vancouver, Canada also notes the ATM threat and has been pushing for an outright ban on the over 70 machines currently installed in his city, with Canadian police commenting in June that bitcoin ATMs are “an ideal money-laundering vehicle.” A February, 2019 report from the Vancouver P.D. to the police board noted:

Since there are no requirements to register any customer details, it is easy to see how cash can be transferred into Bitcoin and vice versa. A user can also launder an unlimited amount of money using smaller transactions so as not to arouse suspicion, like they would at a regular bank.

As licensing requirements for owners of the machines in the U.S. are still in flux, it’s clear to see why officials like the IRS’s Fort are concerned. But where, some are asking, is the concern that ought to surround the U.S. dollar’s predominant role in such activities?

After all, the world reserve currency currently and historically financing endless warfare and the unnecessary deaths of millions of human beings, criminal trafficking of unprecedented proportions, and the perpetuation of crippling amounts of debt foisted onto the backs of hardworking people, is the United States dollar. Further, as former U.S. Treasury officer Jennifer Fowler has affirmed, “Although virtual currencies are used for illicit transactions, the volume is small compared to the volume of illicit activity through traditional financial services.” It stands to reason then that maybe it’s corrupt individuals, and not bitcoin or ATMs, that are the problem. Tools in the Hands of Tools

Destined for the rubbish heap of embarrassed obsolescence, the anachronism known as legacy finance simply cannot last much longer if humankind is to progress and flourish. While China may praise “blockchain” in speech, and popular politicians issue similar virtue-signaling proclamations, one critical factor remains unaddressed: the future of finance is not simply blockchain-based fiat or heavily regulated decentralized cryptos like bitcoin; the future of finance is private and permissionless money.

The state depends on permissionless-ness, privacy and individual, brilliant minds to develop its tools. The internet and Tor, for example, were both initially government projects that relied on the genius and know-how of private innovators and scientists to come about. These projects helped to transfer classified, private information with nobody’s permission save the state.

Once any tech (whether from the private or public sector) becomes popular, attempts are made by this same state to suppress functionality. The activist-halted Stop Online Piracy Act (SOPA) of 2012 for example, would have made it legal to imprison people for up to five years simply for streaming copyrighted content online. Another example is how one cannot trade bitcoin nowadays (at least not freely) without the risk of being caged or extorted by the IRS. Further, encrypted chat applications are also under fire. It seems the folks called government are allowed their privacy in using such tools, but don’t want anyone else to have it. Instead of allowing communities of individuals to self-regulate, these “special people” called government retard progress and use new tech for evil purposes such as spying (as revealed by Edward Snowden), killing innocent humans (endless warfare and the war on drugs), and extortion (taxation). Government agencies do this by leveraging their systematic lack of accountability. After all, when you are judge, jury, and executioner, it is difficult to be held accountable. In the interest of equality, this same level of anarchic freedom ought to be afforded to everyday, decent people as well, and not just to state sociopaths. There is much good being done with the tool called bitcoin by everyday people, in spite of all the state’s propaganda.

Future generations will view attempts to regulate financial freedom with violent legislation much the same way as chattel slavery is viewed today. In the future, when someone so much as implies a private transaction ought to be reported to the violent and now dead antiquity called “government,” the reply will be as swift and detached a mocking dismissal as is apt for any bigot of modern times: “Okay, boomer. Thanks.”

What are your thoughts on state regulation of crypto and the FBI’s new targets? Let us know in the comments section below.

The post Governments Viewing Crypto as a Threat Will Be Left Behind appeared first on Bitcoin News.

Google Branches Into Banking, Is It a Threat to Bitcoin?

The big threat for Bitcoin at the moment is Google’s quantum computing prowess. A move by the search giant into...