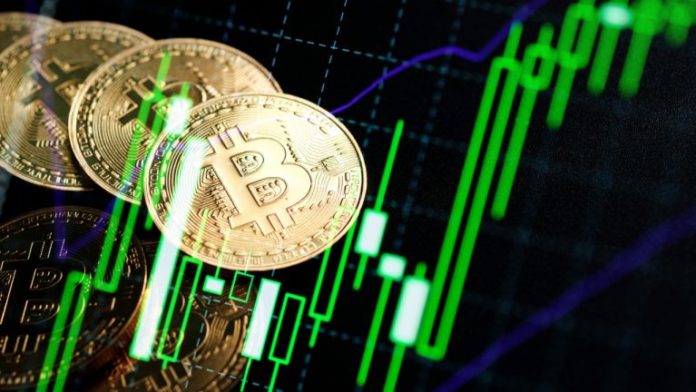 Grayscale Investments has purchased more than 1.5 times the number of bitcoins mined since the third Bitcoin halving for its bitcoin trust. This indicates that there is a strong institutional demand for the cryptocurrency, which is expected to grow significantly post the coronavirus crisis.

GBTC Buys 1.5 Times the Amount of Bitcoin Mined After Halving

Grayscale Bitcoin Trust (GBTC) has been racking up the number of BTC it has purchased since the third Bitcoin halving. Between May 12 and May 18, the week following the halving, Grayscale Bitcoin Trust acquired 12,021.15320371 bitcoins representing $112,336,936, according to Grayscale Investments’ filing with the U.S. Securities and Exchange Commission (SEC).

This means Grayscale Bitcoin Trust added more than 1.5 times the number of bitcoins mined during the two-week period after the third Bitcoin halving. This represents a major increase in its buying. For the 100-day period ending May 17, news.Bitcoin.com previously reported that Grayscale Investments purchased 33% of all bitcoin mined.

“Grayscale’s Bitcoin Trust is on a whole new level in 2020 … Institutional money has arrived,” Rooke asserted last week. In response to his analysis showing GBTC’s average weekly investment of $29.9 million in Q1 2020, a substantial increase from the $3.2 million in the first quarter of last year, Grayscale CEO Barry Silbert hinted on Twitter: “just wait until you see Q2.”

As of May 28, Grayscale Investments’ total assets under management (AUM) is $3.7 billion, spread over 10 cryptocurrency investment products. Among them, Grayscale Bitcoin Trust has the largest AUM of $3,302.2 million, followed by Grayscale Ethereum Trust with an AUM of $292.6 million. Grayscale previously revealed that 88% of all capital inflows in the first quarter were from institutional investors, dominated by hedge funds. Both the Bitcoin Trust and the Ethereum Trust saw record capital inflows.

Analysts have predicted rising institutional demand for cryptocurrency after the global economy recovers from the coronavirus pandemic and economic crisis. Several billionaire investors have also recommended investing in bitcoin as they expand their portfolios’ exposure to the cryptocurrency. With the sheer amount of bitcoin Grayscale has been purchasing, Rooke noted:

Wall Street wants bitcoin, and they don’t care what Goldman Sachs has to say.

His tweet followed Goldman Sachs’ client call about bitcoin, during which the firm highlighted its negative outlook towards the cryptocurrency. Goldman Sachs told its clients that cryptocurrencies “are not an asset class,” ignoring a ruling by the U.S. Commodity Futures Trading Commission (CFTC) which found cryptocurrencies to be a commodity. Meanwhile, another major investment bank, JPMorgan Chase, is warming up to bitcoin and has reportedly begun providing banking services to crypto clients.

What do you think about the amount of BTC Grayscale Bitcoin Trust is buying? Let us know in the comments section below.

Singapore, 29th May, 2020 - BiKi Group recently announced that its BiKi Industry Fund has made a strategic investment of...