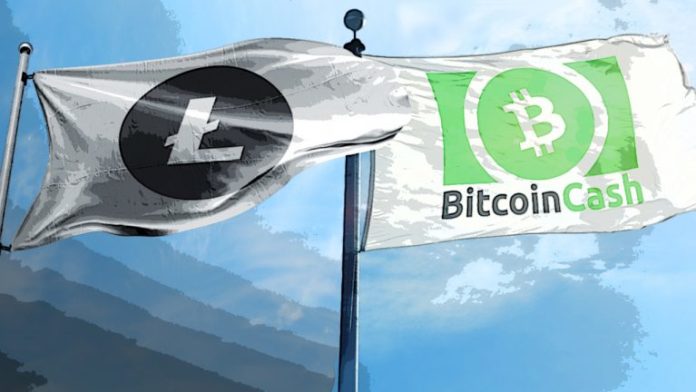 This week data from Arcane Research shows there’s been massive demand for Grayscale’s recently launched publicly traded crypto trusts. Following the trusts getting DTC eligibility last monday LTCN (litecoin) shares have been selling for a 753% premium while BCHG (bitcoin cash) shares have sold for a 351% premium.

Trading of both trusts didn’t really pick up until the very next day and Arcane Research said LTCN “traded with a wild premium since the launch.”

“Currently, the premium of LTCN is at a whopping 753%,” Arcane tweeted. “High retail demand for LTC exposure generates lucrative returns for the early investors of the trust.”

Grayscale offers several publicly traded trusts. These trusts are sold in the secondary market to the public at large premiums compared to the underlying value of the shares (NAV).

Arcane said the main drivers of Grayscale premiums include investors buying directly into the trust [who] seek compensation for the lockup period, high retail demand for crypto exposure through 401k savings, with few other options. The researchers also added some investors might not be aware of the premiums.

“The Grayscale [Bitcoin Cash] Trust was also launched this Tuesday, and has also traded at a large premium,” Arcane’s Twitter post added. “The current premium of BCHG is at 351%.”

Arcane added that the BCHG premium has been dropping since the trust launched. After tweeting about the LTCN, BCHG, and the ETHE trust as well, Arcane said that the public demand for digital assets makes it a perfect time to deploy an exchange-traded fund (ETF).

“Overall, the premiums of the Grayscale products are far above what they should be, when taking the lockup compensation into account,” the researchers noted.

The premiums show that the public demand for crypto exposure is high, and that the market is ripe for an ETF.

When discussing the data for the Ethereum Trust (ETHE), Arcane wrote that trust has $837 million worth of assets under management (AuM ) or 1.8% of the ETH supply. Arcane noted that when the trust came out of the gate, the “premium soared above 800%” but it has since normalized.

“The publicly traded shares of the trust (ETHE) currently trade at a premium of 93.7% compared to the NAV,” the researchers said on Friday.