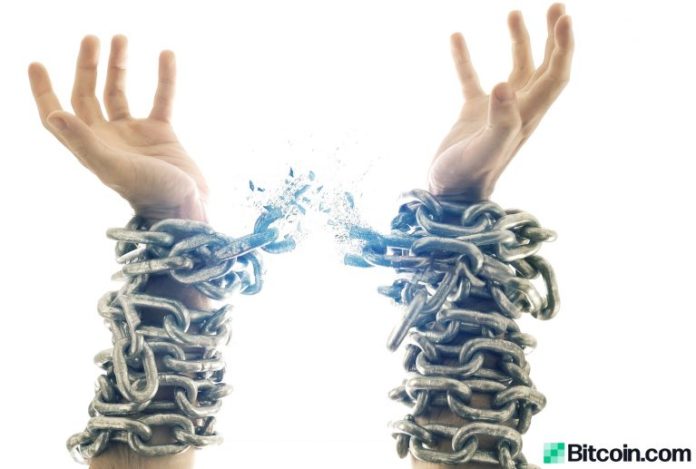 As digital currencies become a mainstay in society, a great number of governments have enforced strict tax guidelines, severe money transmission rules, and tough regulations. Because of a few nation-states’ harsh rules against cryptos, there are individuals who plan to renounce their citizenship in order to become stateless. Some people will also attempt to get double-citizenship, as both of these acts may help sovereign individuals avoid government intrusion and theft.

It’s been close to 11 years since the inception of Bitcoin and during the last few years government agencies and law enforcement have been cracking down on digital currency holders. In certain areas around the world, a few countries have extremely difficult crypto laws and stringent capital gains taxes. Countries like the U.S. have imposed strict regulatory guidelines across the cryptocurrency ecosystem and when the FATF “travel” rule applies things are only going to get worse. Despite the fact that a good portion of countries enforce horrible regulations against digital currency use, there are plenty of regions that are far more friendly toward the technology. To some people, in order to combat against overreaching statism, renouncing their citizenship or obtaining a second citizenship to a friendlier area is a great way to escape the wrath of the immoral governments.

You can renounce your citizenship in a variety of countries, but the U.S. has seen a significant amount of people relinquishing their citizenship. In fact, since 1998, the number of individuals renouncing their U.S. citizenship has been rising exponentially, year after year. The biggest reason Americans are leaving in large numbers is because of tax laws and the Foreign Account Tax Compliance Act (FATCA). The FATCA rule, a law that combats offshore accounts, initiated across the U.S. in 2010 and ever since then, Americans dropping their citizenship grew significantly. Additionally, the U.S. has shown contempt for digital currency holders forcing them to reconsider citizenship in order to find a region with fewer restrictions.

Renouncing your U.S. citizenship is doable, but the process can be lengthy and costly. American residents must pay 20X the average cost other nation-states charge, which can also vary between $1,000 to $5,000 per individual. The person must settle any unpaid taxes too and any government-based debts. Then after all the money is considered, Americans must relinquish their citizenship by showing intent to an authority figure. You must sign an oath declaring voluntary renunciation and then appear before a U.S. consular.

In addition to the consular or diplomatic officer, you also have to state your intentions to the U.S. embassy. Each and every one of these tasks requires patience and waiting for approval from the authorities. “During the interviews, you will have to elaborate on why you want to renounce your U.S. citizenship,” explains the nomadcapitalist.com’s ultimate guide to renouncing citizenship. The nomadcapitalist.com writer Andrew Henderson explains that the last renunciation he witnessed took about five months to process. However, Henderson notes that despite the length of time it takes, the process is rarely denied.

“The certificate is almost guaranteed,” Henderson writes. “While you do have to factor in the possibility that something wasn’t done correctly on the technical side of your renunciation, it is very rare for renunciation to be rejected once the oath is taken and the forms are submitted.”

Individuals who hold cryptocurrencies and don’t want their hard-earned funds stolen from them may consider dropping their citizenship. A number of people who also believe in individualism and have libertarian beliefs think that the manipulative U.S. state and many other strict nations are becoming far too tyrannical. There are various guides and online walkthroughs that can help people complete the process of renouncing their citizenship. Nomadcapitalist.com offers a wide variety of helpful articles (posted below) to get people started down the path toward renunciation.

Billfold writer Amanda McLoughlin also wrote a comprehensive report on the cost associated with dual citizenship. In order to get her dual citizenship between Ireland and the U.S., one year later after waiting for the process to complete and paying $784 McLoughlin became an Irish citizen. However, other studies show the process can take much longer and be extremely expensive for someone to gain another citizenship.

Cryptocurrency holders may choose dual citizenship in order to enjoy the benefits of quickly traveling and living in two countries. They might be able to avoid some strict laws and maybe figure out how to curb harsh taxation if they live in one area longer than the other. Although, dual citizenship might not be as beneficial as renouncing and there’s a potential for double taxation. Check out the variety of articles hosted on nomadcapitalist.com that explain the process of dual citizenship in great detail.

On September 16-19, 2020, at the Nomad Capitalist conference in Playa del Carmen, Mexico, Bitcoin.com’s Roger Ver will speak about the benefits of Bitcoin Cash (BCH) but also “how to relinquish your U.S. citizenship.” The four-day event may be of interest to crypto holders tired of governments stealing their wealth as the conference will teach participants the benefits of offshore tax strategies, overseas banking, second passports, and a sovereign lifestyle. After all, cryptocurrencies and financial sovereignty go hand in hand.

Looking at Crypto’s 2020 Outlook Through the Politico-Economic Lens

The impact of 2020’s economic and political events could have a lasting effect on the future of crypto assets, although...