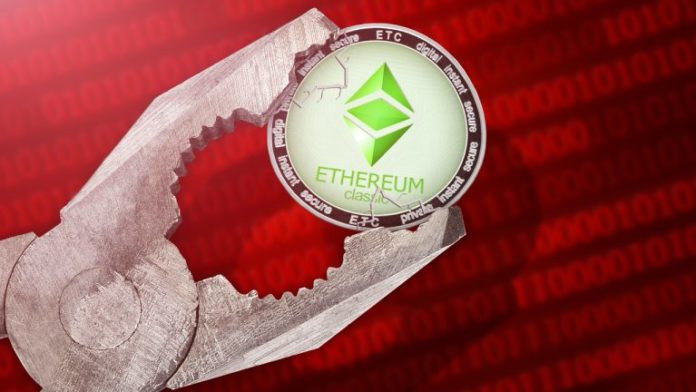 Hash power broker Nicehash denies that it enables bad actors to use its hash renting platform to launch 51% attacks on blockchain networks. The broker insists that it does not have any way of monitoring or determining which blockchain is benefitting from a particular algorithm hash data. Only buyers of hashrate know this, as well as pools that receive such hashpower.

The comments by Nicehash are in response to pointed allegations from Ethereum Classic (ETC) Labs developers stating that the hash power used to initiate the 51% attacks on their network was purchased from the broker. To further support their allegations, the ETC devs claim an unnamed Nicehash cofounder has already been convicted in Slovenia on similar offenses.

In a statement released September 8, the Nicehash team does admit that “its hash-power might be abused by the attacker’s pool.” Still, the broker says it takes the “necessary steps to prevent or help prevent market disruptions, market manipulations, or misuse of the NiceHash hash-power marketplace.”

In cases where there are complaints against the hashing power coming from its platform, the broker says:

“Upon receiving or identifying sufficient evidence of activities violating our Terms of Service, Nicehash takes all the necessary steps to prevent further abuse or misuse of Nicehash Services.”

Furthermore, the broker’s statement implies a readiness to cooperate with law enforcement to “ensure that further investigations and undertakings are conducted swiftly and lawfully.”

The broker’s remarks appear to be aimed at assuaging the ETC Labs devs who on August 31 said they are “working with authorities in relevant jurisdictions” on the issue.

However, the language used in the Nicehash press release points to the readiness to fight. In the statement, Nicehash officials clarify that such investigations must be carried out “according to our Terms of Service and Privacy Policy.” The statement, however, does not elaborate on what Nicehash’s terms of service or the privacy policy entail.

Still, despite the seeming disagreements, both ETC Labs and Nicehash appear to agree that the former’s low hash rate is the primary reason why the 51% attacks are recurring. An earlier statement by the team that ETC hash rate was “~3% of the overall ETH network hash rate” confirms this.

Differences seem to emerge on what is the best way forward.

As part of their recommendations, the ETC Labs team wants hash rental platforms such as Nicehash to be “subjected to robust KYC and anti-money laundering programs.”

The statement by ETC Labs explains the rationale for this:

With little or no KYC, AML, or crypto address screening, customers have the ability to rent hash rate to potentially launder cryptocurrency for freshly minted tokens with no history.

However, for their part, the Nicehash team says in order to keep a proof of work (PoW) based blockchain with a small hash rate safe, “we highly recommend periodically renting of hash-power through NiceHash.”

This makes the PoW blockchain more secure and “furthermore, coins produced in the process can cover almost the entire investment in security.”

Team Nicehash ultimately believes that PoW blockchains can only become immune from attacks if “the price of an attack is higher than the attacker reward.”

Concluding its statement, the hash power broker says “the question of security becomes the question of the community and its creators. We must accept that if we want a true decentralization.”