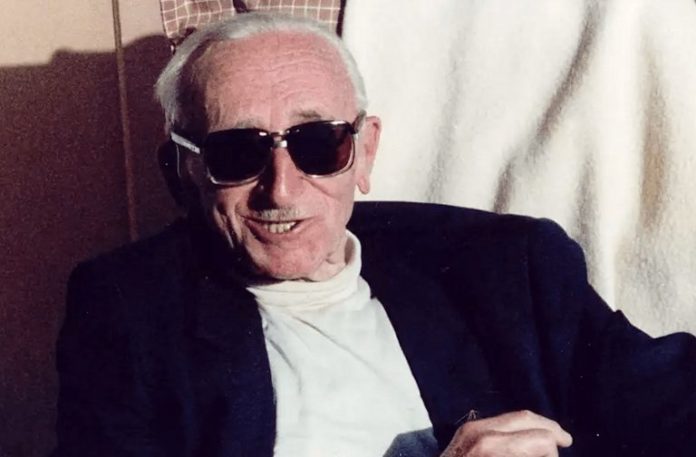 Born in 1899 in Vienna, Nobel Prize-winning economist F.A. Hayek is a legend of sorts in voluntaryist, libertarian, and crypto-economic circles. Freshly rediscovered video footage of the Austrian School philosopher and social theorist from 1984 is now making the rounds on crypto Twitter. In a stunning soundbite of an already well-known quote, Hayek declares that the only way to return to sound money is to take it out of the hands of government. He goes on to describe in spine-chillingly fortuitous fashion a money that requires no permission, and no central “authority.”

The Prescience of Hayek

“I don’t believe we shall ever have a good money again before we take the thing out of the hands of government, that is, we can’t take them violently out of the hands of government, all we can do is by some sly roundabout way introduce something they can’t stop.” So spoke Friedrich Hayek in 1984. Reevaluating those words 35 years hence and it is hard not to interpret them in the context of Bitcoin.

Hayek was not alone in predicting the coming phenomenon of crypto in the 1980s. The Crypto Anarchist Manifesto of 1988 also called it way beforehand. As did American economist Milton Friedman in 1999:

The one thing that’s missing, but that will soon be developed, it’s a reliable e-cash. A method where buying on the Internet you can transfer funds from A to B, without A knowing B or B knowing A. The way in which I can take a 20 dollar bill and hand it over to you and there’s no record of where it came from. And you may get that without knowing who I am. That kind of thing will develop on the Internet.

The common thread among these striking predictions is, of course, the internet. Many thought it was crazy back in the early and mid-90s to talk of “working online” or “online shopping.” To try and imagine a permissionless future currency not regulated by the government would have been beyond the pale for most. And yet, bitcoin is here. They were right.

Hayek was a key thinker and innovator of the Austrian school of economics. The Austrian system is a classic economic model in which government interference in the free market is undesired and viewed as harmful and illogical. The conflicting viewpoint and economic model which holds sway today, the Keynesian system, submits that governments must be actively involved in economies via centralized regulation and force-backed implementation of monetary policy.

While the view of almost all modern nation states is that interest rates must be set via policy—this would, in fact, be defined as a form of policing—adherents to the Austrian School view the market as an organic entity functioning by its own natural rules. Boom and bust cycles in business, and things like stock market crashes are the natural consequence of artificially instituted credit bubbles.

Friedrich Hayek’s most important contribution to the Austrian school, arguably, is the concept known as the knowledge problem, or the “local knowledge problem.” A kind of derivative and extension of fellow Austrian School thinker Ludwig von Mises’ economic calculation problem, the knowledge problem deals with the fundamental dysfunction of central planning. In his 1945 work “The Use of Knowledge” Hayek states:

…the knowledge of the particular circumstances of time and place. It is with respect to this that practically every individual has some advantage over all others because he possesses unique information of which beneficial use might be made, but of which use can be made only if the decisions depending on it are left to him or are made with his active cooperation.

In this sense, centralized economic planning is doomed to fail. Whereas aggregated data, stats, and relatively “stable” numbers may present one picture, these are the effects of individual market actors and their demonstrated preferences, and not central planning. That is to say, relative stability is achieved as a byproduct of individual, independent, atomized market signals. This in spite — and not because — of central planning. Unique, diverse knowledge possessed by each individual market actor (i.e. “The factory is out of nails, I must replace them” or “I could invent this great device, if only I had more affordable access to that specific resource”) cannot be processed, understood, or adequately detected by a synthetic, centrally regulated entity according to Austrian school thinking.

Supply and demand cannot be “felt” accurately. Thus, huge boom and bust cycles are seen, and are considered relatively stable when in fact this is a kind of ex post facto approach to the data. In a very real sense, Austrian economic theory advocates decentralized, “permissionless” networks of nodes (autonomous market actors) much like bitcoin and the decentralized network of actors on the blockchain. Though Keynesian policy currently holds sway, many take issue with the fact that prescribed government interference and assistance seems so often to take the form of disruptive market corrections. Hayek viewed economic cycles as signals that an organic adjustment was in progress. Much like a headache can signal dehydration or stress in the body, decreased demand and less spending signal hesitance on the part of market actors, and a call to readjust and recalibrate according to fresh, real-time market signals.

As witnessed with the mega bank bailouts of recent times, however, this Austrian “bitter pill” is not really allowed to function. Instead, Keynesian economists create more credit (and debt which taxpayers must ultimately hold) to save bad actors and institutions that would have failed otherwise. The predictions of Hayek, Mises, Friedman, and their fellows stand in stark contrast to those of noted, award-winning Keynesians.

Mises predicted the now-witnessed collapse of major socialist states choosing to ignore the economic calculation problem in modern times. Hayek and Friedman predicted — among other things — the advent of cryptocurrency. As for John Maynard Keynes, father of the Keynesian School, he predicted a 15-hour workweek back in 1930, as automation and a prevalence of riches would make toil unnecessary:

But beyond this, we shall endeavour to spread the bread thin on the butter-to make what work there is still to be done to be as widely shared as possible. Three-hour shifts or a fifteen-hour week may put off the problem for a great while. For three hours a day is quite enough to satisfy the old Adam in most of us!

The ‘Adam’ he speaks of is the Adam of the Christian Bible, who was cursed to work the ground for his sustenance and so habitually feels the need to toil. He goes on: “The love of money as a possession … will be recognised for what it is, a somewhat disgusting morbidity, one of those semi-criminal, semi-pathological propensities which one hands over with a shudder to the specialists in mental disease.”

Almost 100 years out, one might wonder why the altruism supposedly being exercised by Keynesian central planners hasn’t kicked in for everyone yet. Some have argued it has, as there is now at least more of a chance that this or that average Joe could get rich and afford a 15-hour workweek. Whichever predictions one chooses to abide by, one thing is for sure: bitcoin is here, and it isn’t going away anytime soon.

What are your thoughts on the Keynesian vs. Austrian debate, and Hayek’s quote? Let us know in the comments section below.

Hodl Hodl and L2B have partnered to provide multi-sig contract guaranteed services that will make Bitcoin OTC trading safer and...