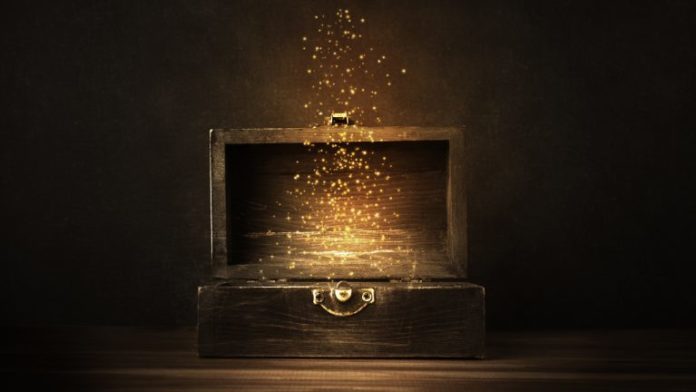 When Microstrategy Inc. bought $425 million bitcoin in the last two months, the decision became an important stamp of institutional approval of the top crypto’s credentials as a mature, safe-haven asset. The American technology firm had just made bitcoin its primary reserve asset to hedge against fiat inflation. Now, it appears major global companies are following Microstrategy’s bitcoin strategy.

The website bitcointreasuries.org is curating bitcoin treasures held in reserve by publicly traded companies from across the world. At the time of writing, 13 companies with a combined total 598,237 BTC, or 2.85% of circulating supply, are listed on the page. News.Bitcoin.com reviews some of the entities.

Grayscale Investments is, perhaps, an unsurprising pacesetter in this regard. Through its Bitcoin Trust Fund (GBTC), which owns and tracks the price of bitcoin, the New York-based firm now holds 449,596 BTC, valued at $5.1 billion currently, and representing 2.14% of the digital asset’s total circulating supply. Listed on the OTCQX market, the Trust has snapped up 70% of all newly minted bitcoin in 2020, almost doubling its portfolio in the process.

It is noteworthy that Gbtc holds this BTC on behalf of accredited corporate investors, who typically value privacy and bitcoin’s store of value credentials while calculatively reluctant to gain direct exposure to the asset. Grayscale’s bitcoin trust “became the first publicly quoted securities solely invested in, and deriving value from, the price of bitcoin” when it launched in 2013. The company operates ten crypto investment products focused on institutional investors. Funds cover ethereum (ETH), bitcoin cash (BCH), zcash, XRP, and more.

Grayscale may be a pioneer, but it is Microstrategy that’s grabbed all the headlines in recent weeks. The Nasdaq-listed company, which develops mobile software as well as provide cloud-based services, bought $425 million worth of bitcoin in August and September, making BTC Microstrategy’s largest reserve asset.

The multi-billion-dollar U.S. firm now holds a total 38,250 BTC, in a move that signals increasing corporate adoption. At current exchange rates, the portfolio is worth more than $433 million – a gain of $8 million, coming as it does against a backdrop of increased stimulus spending that has sent global fiat currencies into a tailspin. Microstrategy CEO Michael Saylor is particularly upbeat.

“This investment reflects our belief that bitcoin, as the world’s most widely adopted cryptocurrency, is a dependable store of value and an attractive investment asset with more long-term appreciation potential than holding cash,” he says.

Corporate adoption may not be considered a trend just yet, but news that Jack Dorsey’s Square Inc. moved one percent of its total assets into bitcoin suggests something may be building up. On Oct. 8, the New York Stock Exchange-listed mobile payments firm announced it spent $50 million buying 4,709 bitcoin. According to Amrita Ahuja, chief financial officer of Square, “bitcoin has the potential to be a more ubiquitous currency in the future”.

On this account, the company intends that “as it (bitcoin) grows in adoption, we intend to learn and participate in a disciplined way. For a company that is building products based on a more inclusive future, this investment is a step on that journey.” Bitcoin reacted positively to Square’s news, soaring 8% in the last 72 hours to more than $11,300 from $10,500. With a market capitalization of over $83 billion, Square provides software and hardware payment solutions. In 2019, the company reported revenue of $4.7 billion. It has offices in the U.S., Canada, Australia, Japan, and the United Kingdom.

Coinshares Ltd is a U.K.- based investment fund that is primarily focused on direct and indirect exposure to bitcoin and other cryptocurrencies. The company manages over $1 billion in digital assets, with bitcoin making up nearly 80% of this. Coinshares currently holds – on behalf of investors – a total 69,730 BTC, valued at $790 million, according to bitcointreasuries.org.

Through its subsidiary XBT Provider, Coinshares offers two globally traded exchange-traded notes (ETNs) in bitcoin and ethereum, Bitcoin Tracker One and BTC Tracker Euro) and ethereum (Ether Tracker One and ETH Tracker Euro, respectively. Its ETNs are listed on the Nasdaq Nordic in Stockholm, Sweden and retail investors can buy the instruments. However, the product suffered a blow when the U.K. financial regulator banned the sale of ETNs to retail clients in the country recently.

Several other publicly traded companies are listed on the bitcoin treasuries website. They include bitcoin miners Hut 8 Mining, which trades on the Toronto Stock Exchange (TSX), and Argo Blockchain of the London Stock Exchange. Both companies hold bitcoin as part of a reserve asset. At the end of June, Hut 8 held 2,954 BTC while Argo Blockchain had 126 BTC by the end of September. Another mining entity, Riot Blockchain, Inc had 1,053 bitcoin in its reserves in June.

What do you think about the bitcoin held by public firms in reserve? Let us know in the comments section below.

The post Here Are the Top Public Companies That Have Adopted Bitcoin as a Reserve Asset appeared first on Bitcoin News.

Bitcoin has moved decisively higher over recent days. After reaching lows of $10,400 approximately seven days ago, the coin now...