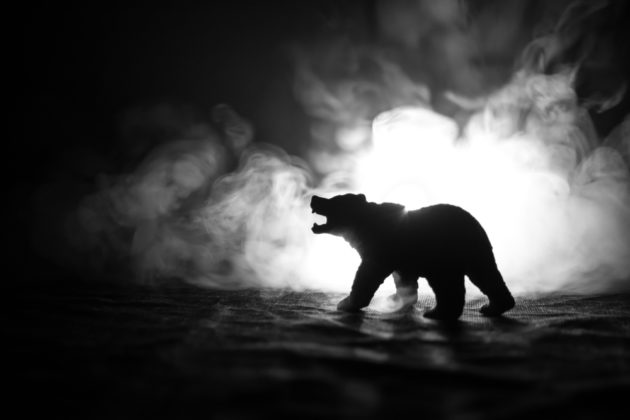 Ethereum investors have gained little insight into the cryptocurrency’s trend over the past few weeks
Despite being stuck within a wide trading range, it is important to note that ETH has been hovering just above the lower boundary of this range over the past few days
This has marked an underperformance of Bitcoin and many of its other peers, but an overnight dip below this level was quickly absorbed by buyers
Analysts are still forecasting further near-term downside, but it may first rally to its local highs before entering what could be a far-reaching downtrend

Ethereum and the aggregated crypto market are currently coiling up to make a big move. It is a strong possibility that the direction this movement sends altcoins like ETH will be largely dependent on Bitcoin.
That being said, their current performance against their BTC trading pairs could offer insight into whether or not they will outperform or underperform the benchmark digital asset during the next trend.
In the case of Ethereum, analysts are generally putting forth bearish predictions when it comes to where it may go next.
One trader recently explained that he expects it to rally up towards the upper boundary of its current trading range before posting a harsh rejection here.
This could, in turn, lead it to reel significantly lower.
Ethereum Flashes Signs of Weakness as It Hovers Above Crucial Support Level
At the time of writing, Ethereum is trading down marginally at its current price of $231.
The crypto has been caught within an intense consolidation phase over the past few weeks, but unlike Bitcoin, it has not been able to gain a solid foothold within the middle of its trading range.
As reported by Bitcoinist yesterday, one analyst explained that ETH is forming what appears to be an “ominous” top formation.
He noted that the decline likely to ensue will be short-lived, providing traders with good long opportunities.
“ETH ZOOMED out 3D that top is ominous. Maybe a short term bounce coming but downside seems so favorable. Really believe better entries are coming for some damn good longs for 2.0 and what will be locked up,” he said.

Image Courtesy of Pentoshi. Charts via TradingView
Trader: ETH May Push to Range Highs Before Facing Harsh Rejection
Another trader offered a slightly different roadmap for what he anticipated to come next.
The popular pseudonymous analyst explained that he believes Ethereum will push up to its local highs of roughly $257 in the near-term before finding meaningful resistance that sparks a bear trend.
He does claim that a break above this level would lead him to flip long.
“ETH Plan(s). 1. Sweep highs and tag $257 with a failure = swing short. 2. Break trendline = swing short. 3. Break the high = net long exposure.”
The same trader also explained that ETH’s Renko chart – as seen below – seems to confirm it is about to see further weakness.

If you want to find out the latest events that took place in the past week in the world of...