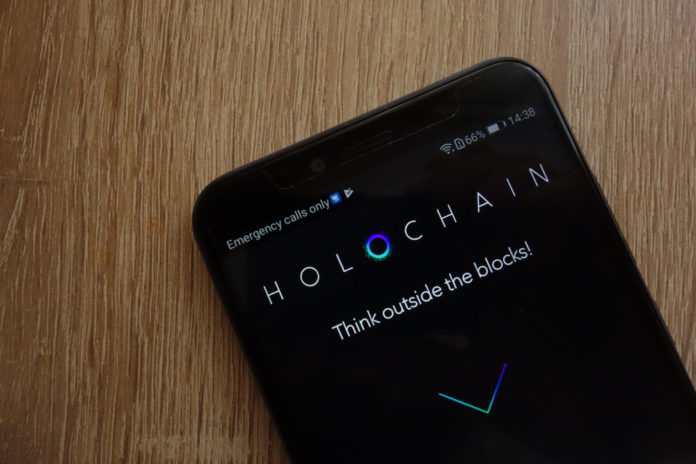 In the cryptocurrency world, there has been a rather strong focus on Holo over the past few months. Ever since this market hit the 40 Satoshi level, traders have expected the momentum to return sooner rather than later. So far, that hasn’t happened whatsoever, as the Holo price seemingly remains bearish. There are some signs on the horizon this may come to change fairly soon.

It is evident not all of the alternative cryptocurrency markets do well when Bitcoin is trying to move up once again. More often than not, the smaller cap markets will lose value in BTC first and foremost. Holo certainly falls into that category more often than not, although it remains to be seen if that situation can be turned around in the near future. Considering how there is some positive momentum brewing right now, it quickly becomes apparent anything can happen throughout the day.

Over the past 24 hours, the Holo price has managed to break even in the USD department. That in itself is rather interesting, as it will not necessarily get many people excited. The 0.15% loss in BTC value is offset by a 0.09% gain in Ether. As such, the current price of $0.001164 is seemingly more than fair, although it may try to rise to $0.0012 unless Bitcoin turns incredibly bearish again for no apparent reason. Combined with a somewhat decent trading volume, it seems Holo is in a good place at this time.

On social media, there are some interesting discussions to keep an eye on. MikeS has hopes the BTC Markets team will enable support for Holo in the future, although the team has not confirmed that will be the case. In fact, they only mentioned XLM will be added next, yet the mention of Holo has either been ignored, or they simply have no plans of doing so at this time. Approaching service providers to bring more exposure to a specific project is never a bad thing, though.

Looks good guys. Just wondering what coins are you looking to add in q2? #Stellar, #Tron #Holo, #BTT. I hope some these pop up on @BTCMarkets in the not to distant future. Diversity is enriching 👍😃

XRP Nurse highlights one of the downsides of Holo, although this could easily apply to many other cryptocurrencies, assets, and tokens as well. It is certainly somewhat complex to move Holo onto a Ledger hardware wallet, although there are ways of solving this problem with a bit of research. If any of the developments would be interested in streamlining this process as much as possible, they could make life easier for a lot of people in the process.

Thing I hate about #HOT #Holochain #holo is the difficult process to get your assets into your #Ledger #NanoS. #Ethereum looping it 🙄 still trying to figure it out. Help 🙌🏼

Last but not least, there is some price discussion as well. Holo has become rather popular among Turkish cryptocurrency traders as of late. Yavuz Selim Yildiz expects to see Holo break out again in the future, although it is evident the Holo has performed better than some other tokens as well. Based on the current market momentum, no imminent breakout should be expected. However, the developments happening behind the scenes may make their mark on the price moving forward.

All things considered, Holo seems to be in a good place despite the lack of a clear price direction. That is not necessarily a bad thing, as price stability is often undervalued in this particular industry. If the trading volume were to pick up once again, there is a good chance the price momentum will turn in a more telling direction as well. A push to $0.0012 is not out of the question today, but there is always a chance the bearish trend will be resumed before the day is over.

Japan, arguably the world’s leader in cryptocurrency regulation, is set to drop more rules on the industry by capping leverage...