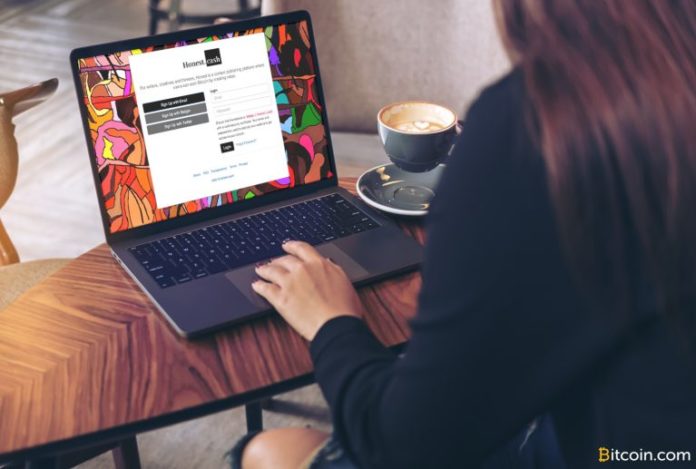 The BCH-centric publishing platform for content creators Honest Cash has seen a lot of changes in the last four months. In November, the project was initially launched by Adrian Barwicki, a programmer and the creator of the Panda Suite software development kit (SDK). Since the launch, the publishing application Honest Cash has seen a bunch of growth and Barwicki is still keeping signups at bay by utilizing an invite-only mechanism for registration. News.Bitcoin.com tested the platform when it first launched by being one of the first 100 activated accounts but since then the platform has gained a total of 1,184 users. According to the team, Honest Cash is getting around 5,000 visitors per month and traction is growing.

“In the first 2 weeks of February, Honest Cash has got more new users than in November, December and January, respectively,” explained Honest Cash’s Adrian Barwicki.

When Honest Cash first launched, the application was very simple with a tool that allowed for various formatting techniques. Since then the application has added the ability to upload photos, add tags and share using buttons tied to Reddit and Twitter. Moreover, posts have a payment button tied to them as well so visitors can tip in a matter of seconds. Honest Cash recently added a native wallet to the system and when a user signs up they are given a 12-word mnemonic seed phrase. There’s also a traditional QR code below the post so people can tip the author with other wallets. Upvoted transactions are also stored onchain so users can verify the traction of the post.

On Feb. 6, the Honest Cash founders revealed they were partnering with the Patreon alternative Bitbacker.io. The two teams hope the relationship will bolster a larger audience by providing users with the ability to “earn pledges and secure backing within both platforms.” During the second week of February, the Honest Cash team announced the distribution of a fraction of its Simple Ledger Protocol (SLP) coins called Honest Cash Tokens. The team has been distributing HCT tokens to some of its Twitter followers and content creators on the platform. For instance, on Feb. 13, Honest Cash administrators announced a 1,000 HCT giveaway to users who write about advocating for an underdog. “Write a post on Honest.cash on any topic surrounding; honesty, censorship or discrimination,” explained the team.

Bitcoin cash users have been publishing material on the platform regularly and Honest Cash posts can be seen on the popular Reddit forum r/btc on a daily basis. The developers of Honest Cash seem to be integrating a system that lets users sign up with Badger Wallet or with a Twitter handle in the near future. Currently, signups are still by email only and registrants are allowed to create a password and write down their mnemonic phrase. From there, registrants are put on the Honest Cash waiting list until the next batch of users is approved.