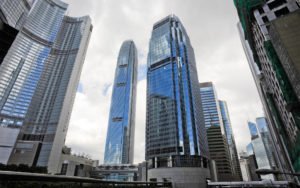 The weekend saw fresh violence erupting on the streets of Hong Kong as protesters increased their presence and the police amplified their responses. It seems a strange time for regulators to publish a paper on crypto as ATMs on the island nation ran out of cash.

Hong Kong’s Securities and Futures Commission (SFC) published a document late last week with instructions for portfolio fund managers. The first of its kind announcement comes at a time of heightened bitcoin interest as protests against the mainland intensify.

The document titled ‘Pro forma Terms and Conditions for Licensed Corporations which Manage Portfolios that Invest in Virtual Assets’ was published in English and Chinese. It provided detailed guidance to fund managers on all aspects of handling virtual assets. It also detailed out a framework for dealing with ICOs, which the regulatory body will oversee.

There was nothing negative in the document which essentially served as a ‘good behavior’ guide for fund managers offering crypto products. Hong Kong remains open to crypto trading while its governing neighbor continually tries to quash it.

ATMs Out Of Cash

A bigger problem for islanders over the weekend was the fact that ATMs were starting to run dry. Updates and photos of long queues were posted on social media as citizens started to panic as they could no longer access savings.

“Bank runs all over Hong Kong now. ATM machines running out of cash but there is something more important… failed leader carrie lam(b) can now officially confiscate bank accounts and assets without recourse.”

Bank runs all over Hong Kong now. ATM machines running out of cash but there is something more important…failed leader carrie lam(b) can now officially confiscate bank accounts and assets without recourse. The HK legal system is essentially gone. #Bankruns #HKexit https://t.co/jz9sPrA30U

The Hong Kong Monetary Authority, its de facto central bank, blamed protesters and vandalism for the closure of a number of banks and urged customers to use ATMs which were emptied pretty quickly.

“The HKMA noticed today that some banks have to suspend services at certain branches due to vandalised facilities and traffic disruptions. Bank customers are advised to use online banking or ATM services as far as possible,”

People are turning to bitcoin as tensions remain high and their access to fiat savings are put in jeopardy. As crypto bull Anthony Pompliano stated;

“When you’re worried about your assets being seized or becoming inaccessible to you, Bitcoin’s non-seizability becomes very attractive. This aspect of Bitcoin just became important for 1+ billion people in India & Hong Kong.”

BTC price may be bearish at the moment but bitcoin relevance has never been higher.

Will more people turn to crypto as global tensions escalate? Add your thoughts below. 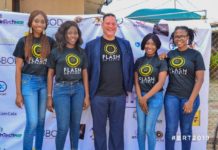 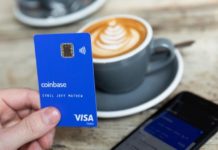 As the second most popular coin on the market, Ethereum’s ETH token is still an attractive investment opportunity. We will...