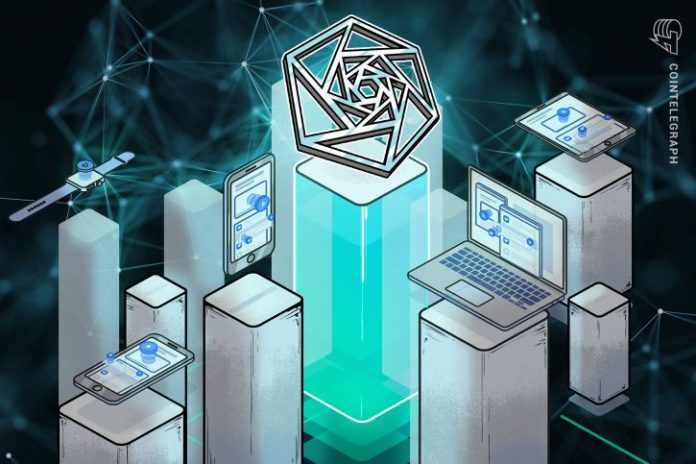 A horizontally scalable Directed Acyclic Graph (DAG) blockchain system that aims to cater to consumer-grade applications has launched the Orion membership portal where members of its ecosystem can communicate and contribute to the network, with the company announcing its DAG token has listed on KuCoin.

Constellation Labs says the capacity of its network is proportional to user adoption – with a partitioned consensus allowing the network to scale the number of transactions per second on an infinite  basis. Reputation-based incentives are going to be used to eliminate transaction fees for the blockchain’s users.

Its membership portal, Orion, is described as Constellation’s “flagship product.” A free tier of membership is available for those who want to view the portal’s message boards and various channels, and developers can stake DAG tokens in order to access Orion’s premium features.

Constellation is currently preparing to launch its permissioned testnet at the beginning of August – and the start-up is accepting applications to run testnet nodes. Participants have the potential to earn DAG tokens based on how many transactions they validate during the testing period.

The company says there are other ways for developers and community members to earn tokens, too. For example, rewards are going to be offered to those who report bugs in the ecosystem – as well as those who correct mistranslations in its white paper.

Brendan Playford, the chief executive of Constellation, told Cointelegraph: “We want to empower our community to help shape, build, and grow the ecosystem efficiently, while encouraging our developers and community members to stake their tokens.”

A different kind of protocol

Constellation says it stands out from the crowd thanks to its unique “Proof-of-Meme” protocol, which is used to achieve consensus.

It ensures members of the ecosystem can help improve and monitor the platform by harnessing the computing power of their laptops, smartphones and tablets – rewarding behavior that improves a node’s reputation in the system.

“The Constellation protocol aims to solve the primary challenge of scalability in blockchain, providing a solution that is highly resource-efficient and exponentially scalable, added Wyatt Meldman-Floch, the company’s chief technology officer.

Constellation says it successfully raised $35.2 million during its private presale back in January. In total, the company sold more than 730 million tokens to accredited investors, funds and institutional investors. Now, the start-up is preparing to perform six token airdrops this year – the first of which will open on July 7.

“We are a meritocratic system which means that so long as you’re providing value to the network, validating true transactions, not causing Byzantine behavior, you will improve your reputation school and therefore increase your likelihood of being selected for consensus and then getting a reward,” the CEO said.

Another way the company’s ecosystem takes a different approach is through smart contracts, which are deployed as “microservices.” Constellation describes them as off-chain applications executing smart contract logic – processes that can run concurrently. It estimates that its hylochain is capable of processing 4,000 to 4,800 transactions per second for every 1,200 nodes – and says that, for a million people, this would equate to almost 4.5 million transactions per second.