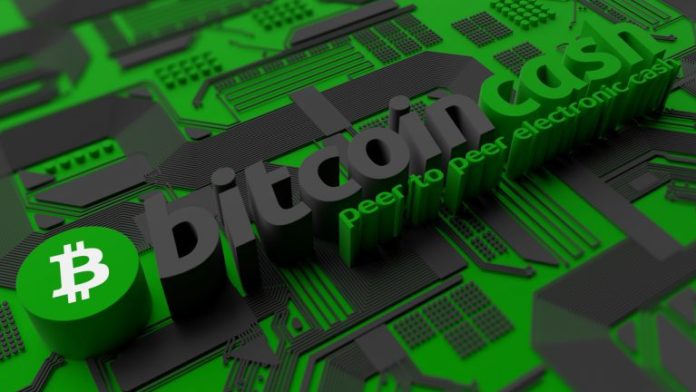 An anonymous Bitcoin Cash (BCH) supporter says he deliberately started a spoof which successfully baited local media to report on the coin. The trick, which involved the use of 100 Bitcoin Cash tip stickers, only cost a total of $1,100 yet it managed to get BCH featured by media outlets in Bakerfield.

Explaining the success of the ruse, the anonymous BCH supporter, who also goes by the name Bitcoin Man, says he printed “around 100 Bitcoin Cash tip stickers, stuck them all over downtown Bakersfield, took photos where he placed them, then went home.” He adds that each tip had a “clue to where the “Golden $500″ Bitcoin Cash sticker was.”

Next, the anonymous BCH supporter says he photoshopped fake social media accounts with their faked comments about people winning tips for spotting and scanning the stickers. After taking screenshots of the faked social media comments, the Bitcoin Man then shared these in a few Bakersfield Facebook groups where he asks “have you guys heard about this? Everyone on Facebook is talking about it!”

According to him, this strategy “eventually created real curiosity from some locals” and “ultimately a Reddit thread was posted about this.” After this, interest grew and soon real people began to look for the stickers and were winning tips.

Many of the real winners would contact the Bitcoin Man who in turn encouraged them to spread the word to media outlets. As the strategy was going according to plan Bitcoin Man explains, he had a different plan of handling the media:

“The media doesn’t care about your technical philosophical rant, they just want a soundbite.”

Therefore, to get the media buying into his ultimate objective, the Bitcoin Man decided he would tell them that “I’m doing this to help people” if asked about the reasons for his efforts. He says this is better than making a rant because as he understands it, the media is “not going to want to interview someone if the message is too complicated. The news is fast food information – so give them that.”

After seeing his elaborate plan working to perfection, the Bitcoin Man is now encouraging others that are passionate about BCH to do the same saying “you don’t need to give away $1,000 to accomplish this. Even a simple $100 would work.”

What do you think of the Bitcoin Man’s idea of promoting BCH? Tell us what you think in the comments section below.

The post How a Spoof Turned Into a Media Hype About Bitcoin Cash appeared first on Bitcoin News.

While Ethereum network fees have jumped to new highs this year, the popular cryptocurrency exchange, Coinbase Pro, announced that the...