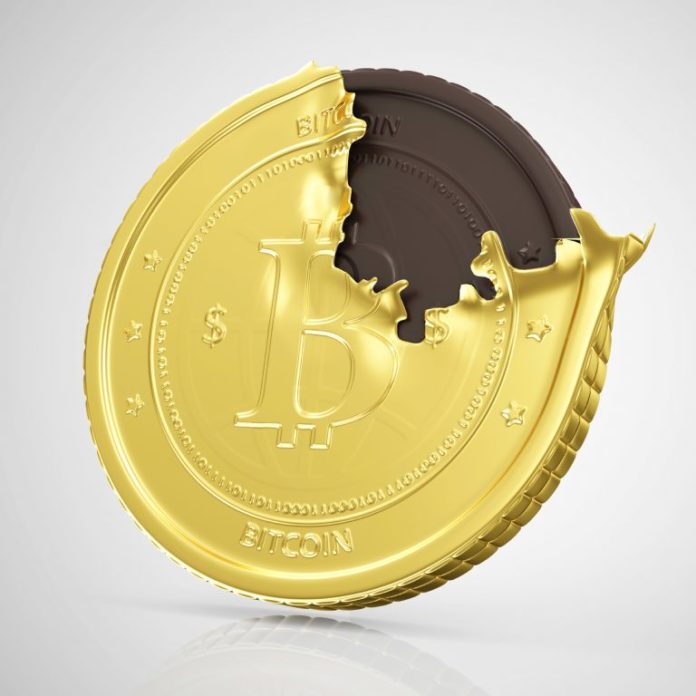 Supermarket chain Walmart is selling candy bitcoins, at least according to a photo posted in crypto forums. A dollar will get you half a dozen in a bag under the “Everyday Low Price” banner. “The modern currency in chocolate!” hits store shelves in the U.S. while the retail giant files another blockchain-related patent, this time for a delivery system with drones and robots programmed to use distributed ledger technology.

Like many other serious businesses nowadays, we’ve heard from Walmart some ambitious plans for blockchain implementation. Cryptocurrency, however, is a whole other story for many of these corporations, and the U.S.-based retail behemoth is no exception. The “technology behind it” is what most of them are fascinated with. The digital, decentralized money is not on the agenda, for now.

Well, it’s sweet to see bitcoin, which has been the subject of so much hype and attention in the past year, finding its way to store shelves. Not in the pricing of goods, not as a payment option in this case, not yet, but as the new item in the cornucopia of products. Bitcoin is now reportedly entering Walmart stores in America in the form of candy. Sweet, indeed. The chocolate bitcoins are delivered by the Frankford Candy & Chocolate Company, the Pennsylvania-based candy manufacturer. A photograph posted in the r/cryptocurrency forum on Reddit shows Bitcoin branded boxes of chocolate coins under the well-known “Everyday Low Price” advertisement. And for most of this year’s bear market, the slogan sounded spot on for the real bitcoin as well. The Frankford Bitcoins are packaged in mesh bags containing 1.48 Oz of milk chocolate wrapped in tinfoil, according to Walmart’s website. Six of those should cost you as little as $1 USD. That’s an exchange rate the crypto community hasn’t seen in a while (God forbid), despite this year’s steep slump in the price of BTC, the coin with the largest market cap, from its December all-time highs of almost $20,000 to below 6,000 this summer. Unfortunately, as it sometimes happens with products in high demand or of strong appeal, the chocolate coins are currently unavailable for shipping or pickup. Let’s hope it’s just a temporary shortage.

The candy bitcoins appeared just as the retail chain applied for another patent related to the implementation of the technology that underpins cryptocurrencies. The documents filed with the US Patent and Trademark Office (USPTO) detail a blockchain-based, automated system for delivery of goods and services to customers. It’s supposed to use drones and robots which can autonomously authenticate each other. The “Systems, Devices and Methods for In-Field Authenticating of Autonomous Robots” patent describes a process of authentication using data stored on a distributed ledger. In the last couple of years, Walmart has filed several patents pertaining to different applications of the blockchain technology. Its efforts are mainly aimed at maintaining the company’s positions against strong competitors from the e-commerce sector, but not only. In 2016, Walmart announced an initiative to improve food safety by utilizing blockchain tech to provide better food tracking and consumer safety. The project was launched in collaboration with IBM and Tsinghua University. In June of this year, the retailer won a patent for a system to house medical records on a blockchain.

Walmart Inc. is one of the largest companies with almost 12,000 stores in 28 countries around the globe. With over 2.3 million employees, it’s also the biggest private employer in the world. The multinational retail corporation operates a chain of hypermarkets, department and grocery stores, and is arguably the largest company by revenue.

Do you think products like the chocolate bitcoins can increase the interest in cryptocurrencies? Tell us in the comments section below.

The post How About Chocolate Bitcoins? 6 for a Dollar appeared first on Bitcoin News.