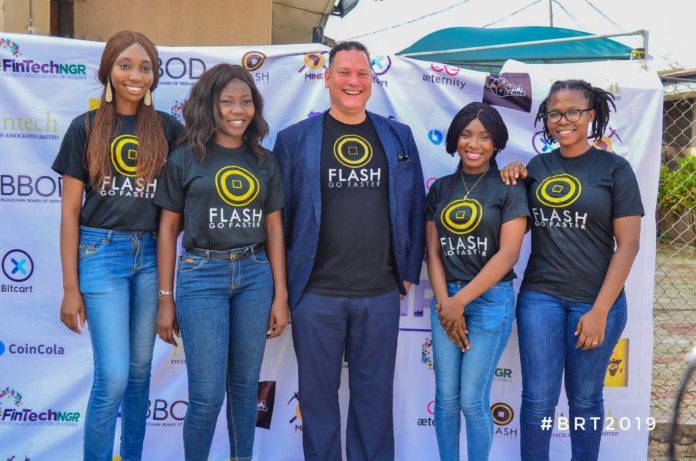 Nigeria continues to be a hotbed for cryptocurrencies, especially bitcoin. However, altcoins are also battling for their share of the immense cryptocurrency adoption happening in the West African country.

In this piece, we look at how FlashCoin is relying on university students to promote cryptocurrency adoption in Nigeria.

Flashcoin (FLASH) is a community coin, built to handle remittances and microtransactions at light speed. It is fast enough to perform daily transactions.

With a settlement time of around 5 seconds and consensus within 2 minutes, anyone, anywhere can use the FLASH mobile wallet as quickly as cash. This essential feature beats traditional cryptocurrencies like bitcoin, which takes a longer consensus time, an average of 15 to 30 minutes.

FLASH is designed to make it easy, inexpensive, and fast to transfer value worldwide. Imagine buying groceries, purchasing products online, and sending FLASH to friends and family in the blink of an eye, anywhere in the world, all for way less than a penny. The value of Flashcoin, unlike other cryptocurrencies, comes from people accepting it as a medium of exchange for goods and services.

FLASH remittance payments are nearly instant. With fees near zero, unlike other coins like Ethereum, which have high gas fees, anyone can send FLASH worldwide or buy products or services locally with convenience. At the heart of its push to be a currency for remittance and merchants are the groups formed in Nigerian Universities.

In this feature, we interview Opurum Thelma and Michael Jerry, who are ambassadors of the Flashcoin community on their efforts in Nigeria.

Adetunji Michael (Micheal Jerry) is a digital marketing and eCommerce expert with a strong grasp of the digital economy and promoting digital education across different niches. He also led the Flashcoin community during his stay at Obafemi Awolowo University, Great IFE.

Opurum Thelma is a student of the Ladoke Akintola University of Technology, Ogbomosho. He is a content creator and a lead in cryptocurrency initiatives on campus.

Both men started their cryptocurrency journeys just before or during the 2017 bull run with an existing tech background. Thelma heard about bitcoin from a friend who made money through trading and learned how to trade from other influencers he found in the space. On the other hand, Michael’s first exposure to cryptocurrency was the blockchain-based blogging platform Steemit.

From there, both students navigated through the crypto space, learning the basics and advancing their knowledge. Fast forward to a couple of years later, Jerry and Thelma are leading their mates in the university to adopt cryptocurrencies.

Flashcoin, as part of its initiatives to drive adoption and build communities, started cryptocurrency clubs on the various campuses in Nigeria. These clubs have become an important fabric of the Flashcoin network and crypto education at large.

Despite the fact that these campuses may seem like a crypto utopia, Thelma had to do a lot to get people interested.

Here in LAUTECH once you mention crypto the next thing that comes to mind is CYBER CRIME or people who just have the FOREX app on their phones and who just think that’s what crypto is about .

But we’ve been going out and trying to orient people about it and we have had huge progress so far. People are curious now. When they see us wearing the Flash shirt, they’ll stop you and ask about it. “Hey! I heard about the conference, I couldn’t make it because I had papers and all can you tell me more?” Then we tell them “Sure, we will. It’s a way of life for us!

Also, the various clubs organize activities that cater to their specific audience. A blend of education and entertainment has worked effectively in pushing the message.

In a bid to ensure our messages of adoption was rightly delivered, we started organizing campaigns targeted at educating people about cryptocurrency, history of money and made them see and understand reasons to adopt Flashcoin. Why this? We wanted to ensure in our quest to sign up people, we sign up people that really understand what Flashcoin is and ready to make transactions using Flashcoin and not just getting people to signup and delete the app few days later.

We organized events and partnered with students’ governing bodies to teach about Flashcoin during departmental conferences, partnered with departmental programs like film shows and held a series of online webinars in conjunction with different student bodies and our weekly event tagged Flash Friday.

A lot of cryptocurrencies have become popular with fewer use cases. People only trade these currencies and store them in most cases. To push adoption further, there was the need to get merchants on campus to accept FLASH.

Getting merchants to accept Flashcoin wasn’t as easy as we thought it would be as most merchants are aged people are afraid of technology and even the local banking system with a capital NO for any of our selling points and opportunities, we presented to them. Many of them want to receive incentives for accepting flash rather than taking advantage of the technology that affords them to make borderless transactions in seconds. 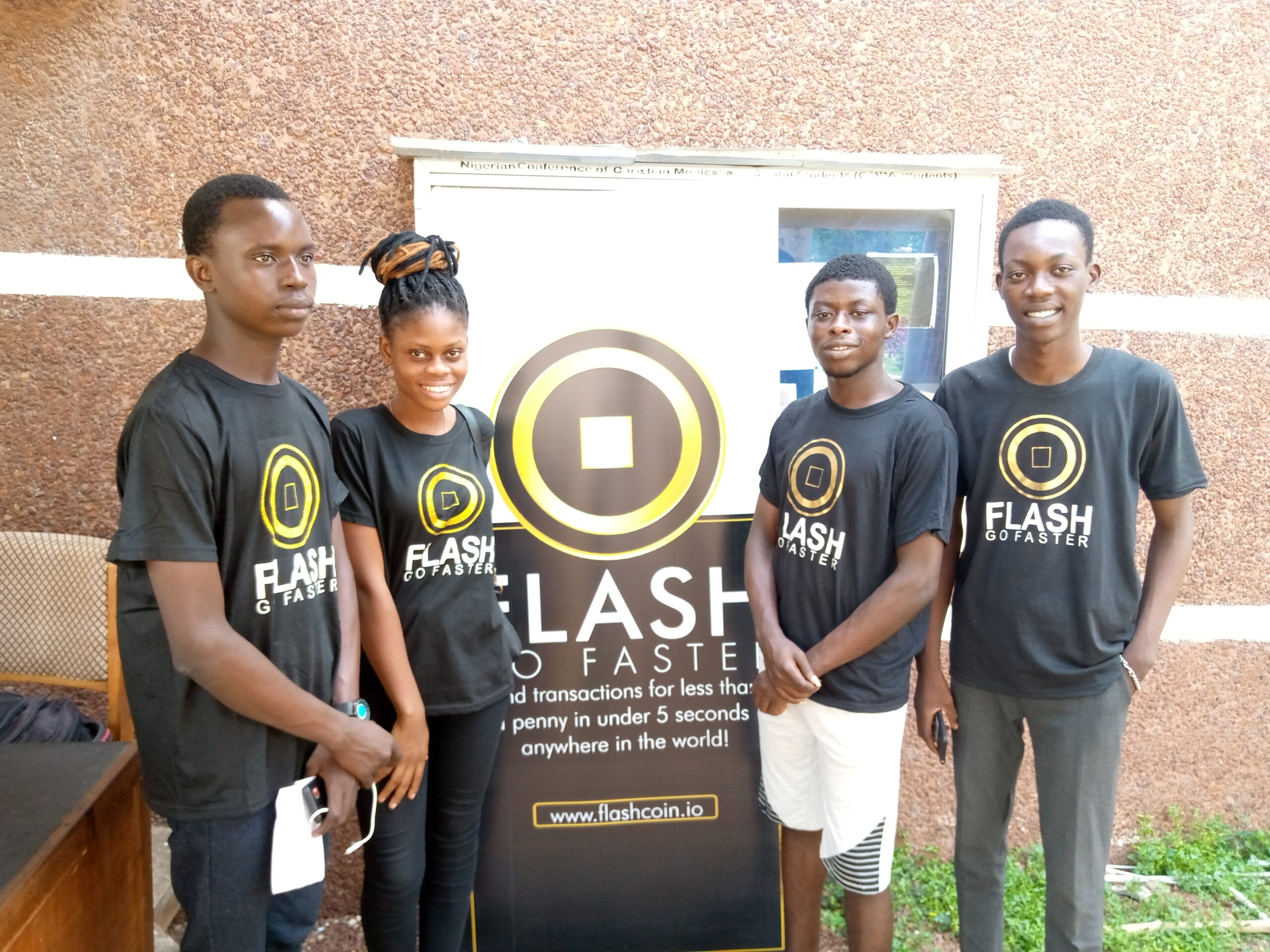 These activities have been largely successful in bringing new users to FLASH. At the time of writing, Flashcoin is a few transactions away from crossing 3 million total transactions.

Further, the adoption can be seen by the students in various universities where these clubs operate. Jerry tells us that there over five high-profile merchants, 1000 users of FLASH on the Obafemi Awolowo University (Great Ife) campus.

This level of growth in the universities is supported by a growing infrastructure of tools for users. The Flashcoin project has built a merchant tool that makes it easier for users to accept FLASH payments. Further, the Flash wallet app is a multi-cryptocurrency wallet and P2P trading platform. Users can store FLASH and other popular currencies like bitcoin (BTC). To make it easier for users to exchange FLASH, the wallet comes with an inbuilt P2P marketplace that allows users to swap coins between each other.

Beyond university clubs, Flashcoin and high profile team members have been investing in several blockchain businesses on the continent. The project is also partnering with fintech providers on the continent to bring faster payments on the blockchain to the masses. 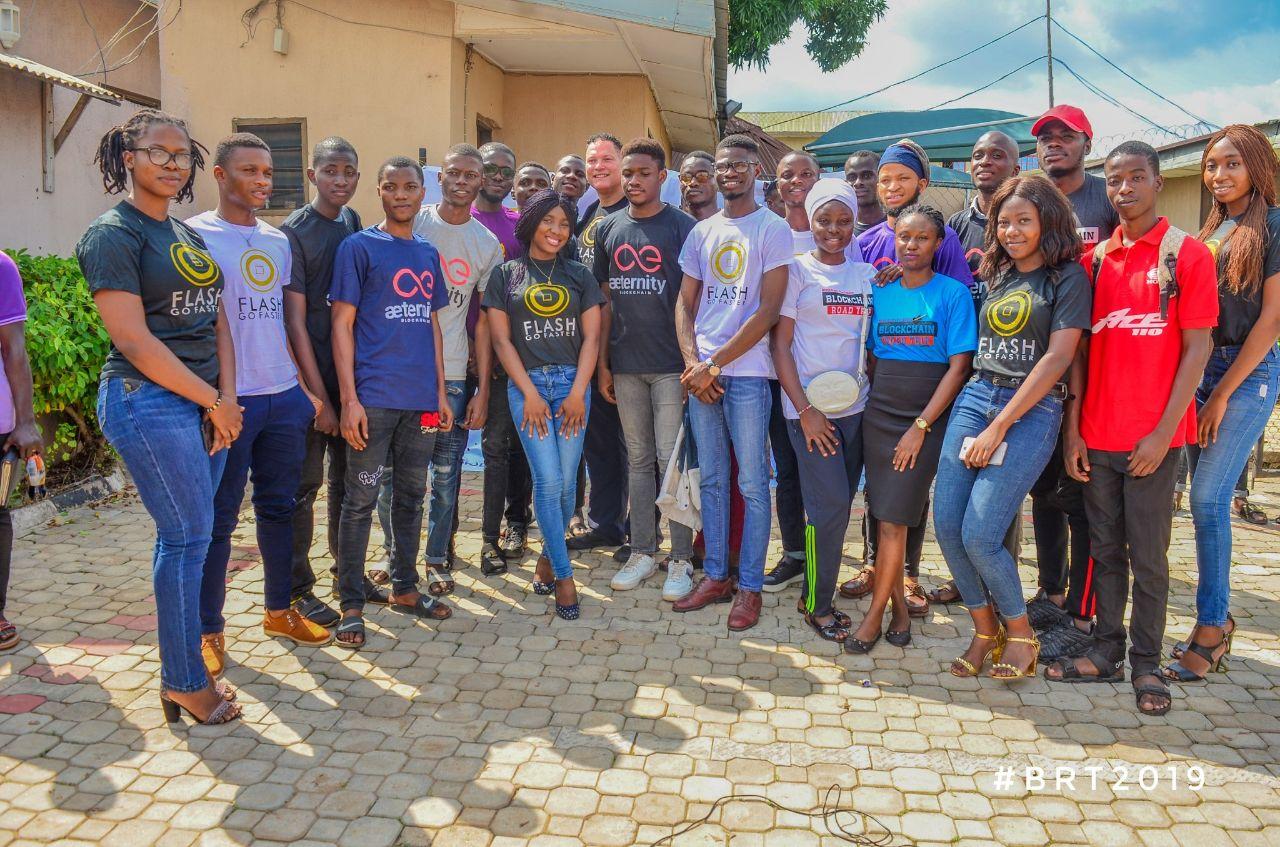 The post How Alternative Crypto, FlashCoin Is Taking Over University Campuses in Nigeria appeared first on BlockNewsAfrica.