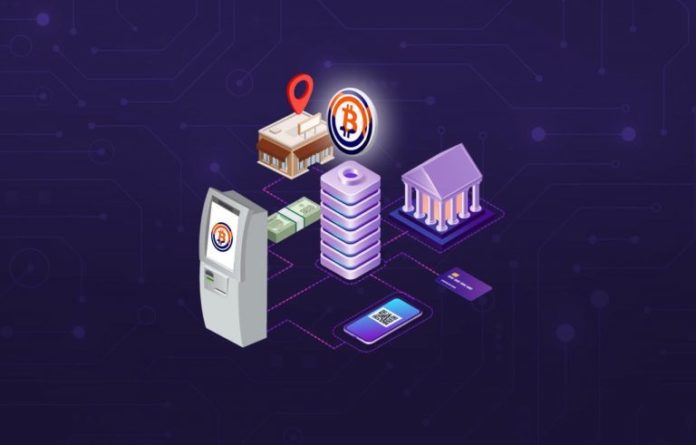 Robust and effective compliance programs for virtual asset exchanges such as Bitcoin of America, which owns and operates a crypto exchange platform as well as a nationwide network of bitcoin ATM locations, isn’t simply a matter of operating a system for CIP, KYC, and AML procedures.

An interview with Bitcoin of America’s attorney William Suriano

It’s about ensuring processes are followed and having the ability to identify and report suspicious activity by gathering information, and indicators for potential crimes related to virtual assets, by working with law enforcement to ensure issues like fraud are monitored and reported swiftly. So as part of Bitcoin of America’s monitoring program in September 2019, when a new Bitcoin of America customer placed several online orders totaling $500,000 worth of bitcoin, because of the volume of the transactions, compliance officer/department due diligence requirements increased accordingly. As Bitcoin of America’s attorney William Suriano explained, the fact this was both a new customer and due to the velocity and volume of the transaction, this raised a red flag for Bitcoin of America’s compliance department: “Fortunately, through hard work which was done very quickly, the company was able to confirm that this transaction was originated by a user who was subject to a restitution judgement of over $2m in California.”

Within the time period in which Bitcoin of America was required to deliver bitcoin to the customer, Bitcoin of America personnel identified the FBI office responsible for the prosecution of the customer and contacted the FBI office in Seattle, Washington to alert them of the pending transaction. Bitcoin of America expressed its concern that the pending transaction was being used to circumvent the outstanding restitution judgment, thereby depriving victims of their due. The FBI acted immediately by obtaining a seizure warrant requiring the forfeiture of the funds, so the funds could be made available to victims. “Through the whole process, I was very impressed with how professional the FBI was, the state of California, and our bank handled it well,” said Surinao.

He added that the experience strengthened Bitcoin of America’s relationship with their bank, reassuring the bank that Bitcoin of America’s anti money laundering program, policies and procedures in place are truly enforced, that implementation even having to say to our bank, you know, you’re holding half a million dollars, it’s going to go back. “Because you have to tell your bank ‘Hey, you know that $496,000 we have on deposit there, you’re going to get an order from a court obtained by the FBI saying those funds are subject to restitution’. So it certainly helps to have a bank that understands and is involved. Overall, it was a great process and there is an emotional payoff at the end, where you think we’ve scored one for the good guys here,” and protected consumers Suriano said.

The case highlights the fact that as most larger transactions are in the form of wire transfers for purchase on the online exchange, this is where the majority of issues and effort is focused rather than with the network of bitcoin exchanges run by Bitcoin of America across the US. And as a new market, quickly evolving, there is sometimes a steep learning curve involved and companies such as Bitcoin of America that desire to promote a healthy growth of the industry must implement and enforce a robust compliance program to ensure consumers safety as well as company reputation. Suriano cites an example one time early on in the business when there wasn’t the understanding, that despite a customer sending in a wire transfer, which had cleared, that such clearance could be revoked. “So we issued the bitcoin promptly after the wire transfer hit our account. And then the wire transfer was revoked but we’d already issued the bitcoin. I mean, you learn from your mistakes, right? Yeah, I hate to learn that way, but sometimes you do.”

While the level of compliance due to the size of transaction is a key differentiator with the Bitcoin of America’s bitcoin ATM business, it has not been without its own learning curves for the business. In 2018 there were estimated to be under 2,500 such machines in the US, with new ones being installed at a rate of about five a day. Now in 2020 there are close to 6,000 bitcoin ATM machines, according to Coin ATM Radar. It hasn’t always been plain sailing for Bitcoin of America in this booming market for bitcoin ATM machines, or ‘BTMs’ as they’re often called. One particularly unpleasant experience for Bitcoin of America came in the form of “approximately 70 bitcoin ATMs” having been smashed, including “nearly 20” operated by Bitcoin of America, highlighted in a lawsuit against criminal triumvirate Andrew Konja, Alvin Konja and Odai Mabroukare in late 2016. As reported by Coindesk at the time, their goal was to put other operators at a disadvantage through extortion and destruction of property, and as a result the defendants stood accused of violating the Racketeer Influenced and Corrupt Organizations (RICO) Act.

“I was surprised that people would do this. I mean, I live in Chicago, it seemed like the 1920s in Chicago that people would run around and smash competitors’ bitcoin machines just to pay in some kind of competitive advantage and get into a location across the street. So we really felt an obligation to do something because we didn’t want to be a competitor in the Wild West. We want this whole industry to be a very professional, and well-run industry,” said Suriano. The story of smashed bitcoin ATMs does appear to have a relatively happy ending, with a successful $196,000 court judgement against Andrew Konja, which Bitcoin of America is in the process of enforcing. “It’s a case of letting people know we are not going to stand for this. And it’s also created a pathway for others in the business who know if it were to happen to them that there is a way they can do something about this,” he added.

While the case did receive unwelcome publicity from Bloomberg in 2018, depicting bitcoin ATMs as a serious risk for potential money laundering, it’s clear Bitcoin of America does have a robust system to ensure their safety. Each machine comes with a built-in camera within the machine so Bitcoin of America staff can see exactly what’s going on, and who’s at the machine. “There are a number of things that we can do at the machine that actually can ensure the security of a particular transaction, so it’s not possible for someone to steal somebody’s ID and use that ID to buy from a bitcoin machine. Plus the fact that it’s safer as we don’t do two way transactions. We only work one way where you put cash in and you get out bitcoin, sent to your wallet. So that takes away a level of security concerns,” added Suriano.

The fraud victims’ restitution case and the successful action against Kanja is not just good news for Suriona, but also testament to the hard work of Bitcoin of America’s President and founder, Sonny Meraban who started the business from scratch. Coming from the high end automobile business, this meant learning the nuts and bolts of cryptocurrency, exchanges and bitcoin ATMs from start to finish. Suriona explained: “That’s the thing that impresses me most about Bitcoin of America; it’s really what we in America would call the great American story, right? It’s somebody deciding I can do this. It’s going to take a lot of work. I mean, it’s not something that many people would look at. I mean, the guy on the street, you know, is he gonna walk down the street and have this idea in his head? But for whatever reason, Sonny Meraban decided, I’m going to do this, but I’m going to do it right and I’m going to build a business. And he’s done a remarkable job at doing that”.

“Now with 300 Bitcoin ATMs in 2020 starting with zero in 2015, and with the exchange software, and compliance in place, we have all of these pieces that are working pretty well, right now. And to put all of that together in the amount of time that he did and build this business, I’m proud of the guy for doing it,” he added.

This is a sponsored post. Learn more on how to reach our audience here. Read dislaimer below.

The post How Bitcoin of America’s Robust Compliance Program Made Possible the Restitution of Half a Million Dollars to Fraud Victims appeared first on Bitcoin News.

Bitcoin Reclaiming This Level Could Lead to a 15% Surge: Here’s Why

With Bitcoin in no man’s land, investors have begun to identify clear levels for the cryptocurrency to hold for bulls...