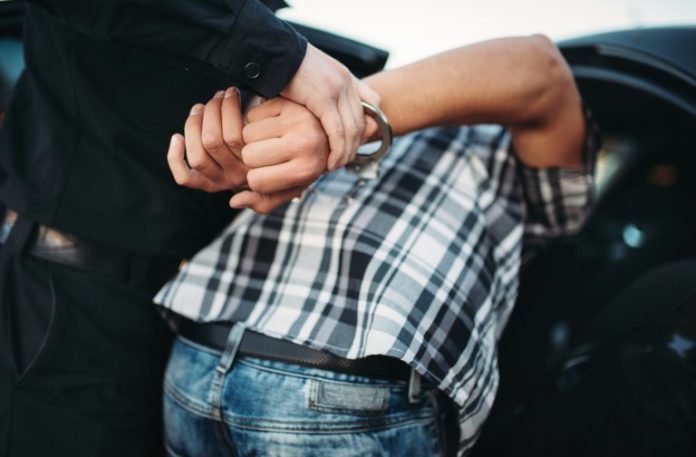 A New Jersey man has been indicted this week for converting over $2 million to bitcoin and operating a private exchange business not registered with the U.S. Secretary of the Treasury. According to a July 24 press release by the U.S. Attorney’s office, 46-year-old William Green could face up to five years in prison and a $250,000 fine if convicted. Green isn’t alone. With tighter and tighter crypto regulations being imposed worldwide, entrepreneurs, small startups, and even unsuspecting hobbyists are being indicted and threatened by the “crypto cop” dragnet.

Also Read: Sorry, I Don’t Want to Pay for More Bombs: Bitcoin as a Hedge Against Funding War

From private trading to business expansion and mining, Bitcoin provides myriad opportunities for entrepreneurs. Unfortunately, state regulators are not always so keen on this progress. Like William Green, Detroit entrepreneurs Sal Mansy and Missouri family man and Bitcoin hobbyist Jason Klein have found out the hard way in recent years. Trading one’s own assets — sometimes even in negligible amounts — can result in a devastating face-off with the jaws of the U.S. justice system. Unlike Green, who is reported to have been dealing in larger sums, Klein was selling small amounts of bitcoin even reported these transactions on his taxes. He was pressed by undercover federal agents to trade larger and larger amounts and initially refused, noting to them explicitly:

Eventually, however, they would succeed in getting their trades, using code words for drugs that Klein knew nothing about, and finally making him feel uncomfortable and avoidant. He did make one final trade however, and that was enough to snag him. In the end he avoided the potential five-year jail sentence and paid a $10,000 fine, plus the $2,122.68 he had earned in fees back to the IRS. The kicker to all this is that, as mentioned above, Klein reported his business in crypto, attaching a detailed statement to his 1040, and traded under the obvious username “jrklein” on localbitcoins.com.

As for Mansy, he was a Detroit entrepreneur arguably bringing money into the struggling state of Michigan by way of his business, but ended up getting slapped with a year and a day in prison, a $118,000 fine, and three years of supervised release. Of course individual traders are not the only targets of the crackdown trend. Similar legislation now set in motion in Japan will likely stymie startups in Japan’s “crypto valley,” Shibuya, Tokyo, in 2020. May 31 legislation amending the Financial Instruments and Exchange Act and Payment Services Act will take effect in April next year, classifying any company that even stores digital assets as a “cryptographic asset exchange.”

Smaller companies will need abundant funds if more stringent management systems are required. It may be impossible to maintain existing business unless it changes.

With powerful intergovernmental organizations like the Financial Action Task Force (FATF) receiving support from G20 leaders for recommended policy worldwide, it’s no surprise that investigations and specialized government crypto enforcement teams are being formed at an ever-increasing rate.

These appointments have come under fire in the New York crypto community due to the heavily government-embedded and decidedly corporate nature of the appointees, as well as a perceived lack of qualification and expertise in the field. Not to mention Joseph Lubin’s current controversial legal entanglements.

Meanwhile, the IRS is not only suggesting combing social media for wallet addresses, interrogating friends and family of crypto holders, and subpoenaing companies like Apple and Google for records of crypto wallet downloads – they’re also sternly warning tax evaders about the risks of trying to secretly hold digital funds. Starting in June, the IRS began to issue “soft notices” warning individuals that they may have misreported or neglected to report crypto assets. The soft notices are named such as they ostensibly encourage voluntary cooperation. Ironically, there’s nothing ultimately voluntary about it, as if they are ignored violent enforcement can be brought to bear. One of the notices reads in part:

There are chilling undertones, coming from the group that targets small business owners and quiet dads in Missouri. Ironic to some is that the notices come from a government whose history of failing to prosecute large state-embedded banks with ties to drug and weapons trafficking, is indisputable. Hi-Vis Examples Made of Lawbreakers

This kind of power brought to bear is not uncommon for big cases involving large sums of money. Nor is it uncommon for the state to deal unusually harsh sentences in order to make an example of offenders. This is admittedly one of the ways government attempts to deter others from trying similar business ventures, and was reportedly mentioned in court documents even in Klein’s small case. In much larger cases, like that of Silk Road founder Ross Ulbricht, it’s argued to be an obvious technique, as the then 30-year-old was sentenced to double life imprisonment plus 40 years without parole, a punishment many murderers and rapists do not even have to face.

As for the recently indicted Green, his only crime detailed so far was running a website called “Destination Bitcoin” (which at press time appears to have been removed) and converting customers’ fiat to BTC for a fee. The juggernaut of state alphabet soup involved in the sting is impressive. FBI, IRS, Homeland Security, and Immigration Enforcement teamed up to bring about the case. From small-time hobbyists to big volume private traders, the crackdown on non-state-regulated exchange is ramping up, and it would appear that no one is exempt.

How do you feel about the current regulatory climate? Let us know in the comments section below. 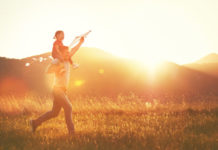 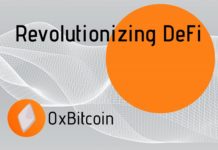 The 0xBitcoin Solution for the DeFi Industry

Celebrities Can’t Get Enough of Bitcoin

Bitcoin is not the asset of crypto experts and blockchain enthusiasts anymore. It is slowly but steadily infiltrating into the...