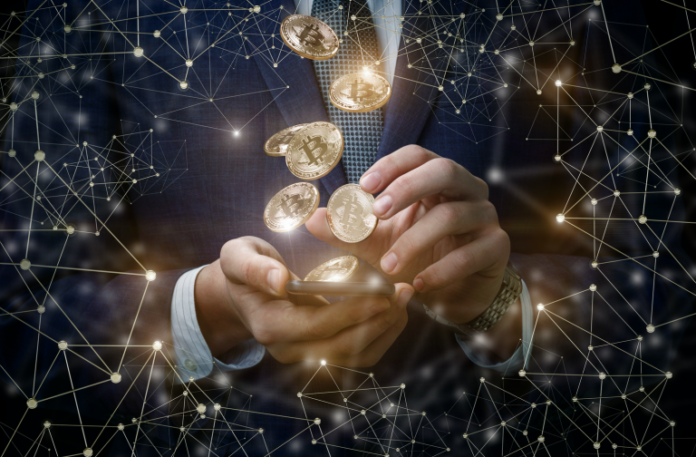 The introduction of institutional heavyweights like CME, CBOE and Bakkt to the bitcoin space was heralded by many as the key to solidifying bitcoin’s mainstream acceptance, and driving prices to a stabilized moon. While this hasn’t played out exactly as some predicted, it is still early in the game, and bitcoin futures markets do arguably exert an influence on spot price. The quality and degree of said influence is debatable, but in this article we’ll look at a few ways the still young BTC derivative markets can potentially push and pull on the charts.

At the end of 2017, both the Chicago Board Options Exchange (CBOE) and Chicago Mercantile Exchange (CME), introduced trading in bitcoin futures. This afforded many previously hesitant segments of the world market safer exposure to an asset deemed too dangerous to touch by many. It further allowed traders in countries where bitcoin was illegal or heavily restricted to benefit from the movements of BTC markets.

There is much debate as to if and how these markets significantly affect the bitcoin spot price, but comparing markets at specific times and climates can help analysts draw their own conclusions. When regulated BTC futures came on the scene in early December 2017, for example, bitcoin prices were already in rapid ascent.

On December 10, the day CBOE bitcoin futures launched, the BTC spot price saw a rise of over 10% and some speculated that the run up and meteoric rise of BTC to a December 17 all-time high of nearly $20,000 owed in part to excitement surrounding CME and CBOE futures. CBOE was the first to debut. CME futures had made their announcement two months earlier, in October, and notably launched on the exact day of the ATH, to see prices begin a precipitous decline soon after. Of course, many factors other than BTC futures are said to have played into the high bitcoin prices of late 2017 and early 2018. 2017 was the year of the ICO, with exciting and questionable projects popping up everywhere. Crypto was, prior to the regulations and reigning in of markets in years that followed, still a kind of financial Wild West.

While there are theories about financial giants manipulating markets by taking short positions in futures markets, and subsequently influencing public perception negatively via mainstream media, these accusations of market manipulation are hard to prove. Still, bitcoin futures did provide bearish investors a new means by which to short crypto markets, and some speculated this is what preceded the ensuing fall in price in 2018.

Hitting a new all-time high on February 6 this year, Bakkt’s open interest seemed to trace a 17% rise in BTC spot price which started January 24th. It makes sense that futures markets could be correspondingly affected by BTC spot price, but this doesn’t always seem to be the case historically.

Evidenced by record numbers for Bakkt in November 2019, in the midst of a $1,000 BTC market plunge, institutional futures sometimes seem to hold their own. Of course, the product had just launched in September, and some might assign novelty and bullish sentiment regarding institutional involvement as the driving force there. Still, from November 2019 until the new year BTC spot prices would hover relatively steady at just over $7,000, lending to speculation about the power of institutional involvement for spot price stability.

Price gaps in futures markets are another point of interest. As news.Bitcoin.com’s Jamie Redman pointed out in February, spot prices tend to follow and “fill” price gaps in futures markets. A gap in CME futures in that same month, for example, was followed by an almost immediate correction on the spot market when futures trading reopened. However, these predictions do not always pan out. Some recently predicted there were “no more gaps” on March 10, and that a bull run was in the works. Prices would plummet almost $4,000 in the next few days.

Bakkt and CME bitcoin futures have taken a big hit due to the economic recession now underway as a result of coronavirus fears and ensuing business and travel shutdowns, with crypto analytics group skew noting a “50% collapse in bitcoin futures open interest last week.” There is almost no activity on the CME options front, and the same goes for an even worse-off Bakkt.

CBOE, for it’s part, announced it would no longer be offering bitcoin futures back in March 2019, but current contracts remain tradeable until they expire in June.

Whether institutional futures and options markets may step in here with greater contract numbers and surprise speculators as in previous dips is uncertain. As spot prices continue to be affected by media and bitcoin whales moving financial clout, institutional players like Bakkt and CME inarguably offer a relatively new and regulated forum by which movers and shakers in the crypto world can find novel ways to leverage markets, and by which analysts can learn more about BTC spot price and how it moves relative to these.

With heavy regulation, though, comes risk and dependence. Perpetually waiting for the SEC to approve a bitcoin exchange traded fund, for example, doesn’t exactly sound like the decentralized or permissionless crypto mainstreaming a lot of Satoshi acolytes want. Further, the more bitcoin moves into institutional money, the more sway these legacy and regulatory financial powers will be able to exercise over market prices, for better or for worse.

Do you think institutional players are good for bitcoin? Let us know in the comments section below.

The post How Institutional Players Like CME, CBOE and Bakkt Influence the Bitcoin Price appeared first on Bitcoin News.