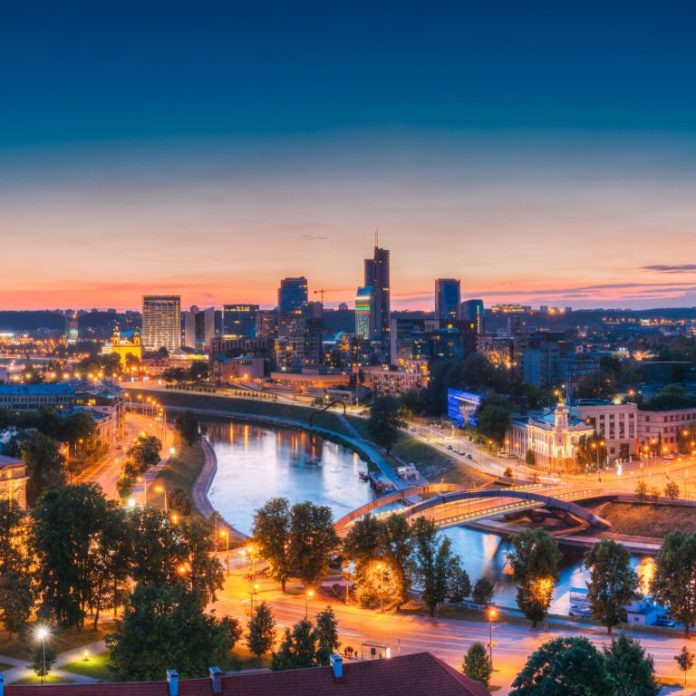 On the southeastern shore of the Baltic Sea lies Lithuania, a country of some 2.8 million. Most most people would struggle to place it on a map, and there are 77 European cities larger than its capital Vilnius, which number just 578,000. Despite this, Lithuania has outperformed nations 20 times its size in the token economy, making it Europe’s fifth largest country for crowdfunding. The small nation boasts a burgeoning cryptocurrency scene, aided by fast internet and a favorable regulatory climate. During the 14th century, the Grand Duchy of Lithuania was the largest country in Europe, but the country has suffered some shrinkage since then, centuries of skirmishes and annexations taking their toll. Today it ranks 35th out of 49 European nations by population, but in some respects Lithuania still punches above its weight. ICO Watchlist places Lithuania fifth for European crowdfunding, based on the number of projects to have launched within its borders; Bankera alone raised $150 million, and it has been reported that 10% of all ICO money raised last year went to the Baltic country.

It’s not the only nation in that part of the world to have embraced the crypto revolution; neighboring Latvia and its neighbor Estonia have are also cryptocurrency hotbeds, while adjacent Belarus recently legalized crypto and declared zero tax for cryptocurrency firms until 2023. Lithuania’s love affair with crypto is partially a regional thing, then, though its penchant for all things digital and decentralized seems stronger  even than that of its peers. Anecdotally that certainly seems to be the case; attend any crypto conference this year and the odds are you’ll have met more Lithuanians than you did Russians, Ukrainians, and Estonians combined.

Bescouted is a Steemit-based photography and creative casting platform that’s poised to launch its own crowdsale and native token. Its founder, Deividas Leilionas, believes that Lithuanians were primed to adopt cryptocurrency long before bitcoin was even a thing, explaining: “Historically Lithuania has always maintained high standards for education. After getting back their independence, Lithuanians were contracted to build software solutions for western companies, and hence developed a vast number of skilled engineers. The government is also very tech oriented and assisted with developing an excellent IT infrastructure. For a while, Lithuania was running the fastest internet per capita in the world.” Vladas Jurkevičius, the CEO of Lithuanian digital identity startup Safein, echoes this sentiment, adding: “Lithuania doesn’t have a track record of world-famous tech startups, and we didn’t have access to large VC funds. ICOs and crypto communities remove boundaries so that no matter where you are located, only the team, technology and idea matters. In addition, the blockchain community is very strong within Lithuania; people share their ideas and experience freely. The country is famous for its regulatory framework for fintech companies as well, and when blockchain technology was on the rise, a lot of projects received support from the government.”

Cryptocurrency Is a Great Leveler

One of the greatest things about cryptocurrency is that it gives nations a chance to compete on an even keel. It doesn’t matter what your GDP is, or how many nukes are locked in your bunker: on the internet, everyone’s equal. This has given countries that have traditionally lagged industrially and economically a chance to make amends. From tiny islands to humble nation states, a series of global outposts have made it known that they’re open for crypto business. In terms of cryptocurrency adoption, for example, the UK has long been synonymous with bitcoin. (It’s even been speculated that Satoshi may have been British on account of his spelling and colloquialisms.) But the UK government has been glacially slow to capitalize on cryptocurrency, allowing European nations such as Serbia, Slovenia, Switzerland, Malta, and Lithuania to steal a march.

Joao Martins is head of business development for Birdchain, a Lithuanian tokenized advertising and rewards platform. He moved to the country two years ago from his native Portugal and has been smitten with it ever since. Joao speaks of sensing “the beating pulse of a whole generation embracing this adolescent energy [of cryptocurrency] with a voracious hunger and drive to prove their worth to the world”. Like Be Scouted’s Deividas, he praises the country’s internet quality and notes: “Since they became part of the EU, there has been a clear path of investment in technological infrastructure and education…Lithuania is also a small society where entrepreneurs get in touch with their peers and openly exchange experiences. Blockchain and cryptocurrency hit Lithuania at the right moment and was gratefully seized”.

Cryptocurrency is an alien aircraft, crashing landed in a pasture, and global governments are the startled cows trying to make sense of it. Some are spooked, and some oblivious, while others walk right up, give it a lick, and decide they like what they see. Right now, Lithuania and its neighboring territories are at the head of that herd.

What other small countries do you think are over-achieving when it comes to cryptocurrency innovation? Let us know in the comments section below.

The post How Lithuania Became a Hub of Cryptocurrency Innovation appeared first on Bitcoin News.

Johannesburg-based investment management company, Sygnia Ltd., has announced its intention to launch a cryptocurrency exchange, Sygniacoin – which is expected...